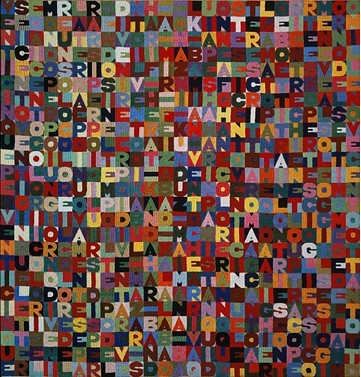 Moderna Museets Vänner was formed in 1953, five years before Moderna Museet moved into its original premises on Skeppsholmen.Since then, the Friends have donated nearly 100 works of art to Moderna Museet.
The emphasis has been on acquisitions of contemporary works by international artists, including Eva Hesse, Meret Oppenheim, Robert Rauschenberg and Gerhard Richter. These works are essential to the collection, and they feature recurringly in presentations of the collection at the Museum.

Back in 1925, an art society was founded under the name of Föreningen för Konst, which later became Föreningen för Nutida Konst (Society for Contemporary Art). Together with the donations made by these two organisations, the number is now 225 works. Among these early donations are paintings by some of the most famous Swedish artists at the time, including Ivan Aguéli, Nils Dardel, Hilding Linnqvist and Vera Nilsson, who have been presented in solo exhibitions at Moderna Museet.

The Pontus Hultén Study Gallery highlights a selection of works that demonstrate the breadth of these donations and the times in which the Friends have operated. The exhibition includes Kurt Schwitters’ collage from 1921, Jean Fautrier’s bronze bust from 1943, Jean Tinguely’s moving sculpture from 1959, Joseph Beuys’ object, drawings by Öyvind Fahlström and Cristo from the 1960s, Paul McCarthy’s drawings from 1970-84, Bridget Riley’s and Aligihero Boetti’s respective interpretations of painting from the 1980s, video art by Annika Eriksson and Rosemarie Trockel, and painting by Damien Hirst from the 1990s, along with Sofia Hultén’s sculpture from 2010 which was awarded the Friends of Moderna Museet Sculpture Prize in 2011.
www.modernamuseet.se