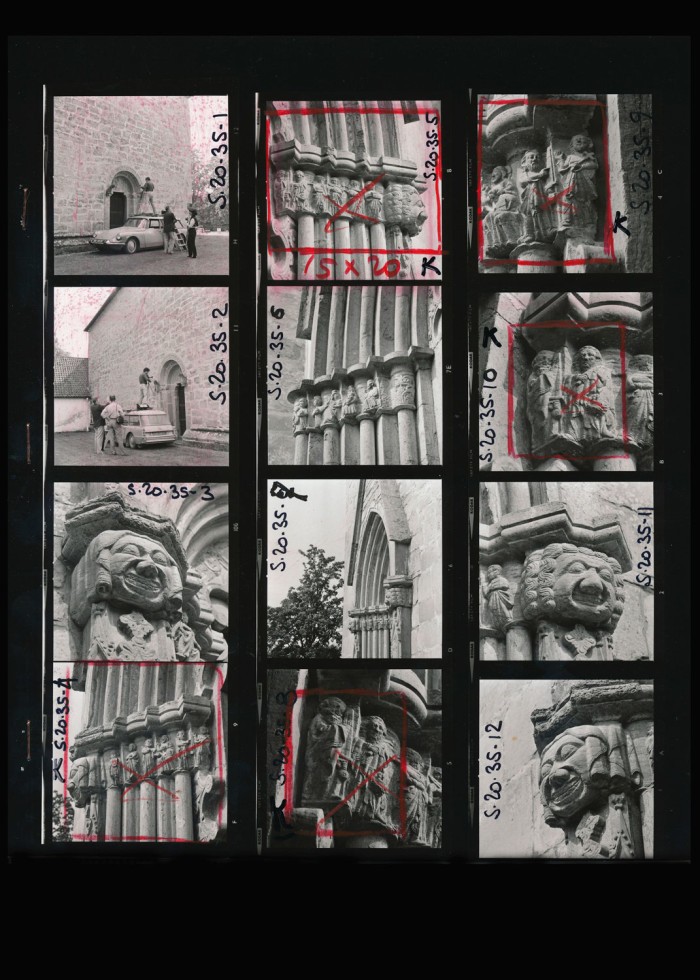 In the late 1950s, the multifaceted artist Asger Jorn (1914–1973, Denmark) began working on an alternative art history: his ‘Scandinavian Institute of Comparative Vandalism’. Jorn intended to create an encyclopaedia in 32 volumes covering Nordic folk art, but tens of thousands of photos for the project ended up unused in a massive archive. The exhibition Comparative Vandalism is based on these images.

Asger Jorn spent the summer of 1964 on Gotland. This trip was part of the art historic project he called “10,000 Years of Nordic Folk Art”. He had devoted several years of research travel to the project – with the ultimate goal of producing a series of 32 art books consisting mainly of Jorn’s own photographic compositions. Initially, he was promised support from academic sources, but the funding never materialised, and tens of thousands of photos were relegated to an archive that he called the ‘Scandinavian Institute of Comparative Vandalism’.

The exhibition features Jorn’s approach, by studying the photographic contact sheets from his Gotland journey in 1964. With the concept of comparative vandalism as his point of departure, Jorn attempted to renegotiate art history and artistic practices. Hypothetically, there could be an undercurrent of singular visual styles stretching from the Migration Period and the Vandals, undercurrents which are hard to categorise. Could folk art put us in direct contact with artistic intentions that have been lost in modernity?

In the photographs, the subjects are separated from their contexts. Enlargements of details make it possible to compare shapes, and prehistoric, mediaeval and contemporary periods are combined in an archaeological montage.
www.modernamuseet.se