Eclipse - Art In a Dark Age 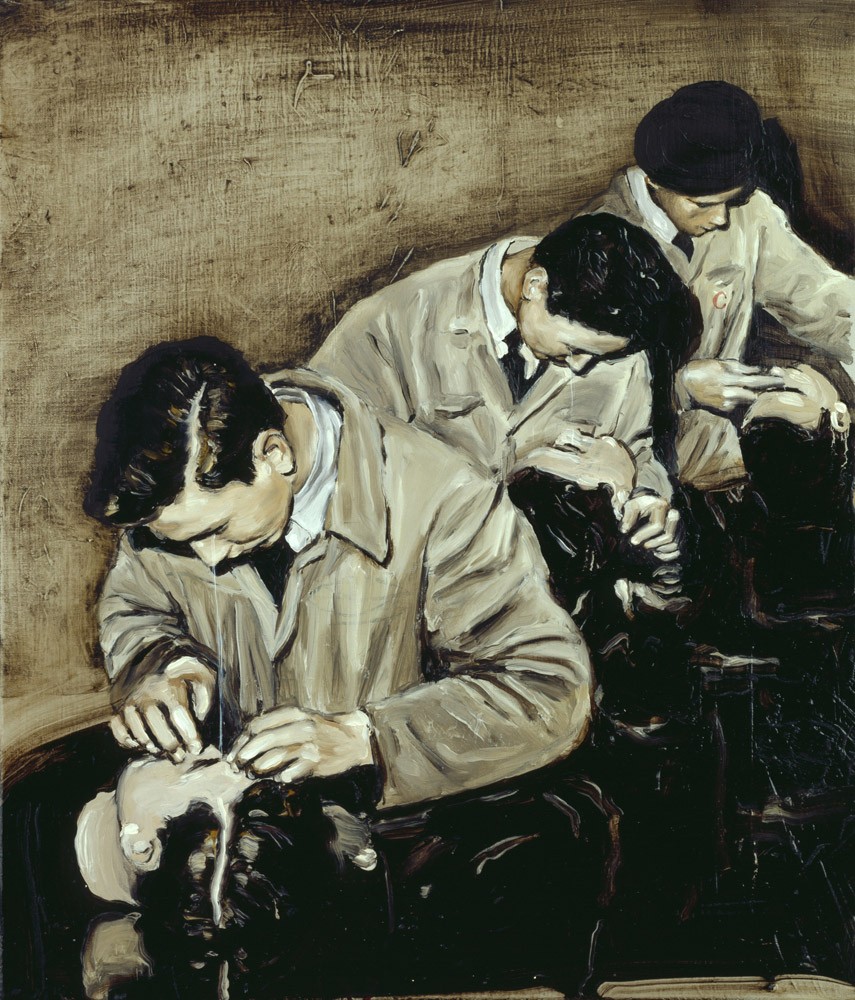 Eclipse, a darkening of the sun, describes both a situation in society where many of the ideals of the Enlightenment appear to be abandoned – and an artistic approach. The artists in this exhibition of international contemporary art share a lack of faith in a didactically enlightening culture; hence the metaphor in the title.

The artists in Eclipse work with installation, sculpture, performance, video projection and painting, exploring and portraying fields that are irrational, dark or politically incorrect. Several of them have a fascination for the absurd sides of life, resulting in refreshingly humorous works. Existential issues concerning the conditions of mankind are the starting-point.

Magnus af Petersens, curator, Moderna Museet:
“Eclipse is both a statement and a question about art today. If artists in the 90s were preoccupied with reality, a stance that could be expressed, for instance, in documentary strategies and relational aesthetics, many artists today are more interested in speculation, in reflecting the incomprehensible. It may sound drastic to say that we are living in a dark age. But after 11 September, in an era of political upheaval, we are seeing a rise in intolerance. The exhibition highlights art that is not political in a simplistic way, but asserts its right to say the wrong thing, art that uses the license of fiction to experiment.”

In conjunction with the exhibition, a catalogue will be published, with essays by Magnus af Petersens, INS – International Necronautical Society, and others. The INS essay, written by the group’s General Secretary Tom McCarthy, will also form part of their work shown in Eclipse.
www.modernamuseet.se