The 1st At Moderna 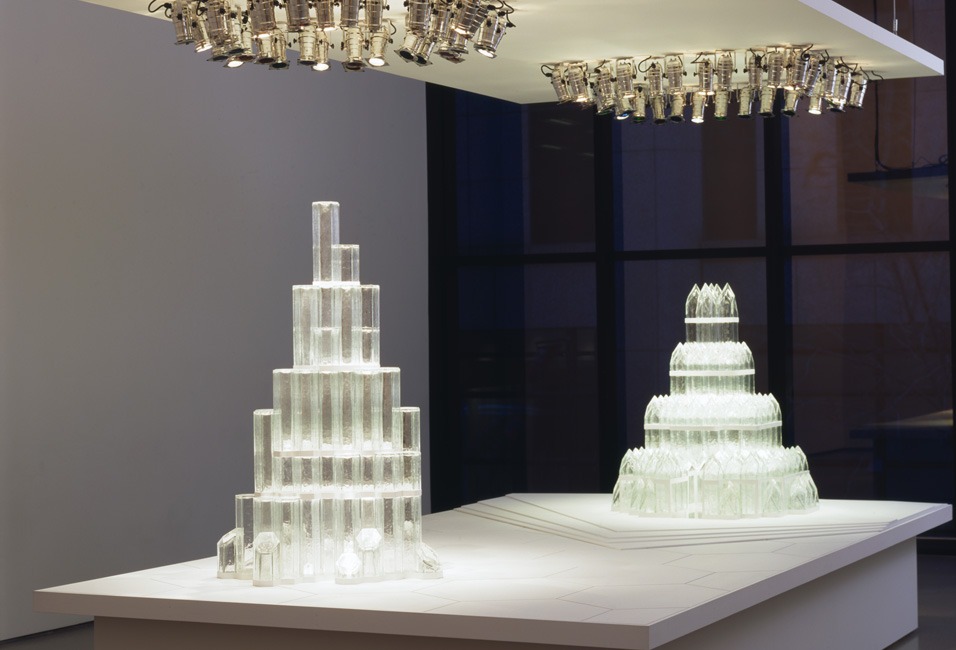 The Alpine Cathedral and The City-Crown

Josiah McElheny’s works can be seen as multilayered dialogues with art history, whereby his starting points often seem to be a curiosity about and fascination with the play between Modernism and modernity.
His knowledge and skills in the art and techniques of glass blowing have led him to research notions of mirror reflections, of transparency as well as opacity. McElheny seduces the viewer’s eyes with his objects and at the same time leads him or her to explore the play of appearance and surface and their relations to reality, truth and imagination.

Josiah McElheny’s sculptural installation The Alpine Cathedral and the City-Crown is presented as if it was an architectural model with a table-like wooden base, on which two crystalline objects arise like towers. The lighting from below and above – from a lowered ceiling – suggests that the installation constitute a world of its own. Its translucent glass buildings are lit in a shifting array of different colors which provides the viewer with a fairytale-like spectacle. This light forces the eye and mind to wander in an attempt to relate the changing impressions to the role light plays in perceiving the world and to the different qualities of glass from transparent and invisible to nearly opaque and massive.