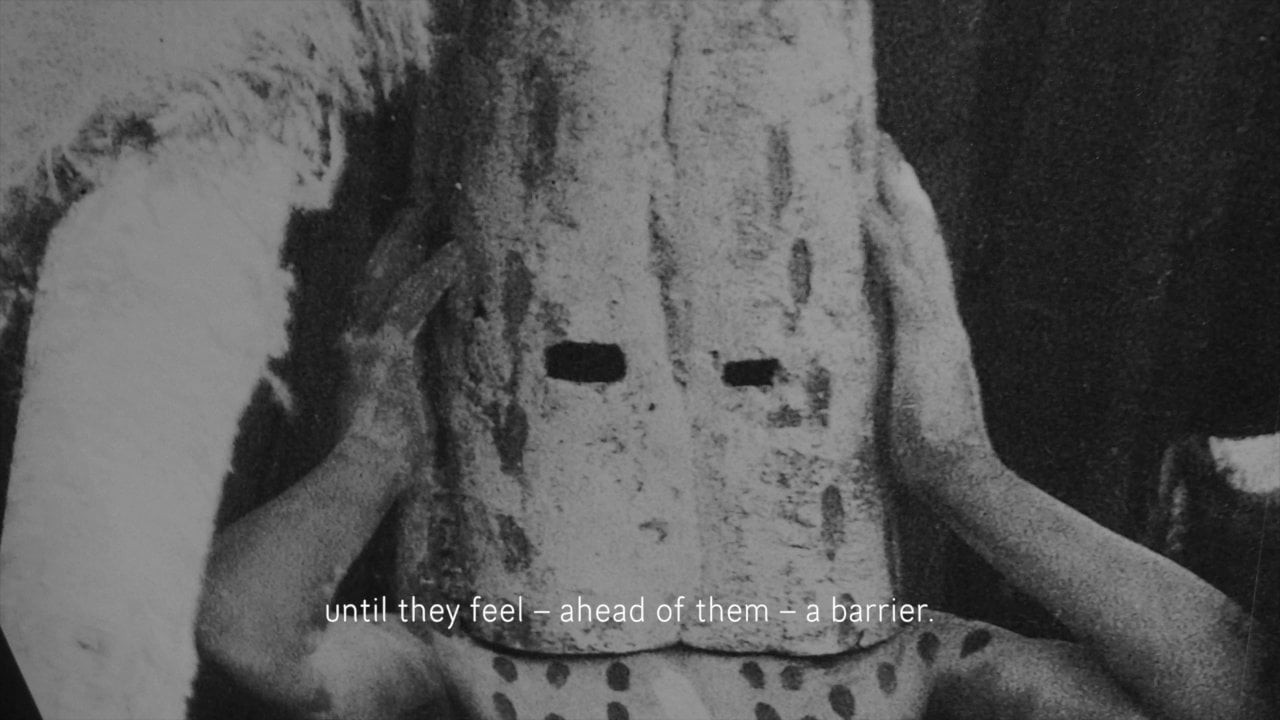 Lina Selander is one of Sweden’s most innovative moving image artists. She alternates with ease between different eras and environments, intertwining fragments and denaturalising memories into a composition that evokes a sense of the enigmatic meanings of reality. Selander’s artistic vision highlights historic traumas in a way that shows us our own time in a new way. With the exhibition Excavation of the image – Imprint, shadow, spectre, thought she has appropriated one of the most exquisite rooms in Arsenale and set it in motion.

Several of my works deal with the desires and failures of modernity. I examine and disassemble in my films but there is nothing journalistic about my approach. I like material that already has a history, and have a desire to return to over-documented places swamped with stories, documents, images, and which have radically changed our perspective on history, says Lina Selander.

Lina Selander’s films and installations can read as compositions or thought models, where ideas and conditions are weighed and tested. Her works often focus on junctures in history where a system or physical place collapses and something new emerges; narratives of mechanical cinema are juxtaposed with digital video, political or economic systems plummet into something new. Each work constitutes a rich archive of facts and observations, occasionally in dialogue with other films, art or literature.

Image meets text in a flow where motifs, sounds or sentences recur like obsessions or code. Montage is used to create pauses or set images against one another. But montage also involves the risk of losing content, causing perceptual gaps.

Lina Selander examines relationships between memory and perception, photography and film, language and image. The precise, rhythmic editing and use of sound and silence in her films create their own temporality and strong inner pressure. Selander’s works are intriguingly poetic, revealing layers and experiences of time in search for the primordial status of the image, says curator Lena Essling.

The exhibition Excavation of the image – Imprint, shadow, spectre, thought compiles a group of works and documents describing a migration between utopia and collapse. Where technological or ideological development as generators of energy and destruction are inescapably linked. The installation Lenin’s Lamp Glows in the Peasant’s Hut (2011) is based on Dziga Vertov’s film The Eleventh Year from 1928, about the construction of a hydroelectric plant by the Dnieper, juxtaposing it with contemporary footage from nearby Pripyat, a ghost town after the Chernobyl disaster. A series of radiographies corroborate the symbiosis between early photography and the discovery of radioactivity, which, in turn, seems to presage the invisible code of digital photography.

In Anteroom of the Real (2011), the artist’s hands browse stills from the same material, raising questions of representation and creation of meaning. Model of Continuation (2013) is the hub of the exhibition, where the stratified spatialities of the film describe a series of relationships between experienced, recorded and projected image. Silphium (2014) is based on an ancient coin imprinted with the eponymous priceless and now extinct medicinal herb. The sense of something lost and obscured is like a filter across the film’s fragmentary historiography; Hans Holbein’s enigmatic painting The Ambassadors, Chris Marker’s film La jetée, with its time warp. The entirely new work The Offspring Resembles the Parent (2015), like Silphium a collaboration with Oscar Mangione, ends in a contemplation of fictive economies, dormant powers and hyperinflation of values – human and monetary.

Montage forms a superstructure in Lina Selander’s cinematic installation in Arsenale – in the contrast between the different meanings and materiality of the films and objects, between projection, light and shadow. The draperies in the open space allow image, sound and information to leak between the different parts. The soundtracks links the pictorial surfaces and creates its own landscape, at once random and composed. As viewers, we edit our own experience as we move through the space.

Exhibition architecture by studio nāv Carl Fransson Thomas Paltiel. In conjunction with the exhibition, a richly illustrated catalogue will be produced by Moderna Museet, including contributions by Lena Essling, film theorist Raymond Bellour, and a conversation between Lina Selander and Oscar Mangione moderated by Kim West. The catalogue is co-published by Moderna Museet and Koenig Books.