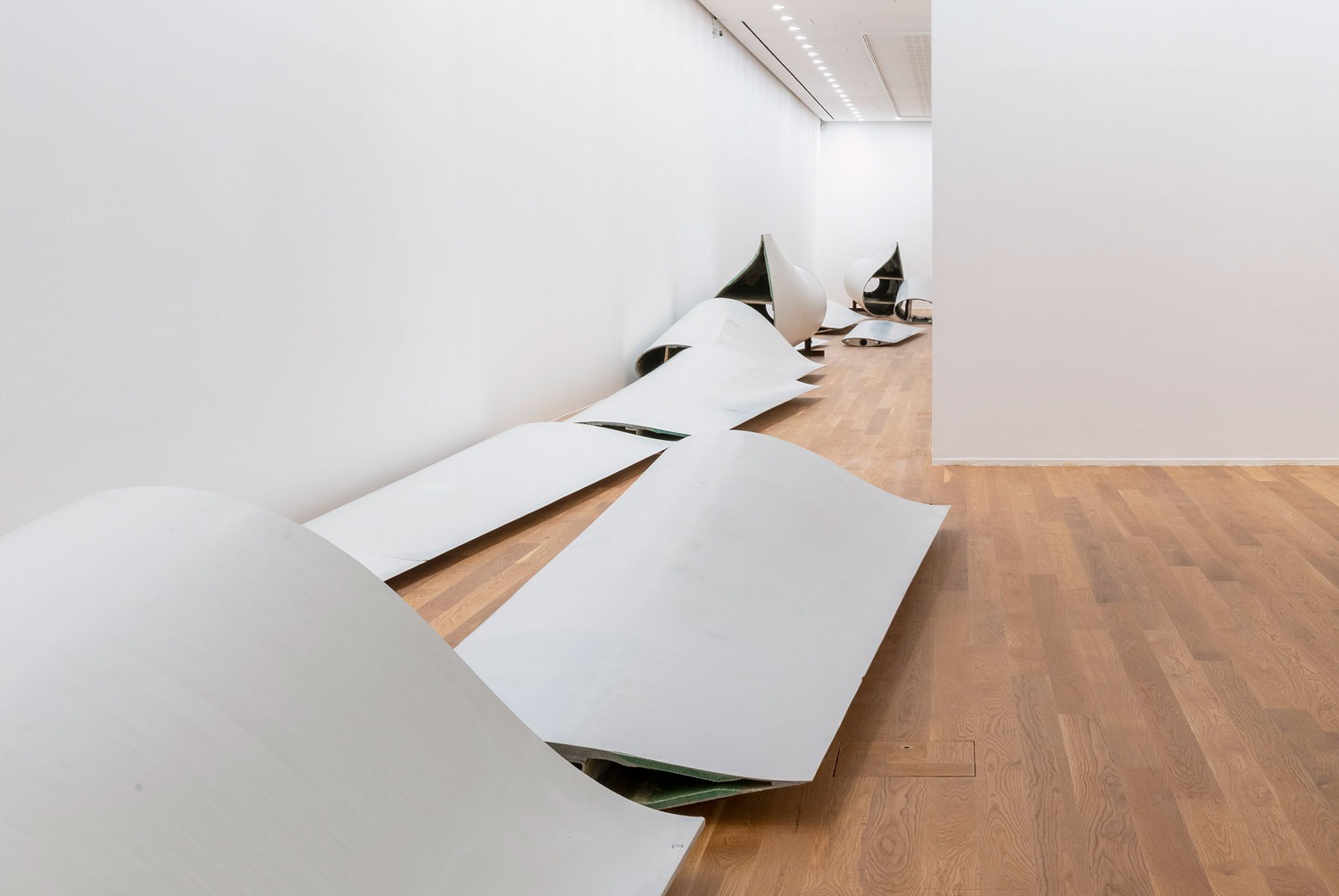 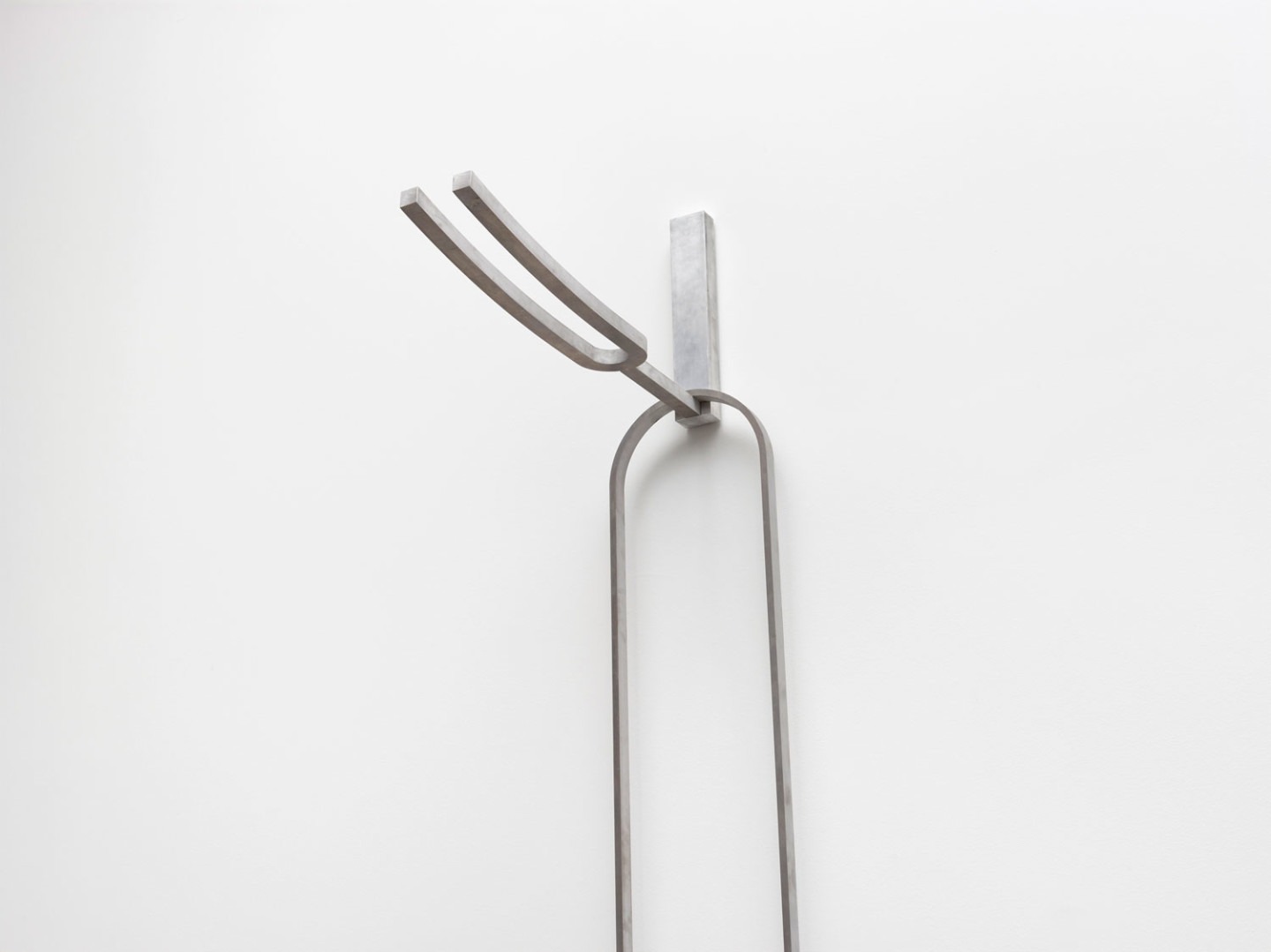 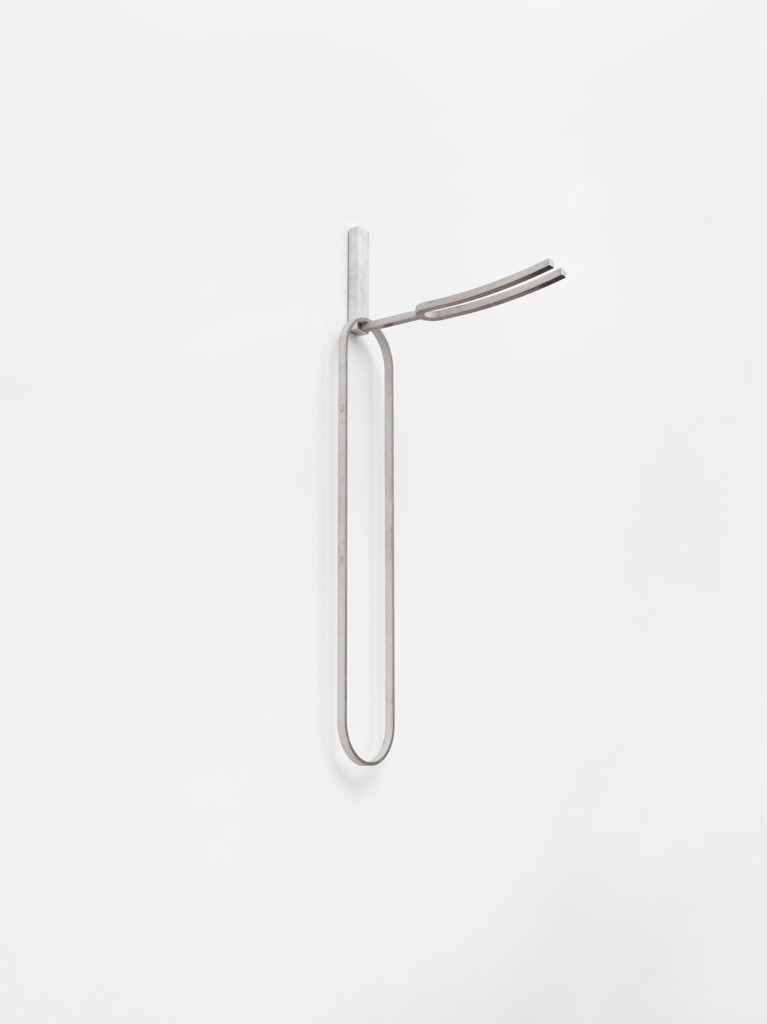 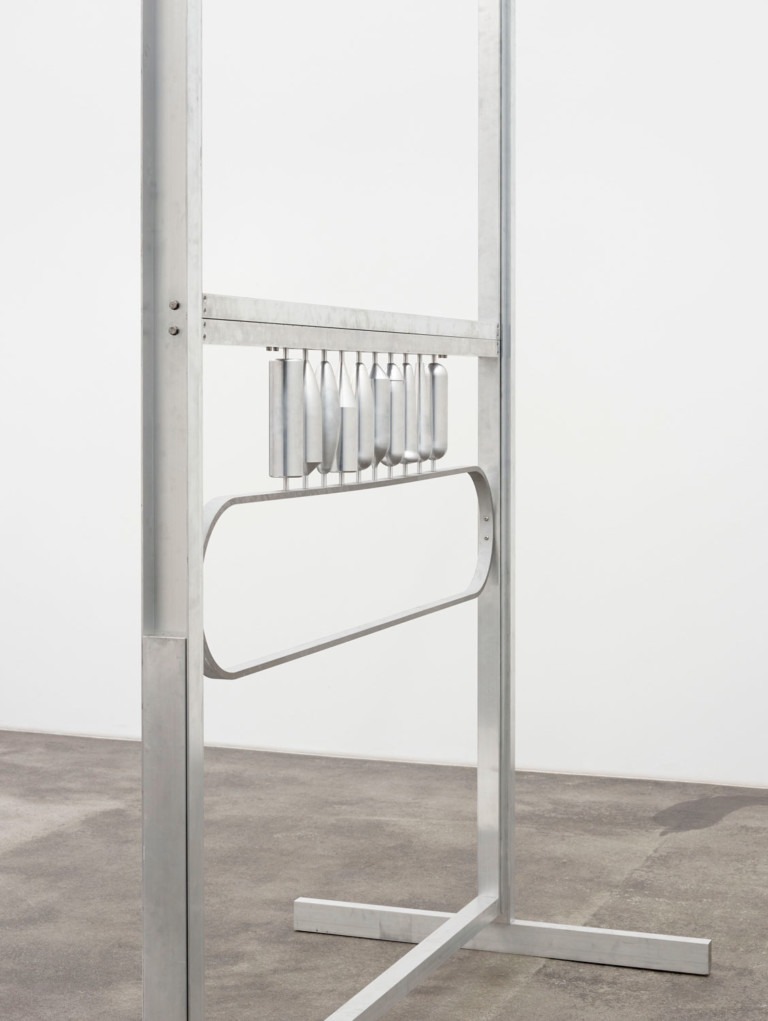 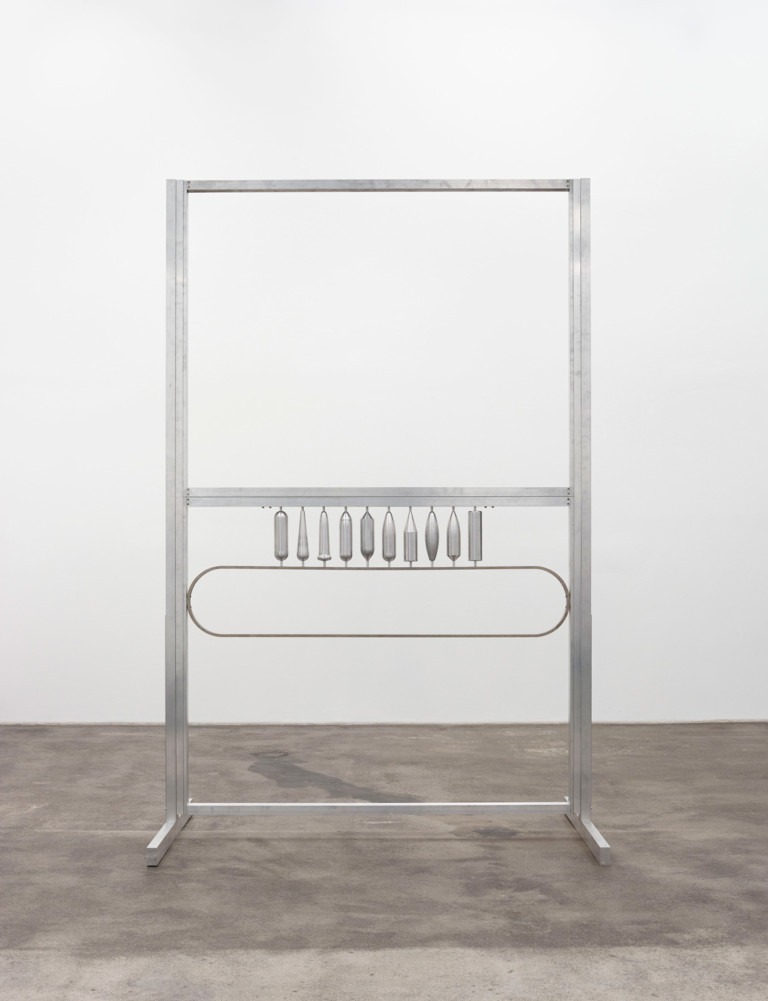 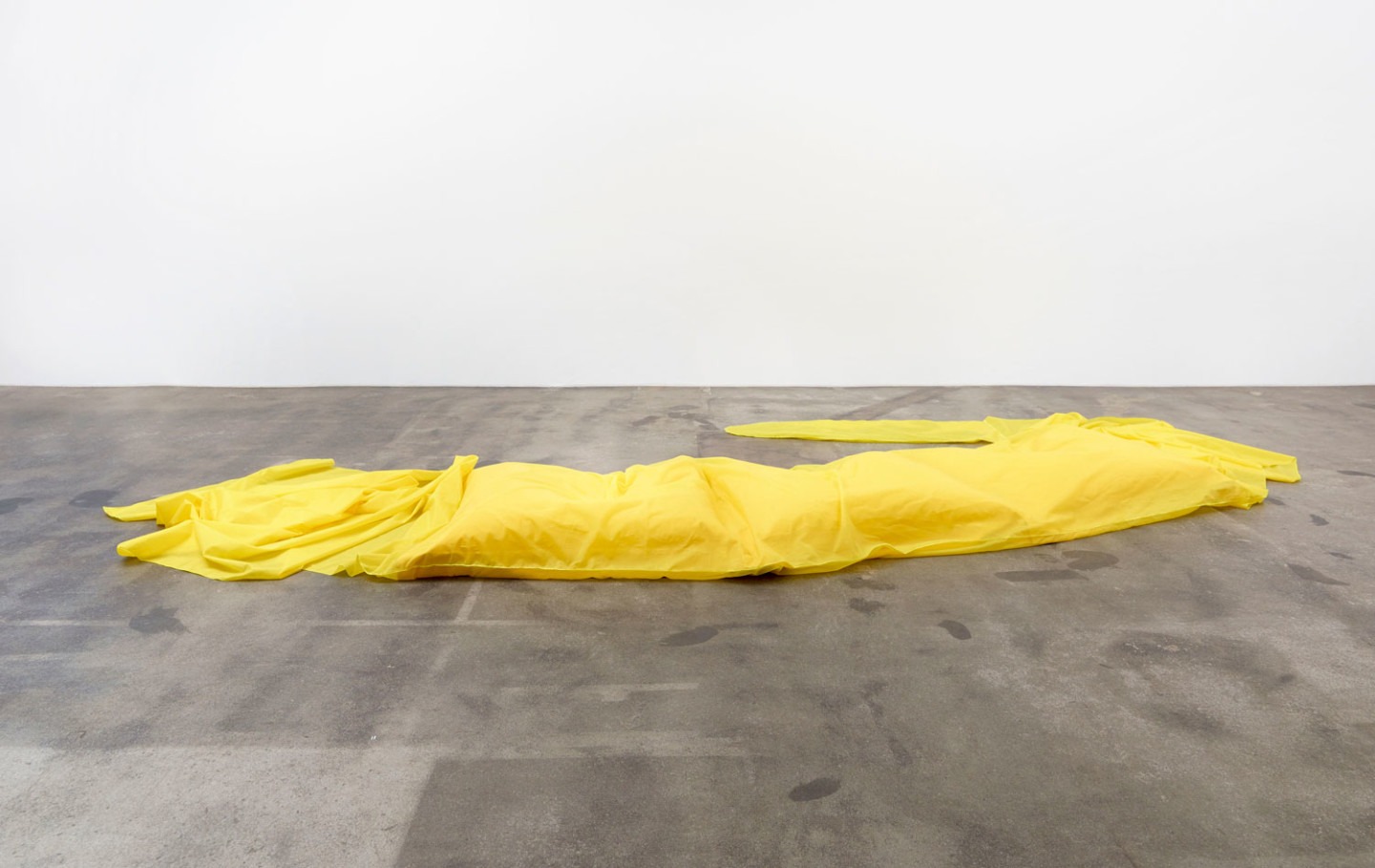 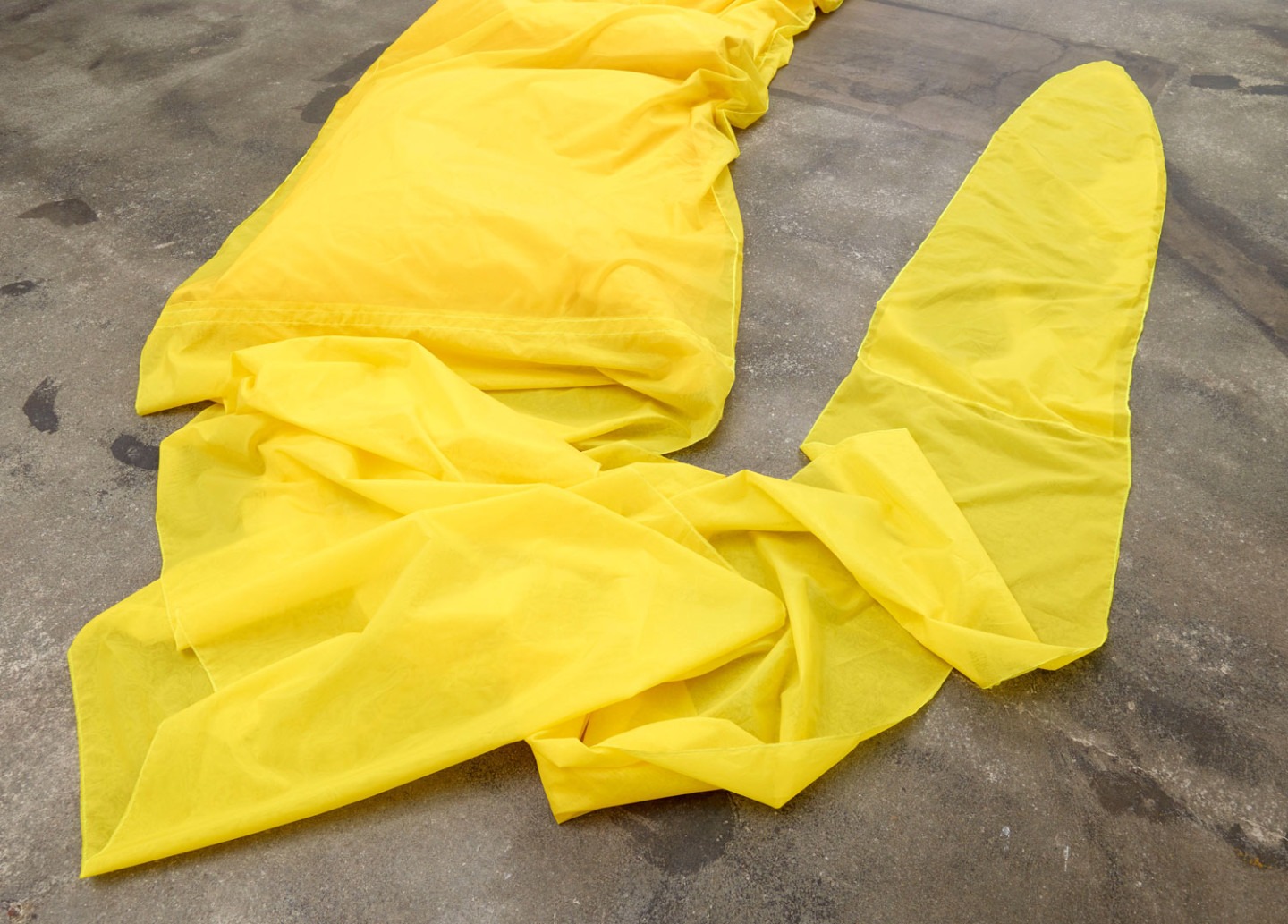 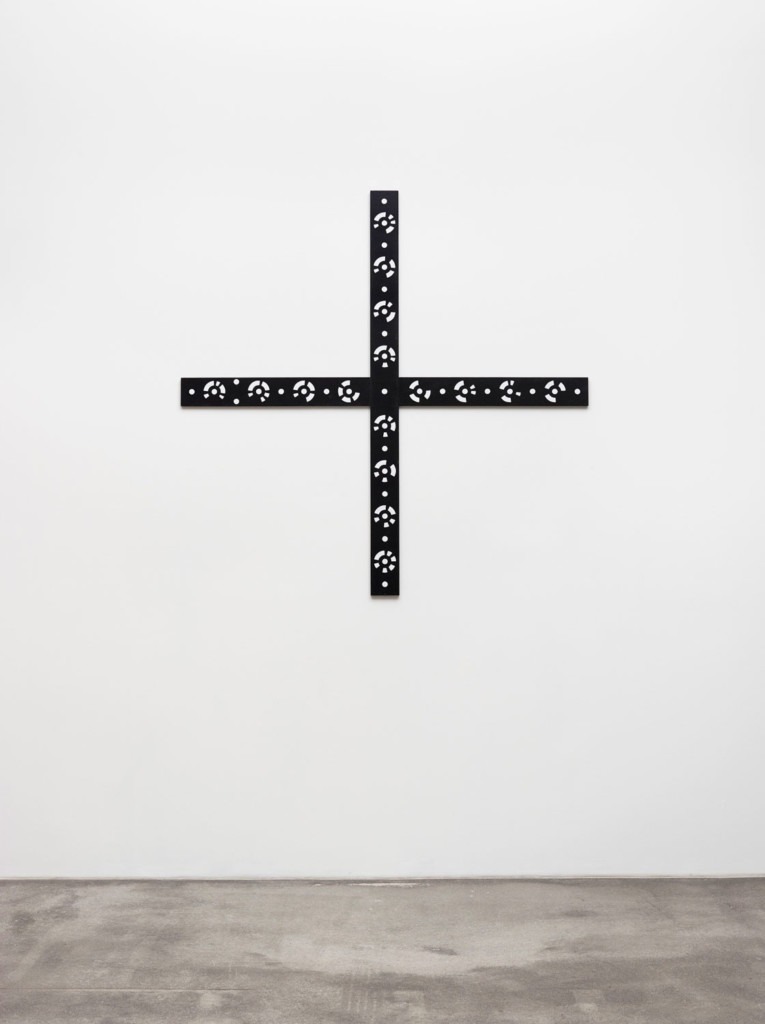 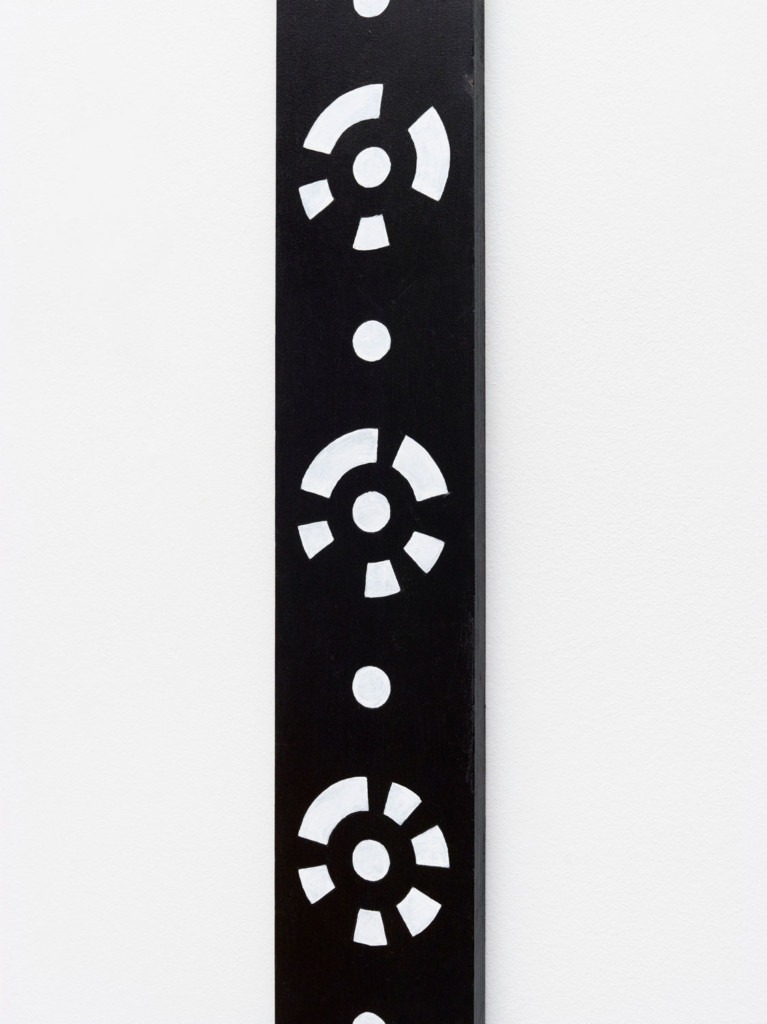 Lea Porsager, CALIBRATION CROSS, 2020 © Lea Porsager. Photo: Malle Madsen
Consisting of new work, ”Stripped” is Lea Porsager’s first major solo show in Sweden. We are in the realm of sculpture – and at the same time somewhere else entirely, with elements such as magnetic prayer wheels, sexualized icons, digital animation, a saggy beanbag, and blades from a windmill cut into slivers.

A giant set in motion by amorphous wind, the windmill symbolises the power of human imagination. Can we push our imagination further, to glimpse what is on the other side? Do we have any choice but to try, if we want to transform ourselves and our relation to the world?

The exhibition builds on ideas and motifs from tantric meditation, religious painting, and quantum theory. This is in line with how artists and spirit mediums have used technology and scientific discoveries – such as electricity, magnetism and radioactivity – to link immaterial and physical realms. The mixing of science and esoteric knowledge was a search for the spiritual, and challenged modern reason.

Porsager leaves forms and materials both excited and exhausted: vulnerable and intense states through which we can tune in to more-than-human forces. When world views collide and openings arise between different realities, it might create a potential for new experiences and pleasures – and for other interpretations of what and how we know.

The exhibition is Lea Porsager’s first major solo show in Sweden, and will consist entirely of new works. With an oeuvre that is based in research and spans themes such as mysticism, feminism, and science, Lea Porsager uses a wide array of artistic media and approaches, including sculpture, filmmaking and writing.

Lea Porsager is born 1981, she lives and works in Copenhagen and has participated in exhibitions such as documenta 13 (2012) and the 14th Istanbul Biennale (2015). In 2018, her ”Gravitational Ripples” was inaugurated on Djurgården in Stockholm – an earthwork commissioned to honour the Swedish victims of the tsunami disaster in South East Asia.