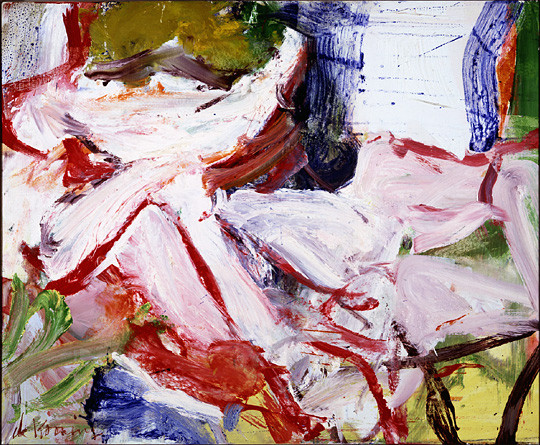 The first part to open covers the period from the end of the Second World War to the mid-1970s. The presentation starts with works by Germaine Richier, Robert Rauschenberg and Francis Bacon – artists who sought in various ways to find new expressions in a dark era of war, social criticism and desperation.

One room will open that is devoted to the Swedish painter and object-maker Dick Bengtsson and his fascinating imagery. Others included are Andy Warhol, Öyvind Fahlström, Lee Lozano and Claes Oldenburg, represented by their works from the 1960s, a period dominated by pop art. The artists Joseph Kosuth, Mary Kelly and Martha Rosler reveal different aspects of text- and idea-based conceptualism.

The second part of the new presentation will be installed early this summer, from 12 May to 21 June. It will focus on early modernists such as Georges Braque, Sigrid Hjertén, Ernst Ludwig Kirchner, Emil Nolde, Wassily Kandinsky and Lyubov Popova, followed by Sven X:et Erixson, Vera Nilsson and other artists who were active between the wars.

The final part will be hung towards the end of the summer, and will present several prominent contemporary artists, including Mike Nelson, Fia Backström and Doris Salcedo.

The new presentation of the collection is roughly chronological, with a few thematic highlights and side-tracks. Films and texts will be relate the various narratives to the period in which the works originated, thus linking them to our time when they are shown at Moderna Museet.

Film in focus this spring!

This spring, Moderna Museet is exploring the links between experimental film and art. Step by step, our new presentation of moving images is emerging. We are currently showing works by Dziga Vertov, Maya Deren, Andy Warhol, Robert Smithson and others. Over the next few weeks, seven exhibition spaces at Moderna Museet will be filled with moving images.
www.modernamuseet.se