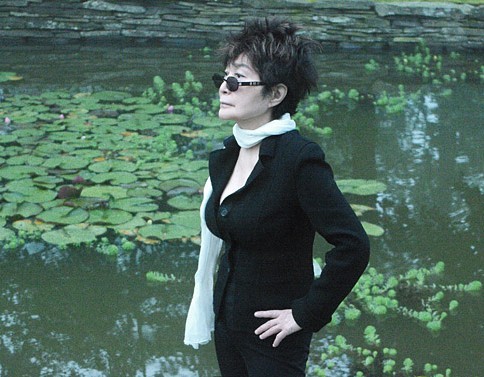 By the late 1950s, Yoko Ono had already begun creating poetic works in which text, music, performance and experimental painting merge. The exhibition has its starting point in Grapefruit, which Yoko Ono (b. 1933) published in 1964. This book contains ideas and sketches for painting, events, films, dance, music, painting, objects and architecture that the viewer can choose to carry out in reality, or simply in their own minds, if they like.

Yoko Ono moved from Japan to the USA with her family in the 1940s, and soon became a leading voice in New York’s most interesting artist circles, which worked with happenings, sound art, poetry and film. Alongside colleagues including George Maciunas, Marcel Duchamp and John Cage and others, Yoko Ono developed totally new modes of expression that questioned the artworld’s increasingly commercial preoccupations, and which left heroic high modernism behind.

The Grapefruit exhibition will include a selection of Yoko Ono’s ‘instruction pieces’, which invite us into imaginative ways of looking at existence and at the making of art. A number of experimental films and pivotal early works show Yoko to be a pioneer of conceptual art and the international fluxus movement, and also reflect the artist’s lifelong struggle for peace and love.

Grapefruit has continued to inspire new generations of readers, and especially new generations of artists who are interested in art as ideas and processes, and practices based on scores and instructions. For the exhibition at Moderna Museet, Yoko Ono has written a new instruction, Search for the Fountain. The text has been sent to some 20 artists who have been invited to respond to, and comment on, the text in various ways. The fountain is a recurring metaphor in Yoko Ono’s oeuvre, sometimes symbolising a source or something that is in perpetual motion. Perhaps we can even sense a link to fluxus (Latin for flow), the name of the international art movement that Yoko Ono is often associated with, and which developed an entirely new approach to what art can be. Search for the Fountain is a distinct example of how Yoko Ono intentionally leaves the materialisation of her artistic ideas open to interpretation, but also how she assumes that viewers will handle and reinterpret the concept from their own perspectives.

The exhibition has been produced by Moderna Museet.
www.modernamuseet.se