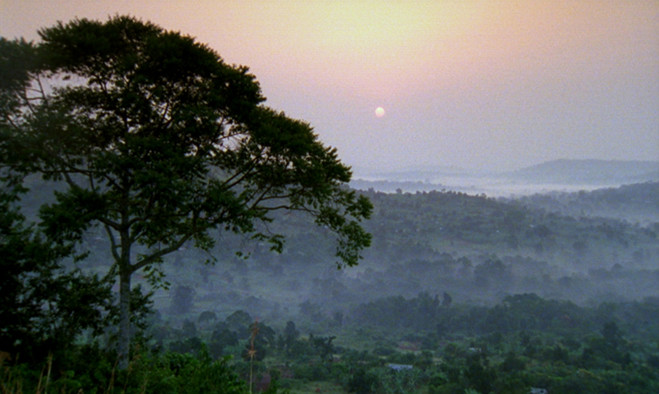 These four films, which are presented separately, are related to one another in style and content. Despite differences in tempo and structure, the cinematic works portray a sense of existential vulnerability. From the calm contemplation of a war zone, to the reception of a stranger by a harsh, territorialistic society, these films tell short stories about the current situation in a not too distant world. The results of a devastating war are portrayed in Zarina Bhimji’s Out of Blue, without any immediate links to specific events. Similarly, the people we meet in Adrian Paci’s Turn On, whose daily chore in the film is to keep a lightbulb burning with the aid of a petrol engine, and the aggressiveness in Francis Alÿs’ El Gringo can be found all over the world. Anri Sala concludes our film programme with the moving Time after Time.

The film programme is organised by Joa Ljungberg and Andreas Nilsson. All the films are part of the Moderna Museet collection.
www.modernamuseet.se