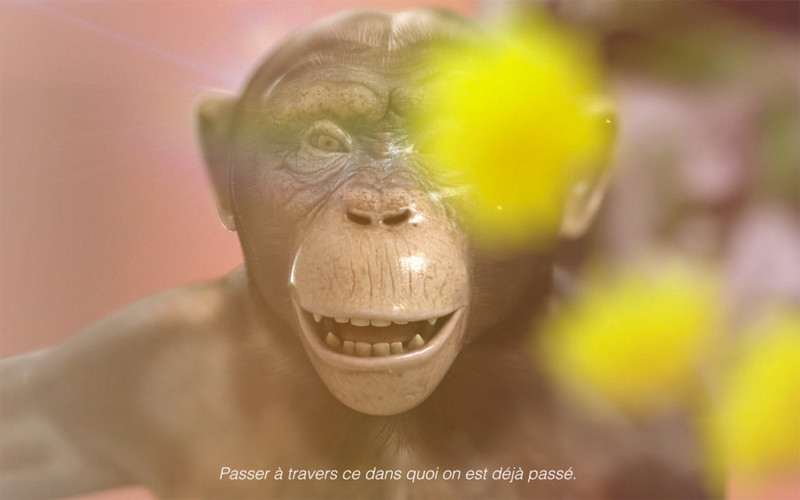 Moderna Museet Malmö is now presenting the second chapter of the extensive video-based exhibition project THE NEW HUMAN, continuing our exploration of the human condition in a rapidly changing world. This chapter of the project has the subtitle Knock, Knock, Is Anyone Home? and searches for remaining traces of human life, while examining the fading line between man and machine.
How do we perceive ourselves and relate to each other as humans in an era characterized by rampant technological advancement? How do we live and interact, care for, exploit, organize, and control each other? And what kind of future awaits us? When we open the doors on the second chapter of THE NEW HUMAN, we again turn our attention to the conditions for human life, but this time with a focus on technological progress and how it is changing and reshaping our existence as human beings.
First chapter
You and I in Global Wonderland served as the subtitle of THE NEW HUMAN’s first chapter. That exhibition dealt with how we evaluate, understand (misunderstand) and treat each other in a world characterized by intensified globalization and migration. It featured poetic reflections on the particular mental state that can occur in people who live in and between several cultures, and on what could be described as the largest machine of our time—global capitalism, whose structures and logic have become more natural to us than nature itself. It also included documentary video reports of the rapid growth of nationalistic and neo-fascist ideologies in different parts of Europe. And during one very emotional September evening, the people of Malmö gathered in a lecture hall to bear witness to Europe’s handling of the refugee crisis, exemplified by the situation just then unfolding in Hungary. The brand new video reports confronted us with images of exhausted parents, pressed against barbed wire borders with infants in their arms, and of police officers attempting in different ways to withstand a chaotic deluge of human suffering.
Second chapter
Now with the project’s second chapter Knock, Knock, Is Anyone Home?, we encounter totally different types of human-looking creatures. We’re presented with individuals who appear to have mutated through information technology, hyper-consumption and global corporate culture into something beyond human. The way they move is characterized by patterns of narcissistic poses and the way they speak is saturated with acronyms, internet jargon, and text-message abbreviations. In a completely bizarre chain of production, we witness goods being produced with the help of a female worker’s superhuman flexibility, while the final product gets its desirable freshness from her fellow workmate’s sweat. At the same time we experience a financial crisis under hypnosis, first in the role of a billionaire and then as an extremely poor person. In the final stage of this hypnotic session, we are also given an opportunity to free ourselves from the capitalist system entirely.
Several of the works in this chapter seem to point to a shift—perhaps a regression in human evolution, or a transformation into something new. New technologies have the capacity to infiltrate our bodies and turn us into cyborgs, thus dissolving the categories we have used to divide the world into opposites, like living and non-living or natural and artificial. The digital revolution has fundamentally changed the way we relate to the world and to each other, and there is no longer a clear dividing line between actual reality and virtual reality. We communicate and socialize more and more through computers and screens, and the enemy in modern warfare is increasingly transformed into an animated figure in computer games. How does this affect our empathic capabilities and our feelings for each other as human beings? Knock, Knock, Is Anyone Home? oscillates between the hysterically absurd and deeply serious. As humans we seem to be skirting the borderline between final disaster and the formation of something new. A question that arises is whether it’s even going to be feasible to be “human” in the long run. Or if we—consciously or unconsciously—will develop into something else, into a new kind of being better suited to life in a high-tech world of our own creation.
The artists participating are: Ed Atkins, Harun Farocki, Kerstin Hamilton, Helen Marten, Daria Martin, Ursula Mayer, Mika Rottenberg, SUPERFLEX and Ryan Trecartin.
www.modernamuseet.se