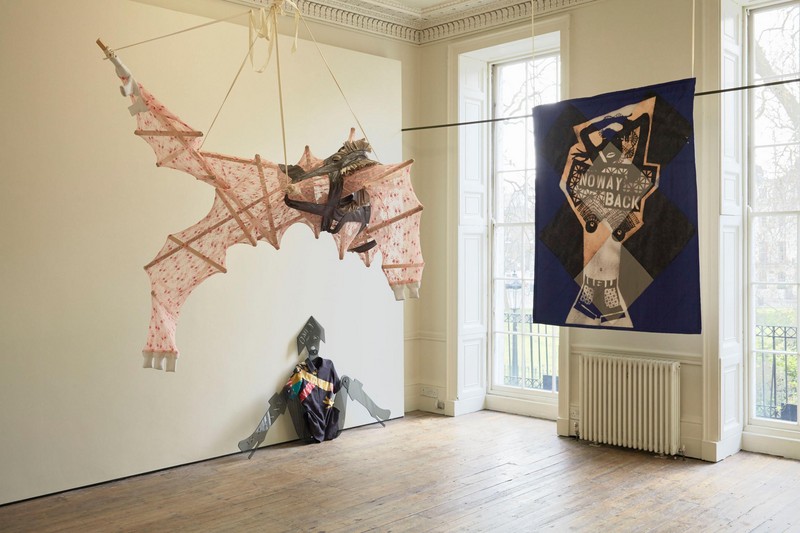 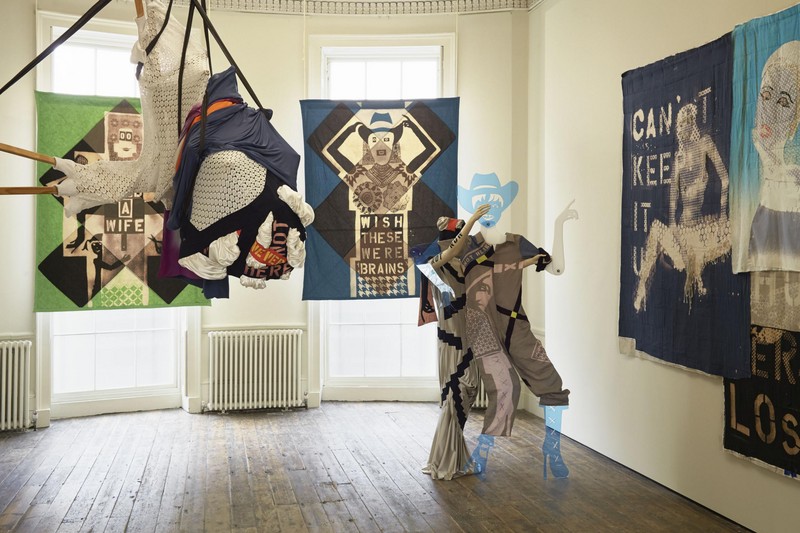 Stuart Shave/Modern Art is pleased to announce an exhibition of new work by Lara Schnitger. This is the third solo show of the Los Angeles-based Dutch-born artist with the gallery. Schnitger’s signature works - sculptures, paintings and banners made of fabric - are brought together in this exhibition with the artist’s recently launched line of clothing Sister of Arp.

Lara Schnitger’s use of fabrics entwines textile patterns with social codes and narratives. The artist often co-opts craft techniques that bear latent gendered and domestic connotations, such as patchwork, knitting or dyeing. Schnitger’s more abstract assemblages play between surface and support, transparency and opacity of different materials, and hint at suggestive anthropomorphic postures. Her collaged paintings and banners are often more explicit. Schnitger's work is frank in expressing her primary themes: sexuality, desire, and the shaping and representation of the female body in particular. With Sister of Arp, Lara Schnitger further explores issues of motherhood, feminism, fashion and sculpture.