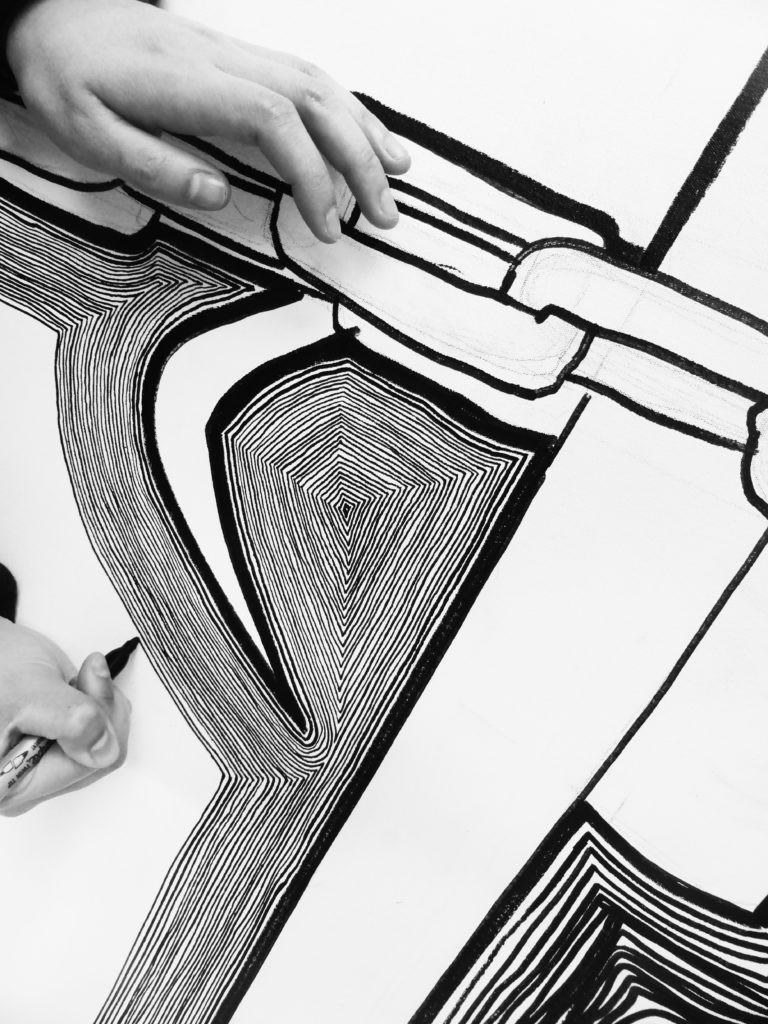 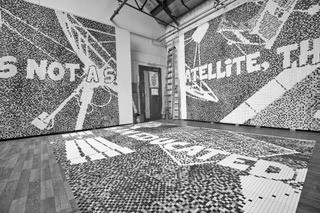 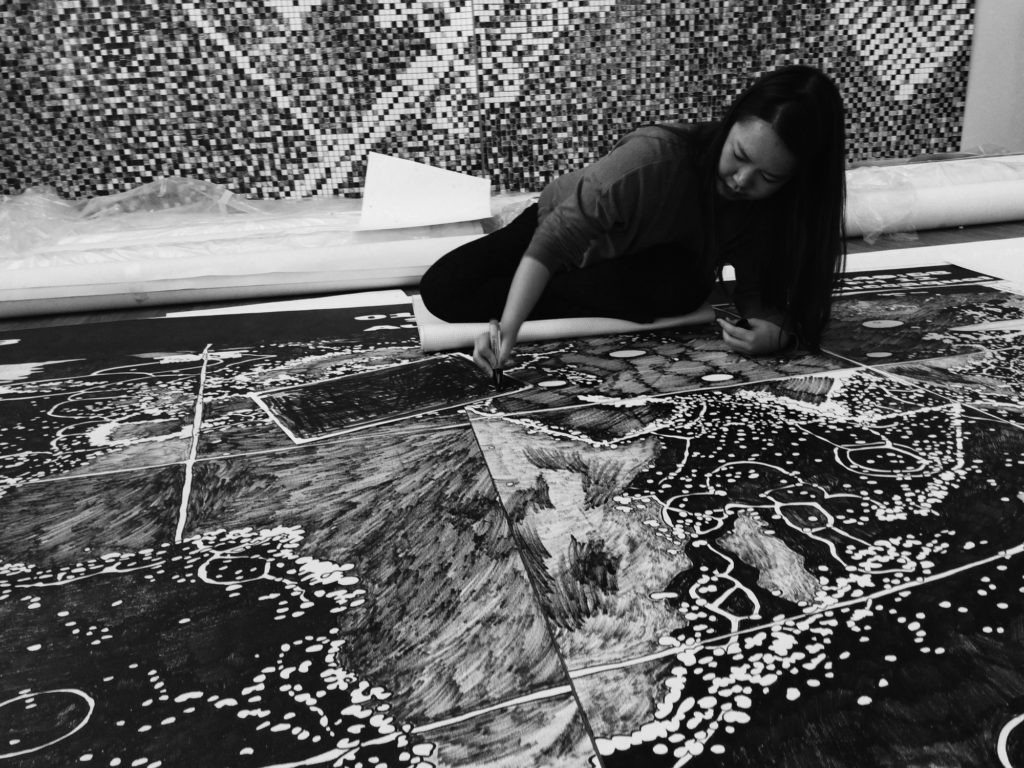 New chapters of Aleksandra Mir’s ongoing work Space Tapestry span the walls of Modern Art Oxford’s Piper gallery. The huge monochrome drawings are inspired by the Bayeux Tapestry and the artists who depicted Halley’s Comet in 1066. Much like a graphic novel, Space Tapestry tells an episodic visual story of Space travel. Mir has brought together a team of collaborators aged 18 to 24, to draw the work collectively in her studio. At Modern Art Oxford, Mir presents Space Tapestry: Earth Observation & Human Spaceflight.

The drawings contemplate the future possibilities of Space and the evolution of advanced technology — particularly satellites and human space flight — in relations to our daily lives. The works explore the balance of technological progress and humanistic objectives, expressed through the work’s layered and participatory execution.

Faraway Missions, another chapter of Space Tapestry, which is 200 metres in total, is presented at Tate Liverpool, 23 June – 15 October.

The production of Space Tapestry is supported by the UK Space Agency, the Science & Technology Facilities Council and Arts Council England.

Born 1967, Lubin, Poland, citizen of Sweden and USA and based in London, Aleksandra Mir has an international practice of 25 years and has held numerous exhibitions worldwide, including The Space Age, a retrospective at M-Museum, Leuven, 2013 and the 34m mural Drawing Room, London, 2014. She has developed many large-scale collaborative projects on space exploration. Her most well known project, First Woman on the Moon 1999, has been touring for 17 years and is included in the collections of The Solomon R. Guggenheim Museum, and Tate.
www.modernartoxford.org.uk