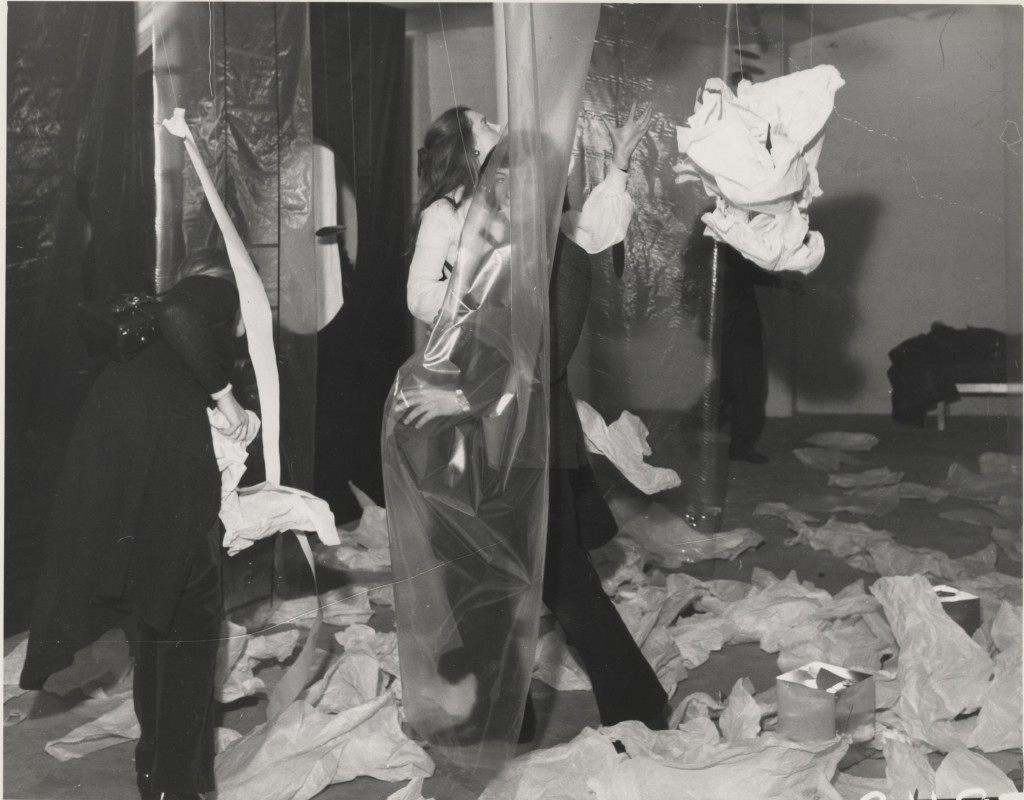 A display of rarely seen archival material from the notorious exhibition held at the gallery in 1971 is presented in the Café area. The exhibition in 1971 included the work of artists Lygia Clark, John Dugger, David Medalla, Hélio Oiticica, Graham Stevens and Li Yuan-Chia.

This display uses archival traces to explore one of Modern Art Oxford’s most extraordinary exhibitions. In February 1971, Pioneers of Part-Art: Popa at Moma opened and closed in a single evening. Unusually, the exhibition was guest-curated by two Oxford University undergraduates, Mark Jones and Rupert Legge. They coined a term, ‘part-art,’ to describe and champion new socially-engaged, interactive approaches of artists working at the time: as Jones told a reporter from the Oxford Times, ‘part-art is the most successful at breaking down the museum-age barriers between the observer and the work of art.’

The result was a highly ambitious display of pioneering works by international artists, staged across all three floors of the museum. However, two of the artists in attendance at the exhibition opening, David Medalla and John Dugger, withdrew their works in protest at what they perceived as the mistreatment of their art by rowdy members of the public. A selection of press articles hints at the national controversy that followed.
www.modernartoxford.org.uk