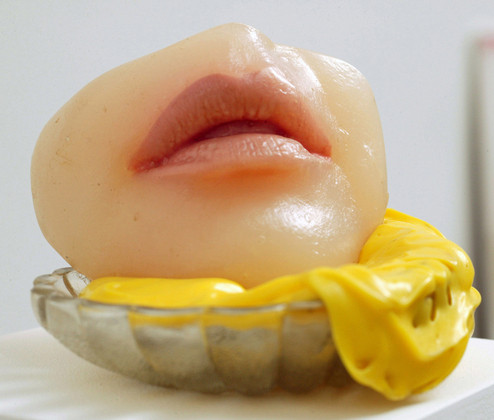 A sculptor who began working during the postwar period in a classical figurative style, Alina Szapocznikow radically reconceptualized sculpture as an imprint not only of memory but also of her own body. Though her career effectively spanned less than two decades (cut short by the artist’s premature death in 1973 at age 47), Szapocznikow left behind a legacy of provocative objects that evoke Surrealism, Nouveau Réalisme, and Pop art. Her tinted polyester casts of body parts, often transformed into everyday objects like lamps or ashtrays; her poured polyurethane forms; and her elaborately constructed sculptures, which at times incorporated photographs, clothing, or car parts, all remain as wonderfully idiosyncratic and culturally resonant today as when they were first made. Well known in Poland, where her work has been highly influential since early in her career, Szapocznikow’s compelling book of work is ripe for art historical reexamination. Alina Szapocznikow: Sculpture Undone, 1955–1972 offers a comprehensive overview of this important artist’s work at a moment when international interest is blossoming. Spanning one of the most rich and complex periods of the 20th century, Szapocznikow’s oeuvre responds to many of the ideological and artistic developments of her time through artwork that is at once fragmented and transformative, sensual and reflective, playfully realized and politically charged.
Featuring over 100 works, including sculpture, drawings, and photography, the exhibition draws on loans from private and public collections, including major institutions in Poland. It is accompanied by a major publication, copublished by The Museum of Modern Art and Mercatorfonds, that reflects new scholarship on Szapocznikow, contextualizing this little known artist’s work for a wider audience.
www.moma.org