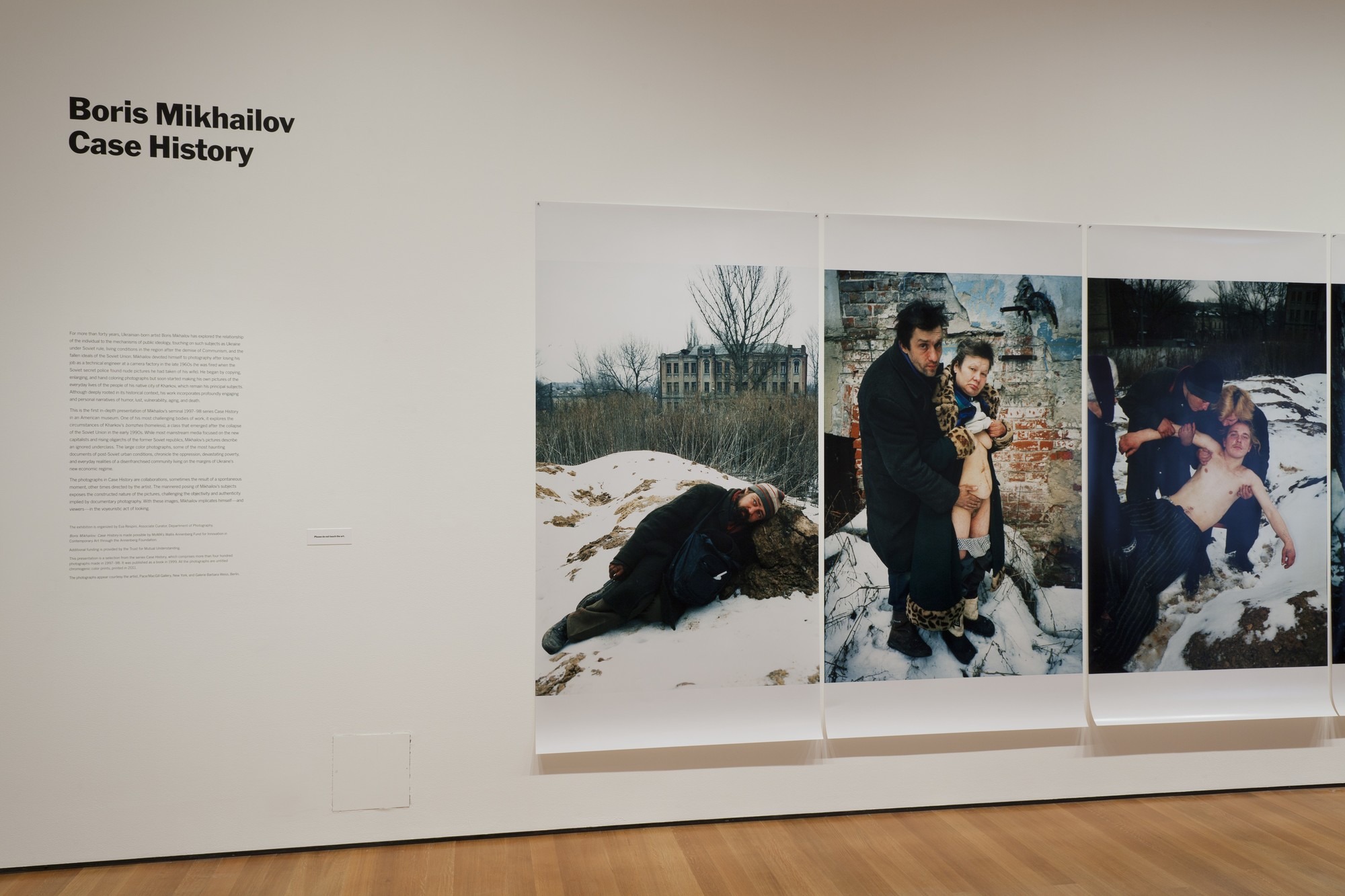 Installation view of the exhibition, "Boris Mikhailov: Case History"
May 25, 2011–September 5, 2011. IN2160.3. Photograph by Jonathan Muzikar.
Ukrainian-born Boris Mikhailov is one of the leading photographers from the former Soviet Union. For over 30 years, he has explored the position of the individual within the historical mechanisms of public ideology, touching on such subjects as Ukraine under Soviet rule, the living conditions in post-communist Eastern Europe, and the fallen ideals of the Soviet Union. Although deeply rooted in a historical context, Mikhailov’s work also incorporates profoundly engaging and personal narratives of humor, lust, vulnerability, aging, and death.

This exhibition is the first in-depth presentation of Mikhailov’s seminal Case History series (1997–98) in an American museum. This body of work explores the deeply troubling circumstances of people who have been left homeless by the collapse of the Soviet Union. Set against the bleak backdrop of the industrial city of Kharkov, Mikhailov’s life-size color photographs document the oppression, devastating poverty, and everyday reality of a disenfranchised community living on the margins of Russia’s new economic regime. Mikhailov recalls of his experience returning to Kharkov some years after the collapse of communism, “Devastation had stopped. The city had acquired an almost modern European centre. Much had been restored. Life became more beautiful and active, outwardly (with a lot of foreign advertisements)—simply a shiny wrapper. But I was shocked by the big number of homeless (before they had not been there). The rich and the homeless—the new classes of a new society—this was, as we had been taught, one of the features of capitalism.” One of the most haunting documents of post-Soviet urban conditions, Mikhailov’s pictures capture this new reality with poetry, clarity, and grit.
www.moma.org