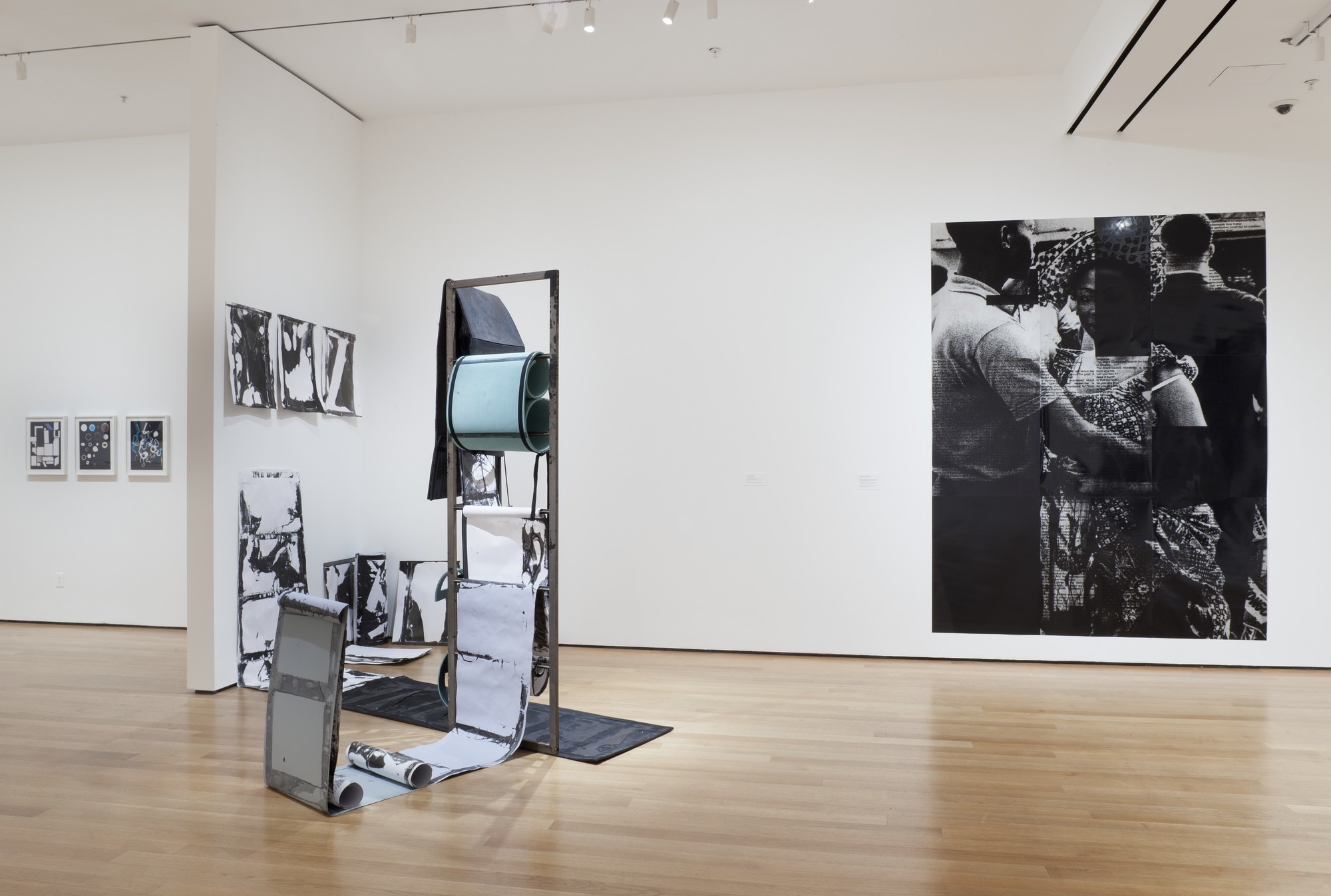 Installation view of the exhibition, "Ecstatic Alphabets/Heaps of Language"
May 6, 2012–August 27, 2012. IN2202.27. Photograph by Thomas Griesel.
Ecstatic Alphabets/Heaps of Language is a group exhibition that brings together 12 contemporary artists and artists’ groups working in all mediums including painting, sculpture, film, video, audio, and design, all of whom concentrate on the material qualities of language—visual, aural, and beyond. The work that these artists create belongs to a distinguished history of poem/objects, and concrete language experiments that dates to the beginnings of modernism, and includes both the Dada and Futurist moments as well as the recrudescence of Neo-Dada in the late 1950s, and international literary movements like concrete and sound poetry in Europe, Latin America, and the United States. Like visual artists who experimented with abstract forms with the goal of arriving at a non-metaphoric artwork that was itself and nothing else, artists working with words in the late 1950s and 1960s used language as a medium; letters, words, and texts were dissected, displayed as objects, or arranged so that form and content were combined.

The works in Ecstatic Alphabets represent a radical updating of the possibilities inherent in the relationship between art and language. In this exhibition, the letter, the word and the phrase are seen and experienced, and not necessarily read. Physicalized, transcribed into sounds, symbols, pictures or patterns, scrambled, or negated, language is freed from the page as well as from its received meanings, received forms, and, in some cases, the duties of communication altogether. Working with language has also created an opportunity for artists to move more freely among disciplines, and this exhibition includes work in a range of mediums by artists who are also poets, writers, performers, and graphic designers. Like earlier experiments in this vein, many of these recent works have an abiding connection to poetry, which runs like a subtheme through the exhibition, adding the ecstatic element to each works’ alphabetic plainness.