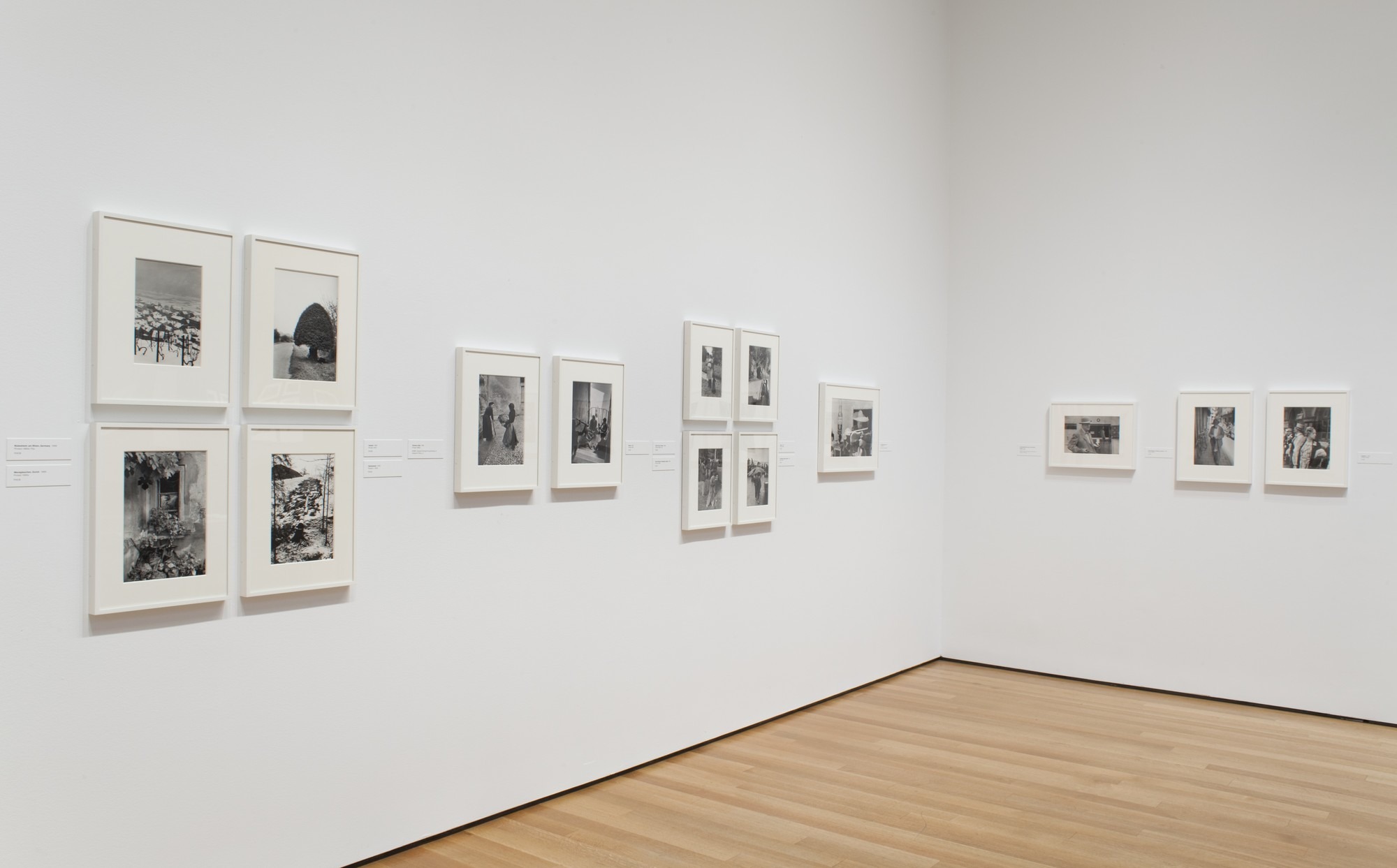 Installation view of the exhibition, "Henri Cartier-Bresson: The Modern Century"
April 11, 2010–June 28, 2010. IN2115.22. Photograph by Thomas Griesel.
The International Council of The Museum of Modern Art Exhibition Gallery, sixth floor

Henri Cartier-Bresson (1908–2004) is one of the most original, accomplished, influential, and beloved figures in the history of photography. His inventive work of the early 1930s helped define the creative potential of modern photography, and his uncanny ability to capture life on the run made his work synonymous with “the decisive moment”—the title of his first major book. After World War II (most of which he spent as a prisoner of war) and his first museum show (at MoMA in 1947), he joined Robert Capa and others in founding the Magnum photo agency, which enabled photojournalists to reach a broad audience through magazines such as Life while retaining control over their work. In the decade following the war, Cartier-Bresson produced major bodies of photographic reportage on India and Indonesia at the time of independence, China during the revolution, the Soviet Union after Stalin’s death, the United States during the postwar boom, and Europe as its old cultures confronted modern realities. For more than twenty-five years, he was the keenest observer of the global theater of human affairs—and one of the great portraitists of the twentieth century. MoMA’s retrospective, the first in the United States in three decades, surveys Cartier-Bresson’s entire career, with a presentation of about three hundred photographs, mostly arranged thematically and supplemented with periodicals and books. The exhibition travels to The Art Institute of Chicago and the San Francisco Museum of Modern Art (SFMOMA).

The exhibition is organized by Peter Galassi, Chief Curator, Department of Photography.

The exhibition is supported by The William Randolph Hearst Endowment Fund.

Additional funding is provided by The Robert Mapplethorpe Foundation and Robert B. Menschel.
www.moma.org