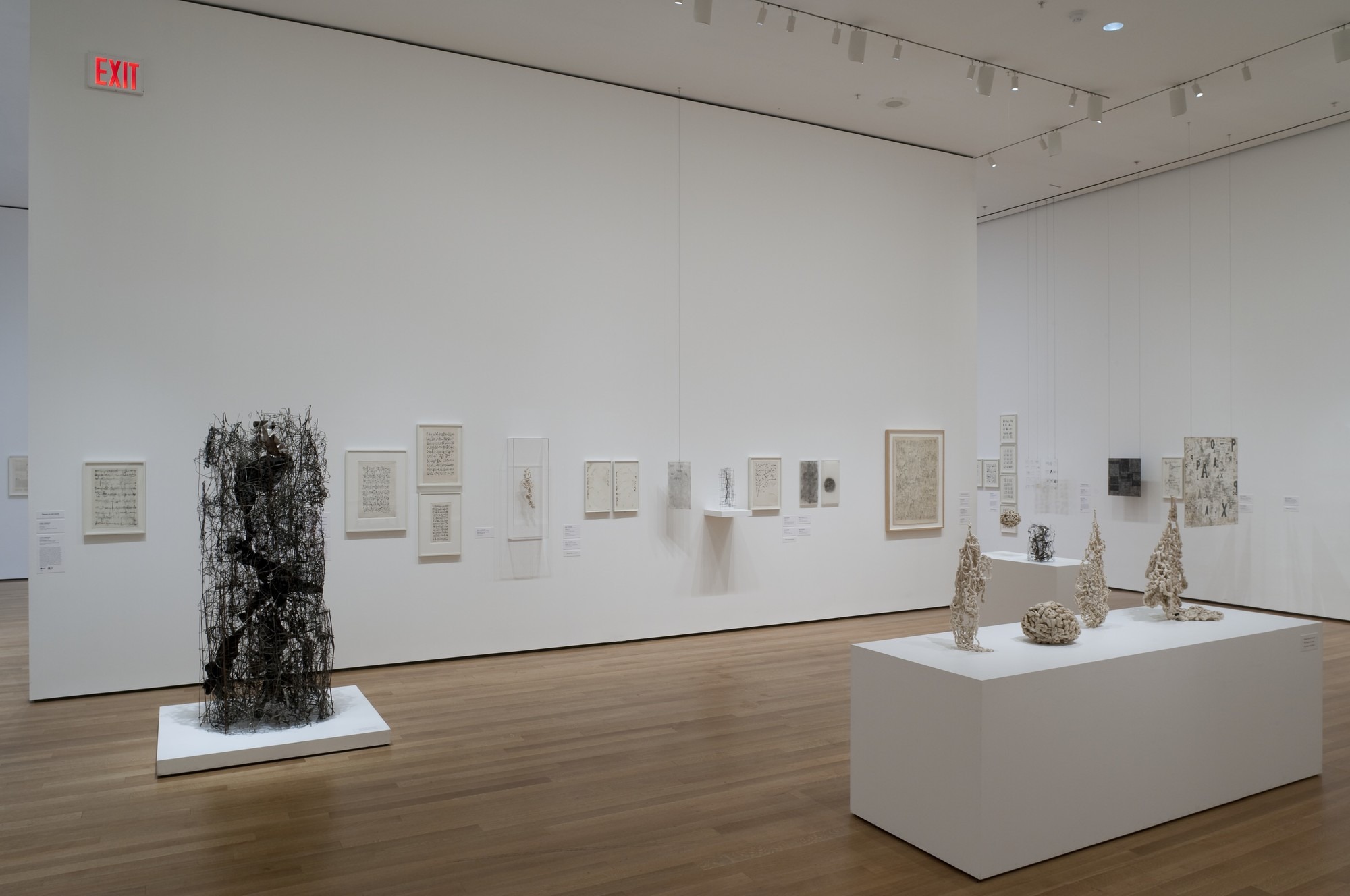 León Ferrari (Argentine, b. 1920) and Mira Schendel (Brazilian, b. Switzerland, 1919–1988) are considered among the most significant artists working in Latin America during the second half of the twentieth century. Their works address language as a major visual subject matter: the visual body of language, the embodiment of voices as words and gestures, and language as a metaphor of the worldly aspect of human existence through the eloquence of naming and writing. They produced their works in the neighboring countries of Argentina and Brazil throughout the 1960s and 1980s, when the question of language was particularly central to Western culture due to the central role taken by post-structuralism, semiotics, and the philosophy of language. Although their drawings, sculptures, and paintings are contemporary with the birth of Conceptualism, they are distinctively different, and have not yet been exhibited in their entirety in the United States.

The exhibition is organized by Luis Pérez-Oramas, The Estrellita Brodsky Curator of Latin American Art, with the assistance of Geaninne Gutiérrez-Guimarães, The Museum of Modern Art.

The exhibition is made possible by Agnes Gund, The International Council of The Museum of Modern Art, Mimi and Peter Haas Fund, Jerry I. Speyer and Katherine G. Farley, and Estrellita B. Brodsky.

The accompanying publication has been prepared with the assistance and support of Charles Cosac and Michael Naify.
www.moma.org