New to the Print Collection: Matisse to Bourgeois 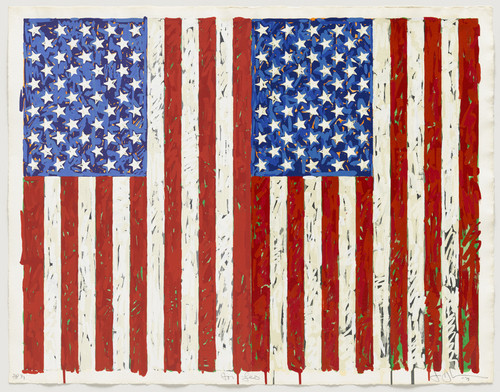 This exhibition, which showcases some 80 prints and artists’ books the Museum has acquired over the past two years, reveals how an art collection is always a work in progress. On view for the first time at MoMA, these seminal works in the history of printmaking span more than a century, from 1888 to 2011—with some contextualized by related works already in the collection. Pablo Picasso's 1937 print The Weeping Woman, acquired in 2011—which filled one of the last major gaps in MoMA’s holdings of works by the artist—is shown alongside the third state of the same image, which joined the collection in 1999. Likewise, Charles White's 1958 linoleum cut Solid as a Rock (My God Is Rock), acquired in 2010, is complemented by a lithograph by White that was donated to the Museum more than 40 years ago, illuminating White’s widespread impact on a younger generation of artists. Other highlights include Jasper Johns’s celebrated screenprint Flags I (1973), two vertical flags printed with 31 screens, which adds a key example of Johns’ early screenprinting to the collection. The exhibition also addresses more experimental processes that have often led to rare or one-of-a-kind works, from James Ensor’s hand-colored Deadly Sins (1888–1904) and a group of Henri Matisse’s monotypes (1914–15), to a recent monumental cyanotype by Christian Marclay.
The Museum of Modern Art’s collection of prints was inaugurated with the founding of the Museum itself, in November 1929, when a group of German Expressionist prints were among the first objects MoMA acquired. Today, the Museum’s holdings in this area are remarkable in their scope; comprising more than 50,000 works, they cover the period from the late 19th century to the present. The holdings are regularly reevaluated and reshaped by the Museum’s curators; works are routinely added, not only to fill gaps but also to give stronger emphasis to lesser-known or previously overlooked artists or practices, reflecting the ways in which new generations of scholars and artists are redefining the discipline of printmaking.
www.moma.org