Out of Time: Contemporary Art from the Collection 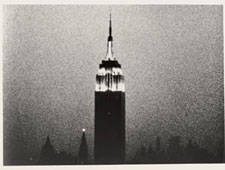 Out of Time presents contemporary art from the Museum’s collection in groupings that explore the theme of temporality. Experiencing time has inflected the production of art of the last three decades in several ways. The works in this exhibition investigate three principal aspects of our contemporary experience of time: the cinematic perception and recording of “real time” and its impact on other forms of art; the projection of an inner dimension of time articulated through fantasy and dreams; and a reconstruction of time that is based on archives, memory, and history. This installation includes works in a variety of mediums, including video, photography, painting, sculpture, works on paper, and large-scale installations. Out of Time features a number of significant recent acquisitions that have not previously been exhibited, including works by Cady Noland, Cai Guo-Qiang, Rineke Dijkstra, Mona Hatoum, Luc Tuymans, and Bill Viola.