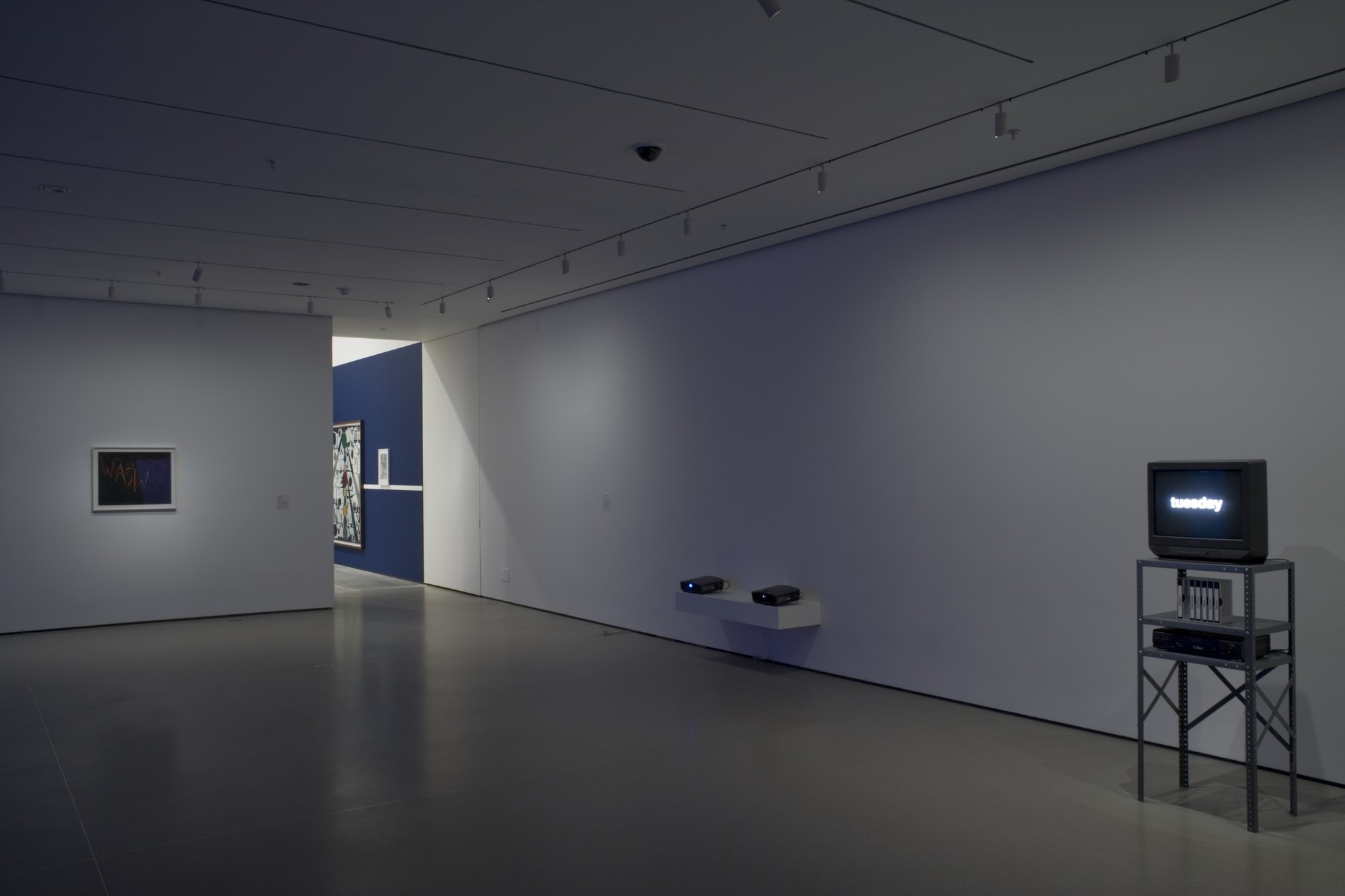 Installation view of the exhibition, "Raw"
October 4, 2007–December 3, 2007. IN2019.1. Photograph by John Wronn.
This installation presents four artworks—a lithograph by Bruce Nauman, a sculpture by Jenny Holzer, and an installation by Natascha Sadr Haghighian that each consider the written word as a means of expression. These works create tension and evoke notions of fragility through both form and content: in Nauman's RAW-WAR (1971) there is an unsettling ambiguity in the simple symmetry of the mirrored words "raw" and "war"; Holzer's sculptural and poetic Laments (I Want to Live...) (1989) creates fleeting yet indelible expressions of grief and longing in the form of an engraved sarcophagus and an LED display; Haghighian's Empire of the Senseless Part II (2006), a two-channel projection of excerpted nouns from a literary work (a novel with the same title, by Kathy Acker), invites viewers to participate in the deciphering of meaning. A fourth piece, Jonathan Horowitz's mon.–sun. (1996), also addresses the written word, but operates in a different register. A simple television, the medium that brings the news and stories of the world into our homes, displays one single word each day, denoting the respective day of the week, here and now.
www.moma.org