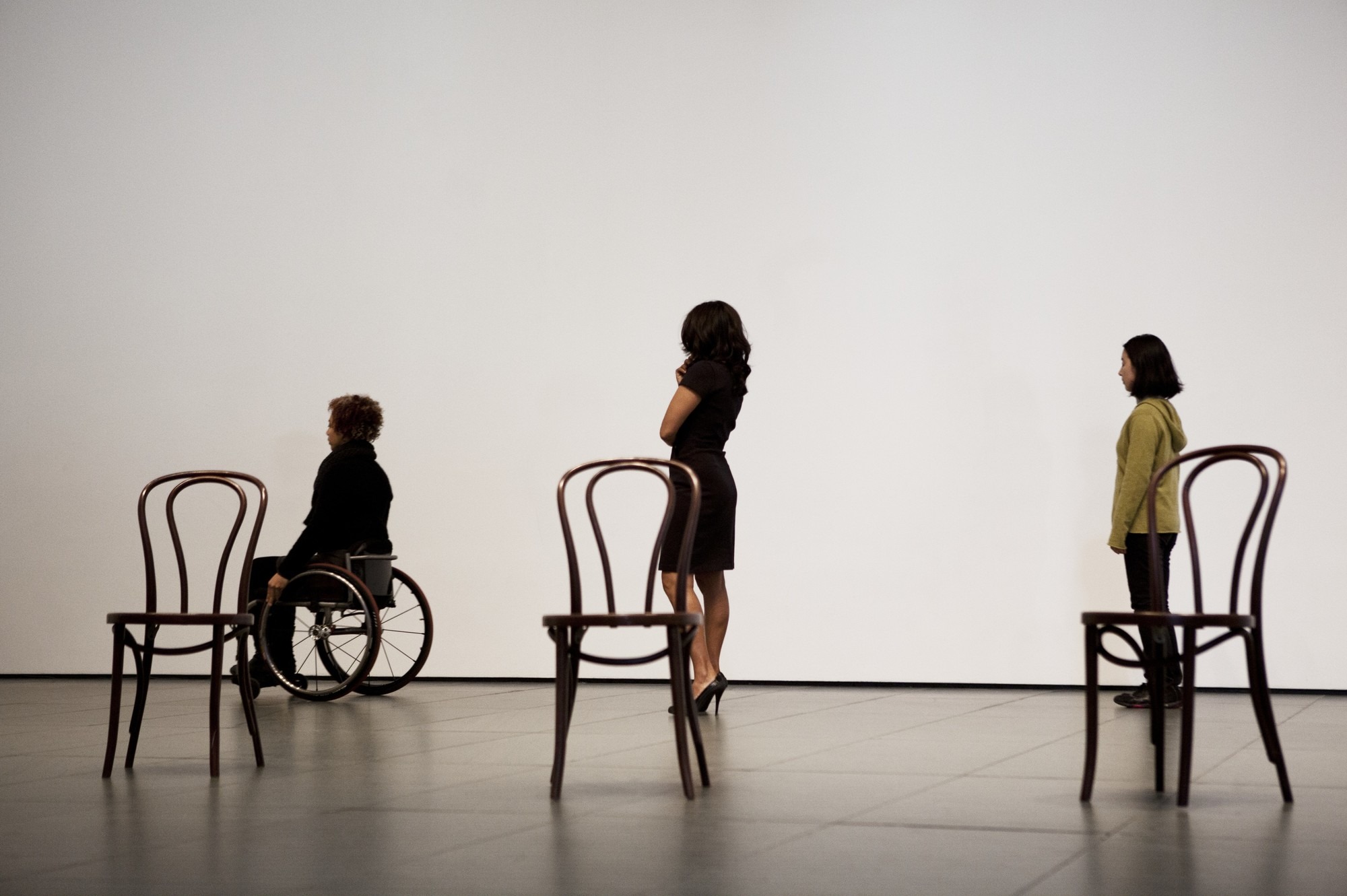 View of the performance, "Some Sweet Day. Steve Paxton: 'State' and 'Satisfyin' Lover'"
October 17, 21, 2012. IN2216B.2. Photograph by Julieta Cervantes.
Some sweet day is a three-week program of dance performances by contemporary choreographers in the Museum’s Marron Atrium. Each Week the series pairs two from a total of six internationally renowned choreographers in an intergenerational and cross-cultural dialogue about each other’s work. Through partially new, commissioned work, the program demonstrates how the current state of dance can confront a variety of subjects such as aesthetics, gender, race, and history. Concurrently—by putting a focus on choreography in an institution that traditionally showcases static objects—Some sweet day argues for the extended potentials and possibilities of the museum space.

The program opens with two works from the 1960s by Steve Paxton, founding member of New York’s Judson Dance Theatre, paired with French conceptual choreographer Jérôme Bel’s The Show Must Go On (2001)—a work that is, in many respects, a response to Paxton’s works. Over the following week, the Atrium comes alive with new commissions by Congolese choreographer Faustin Linyekula and American experimentalist Dean Moss, with visual artist Laylah Ali. Additionally, the week includes a two-day performance by American artist Kevin Beasley, who created a sound-based work that evokes and alters the social, emotional, and political contours of hip-hop. The final week features a pairing of Judson Church founding member Deborah Hay and Sarah Michelson in an intergenerational conversation on movement, space, and time.

Each Saturday, the series artists and curators are present for a response in the Marron Atrium. The conversations are led by different respondents, including Daphne A. Brooks (Princeton University), Douglas Crimp (University of Rochester), and Brent Hayes Edwards (Columbia University).