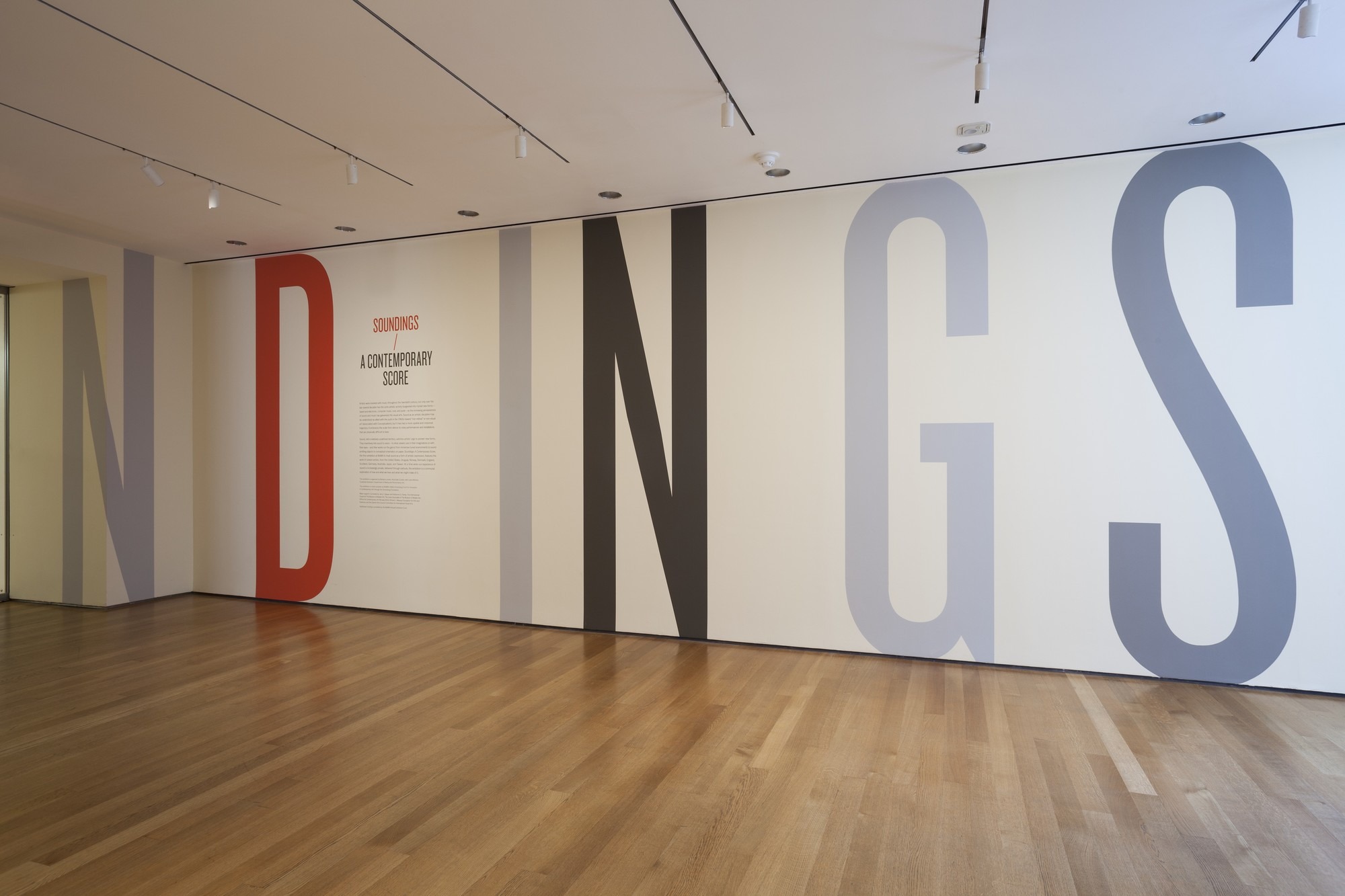 Installation view of the exhibition, "Soundings: A Contemporary Score"
August 10, 2013–November 3, 2013. IN2257.3. Photograph by Jonathan Muzikar.
MoMA’s first major exhibition of sound art presents work by 16 of the most innovative contemporary artists working with sound. While these artists approach sound from a variety of disciplinary angles—the visual arts, architecture, performance, computer programming, and music—they share an interest in working with, rather than against or independent of, material realities and environments. These artistic responses range from architectural interventions, to visualizations of otherwise inaudible sound, to an exploration of how sound ricochets within a gallery, to a range of field recordings—including echolocating bats, abandoned buildings in Chernobyl, 59 bells in New York City, and a sugar factory in Taiwan.

The diversity of these works reflects a complex and nuanced field. Yet the exhibition posits something specific: that how we listen determines what we hear. Indeed, the works provoke and evoke—both in the maker and the museumgoer—modes of active listening, and a heightened relationship between interior and exterior space. At a time when personal listening devices and tailored playlists have become ubiquitous, shared aural spaces are increasingly rare. Many of the artists in the exhibition aim for such realities, and the sound they create is decidedly social, immersing visitors and connecting them in space. In many of the works, links are drawn between disparate topographies and subjects, giving rise to new understanding and experiences.

Accompanied by the film series Soundings: A Contemporary Score, the Film Program