Words in the World 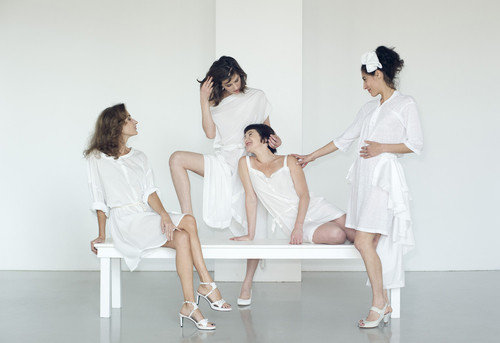 The Department of Media and Performance Art's performance program resumes in 2012 with Words in the World, a series of performances exploring the different facets of language. Using language, artists can fluidly translate their works into various mediums and engage in experiments across disciplines. Words in the World generates a “live” response to the possibilities opened up by the relationship between performance art and language, as well as the intertwining of political, poetical, and linguistic structures. Such artistic manifestations include theatrical and staged events, lectures and forms of public address, experimental actions, and the deconstruction of language into structural components.
The first performance in the series, Combatant Status Review Tribunals (2007), by Andrea Geyer, Sharon Hayes, Ashley Hunt, Katya Sander, and David Thorne, employs language as a tool for political activism and measures the impact of (political) language on reality. Words are not merely used for communication, but as vectors along which to maintain a movement and perpetuate the flow of things and thoughts. In this way, the theatrical performances of Guy de Cointet—whose Five Sisters will be performed on May 9 and 10—weave between different genres, including high literature and soap opera.
Words, signs, and numbers can also have an independent life, liberated from their conventional forms and meanings. This conceptual and visual distortion, counting bodies and objects as texts and numbers, is also present in the work of artists of younger generations, such as Paulina Olowska and Nora Schultz. Experimenting with presentation formats and engaging different spaces in the Museum, the performance series will also include three Modern Mondays events in The Roy and Niuta Titus Theater 2, with Los Angeles–based performative group My Barbarian; artists Adam Pendleton and Lorraine O’Grady; and Geyer, Hayes, Hunt, Sander, and Thorne in conversation.
www.moma.org