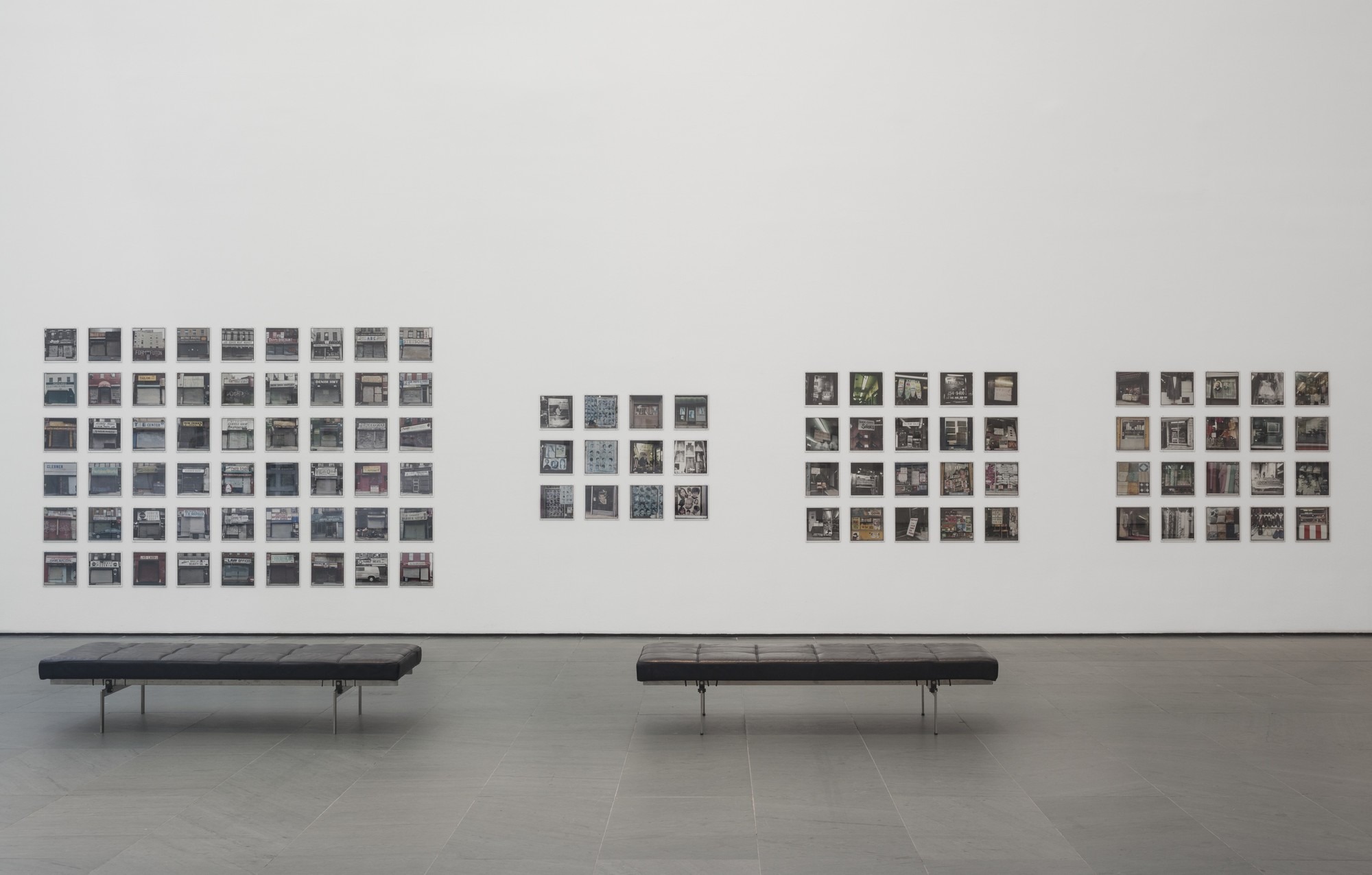 Installation view of the exhibition, "Zoe Leonard: Analogue"
June 27, 2015–August 30, 2015. IN2333.9. Photograph by John Wronn.
Analogue, by Zoe Leonard (American, b. 1961), is a landmark project comprising 412 photographs conceived over the course of a decade. Displayed in serial grids and organized into 25 chapters, Analogue documents the eclipsed texture of 20th-century urban life as seen in vanishing mom-and-pop stores and the simultaneous emergence of the global rag trade. Leonard took her own New York neighborhood, Manhattan’s Lower East Side, as a point of departure in the late 1990s. She then followed the circulation of recycled merchandise—used clothing, discarded advertisements, and the old technology of Kodak camera shops—to far-flung markets in Africa, Eastern Europe, Cuba, Mexico, and the Middle East.

The disappearing storefronts and neglected products are echoed in the obsolete technology the artist used to reproduce them: a vintage 1940s Rolleiflex camera, a tool “left over from the mechanical age,” as Leonard put it, along with gelatin silver and chromogenic printing processes. Tapping the traditions of documentary and conceptual photography, Analogue is positioned in the genealogy of grand visual archives that extends from Eugène Atget’s compendium of Paris to Martha Rosler’s photo-text work on New York’s Bowery. Leonard’s project is an urgent document and a poetic allegory of globalization that reveals the circulation of goods and the homogenization of diverse geographical locations in the 21st century.