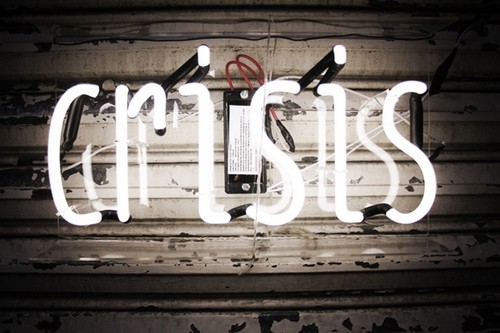 There was a crazy man sitting underneath a shadow, he spoke to himself and had a dirty beard and filthy long hair. He also had a skinny street dog, no breed, with spots. The man wore a red pin on his dirty brown shirt that stood out, it said: "Party with me, I' m drug free". I remembered that my cousin Rosa had that pin when we went to Mazatlán, it was attached to her purse. The man was biting a straw and spoke out but only the dog paid attention to him. I was sitting in front of him on the other side of the sidewalk, waiting for a girl to come out of a computer shop, we were, I could say, going through one of those wild moments that all, or almost all of us have had. A cousin of mine was staying in my place, I preferred to leave him alone, give him some space. Once, I lent him my pick-up and he left a tape inside the stereo, Side A: Pantera, Side B: Backstreet Boys. He barely talked to us, the day he arrived he heard that one of my sisters spoke German and asked her to translate Rammstein lyrics into Spanish, but after that he only said, good afternoon and good night.
www.proyectosmonclova.com