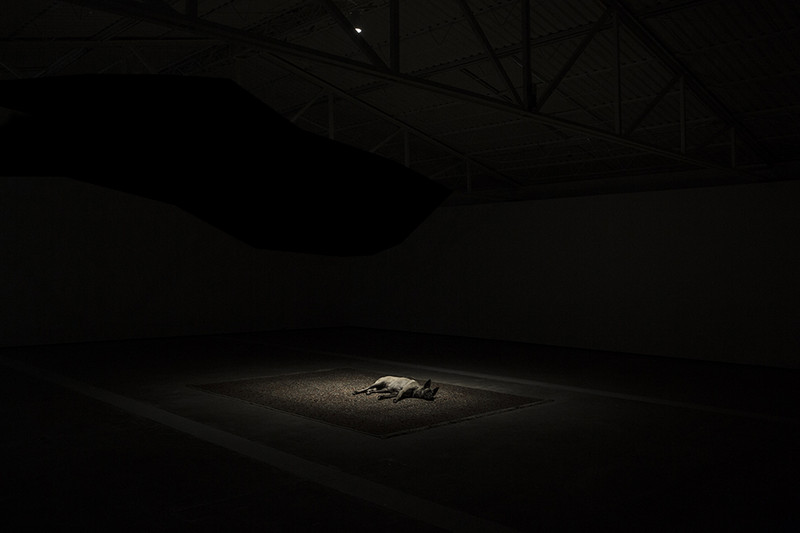 A dog is given the instruction to ‘play dead’ on a Persian rug at different times during the exhibition.
“... what is ostensibly a memento mori, or more literally speaking a still life, or even better in French, a nature mort (dead nature), is but a specious reminder of death. ‘A specious reminder’ in the sense that not only is the dog not dead, but dogs, as is well known, do not die, since they do not know, as far as we know, that they can die. Of course, this does not mean they do not cease to exist, but their deaths are not anticipated by the anguish of death nor succeeded by the ceremony that acknowledges it. Thus is the fact of making them “play dead” but an egregious, self- indulgent anthropomorphism –one which, incidentally, becomes symbolic of the will to anthropomorphize tout court.”

Extract from essay on Tragedy by Chris Sharp, 2012
www.proyectosmonclova.com