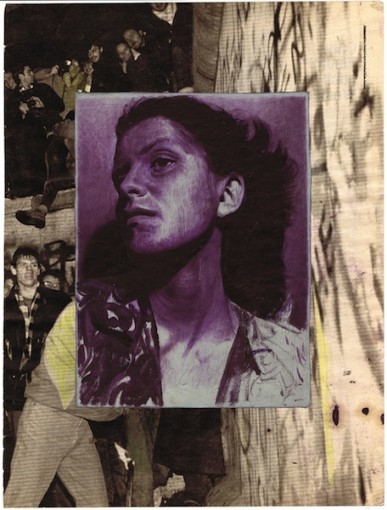 Monitor is particularly proud to announce the opening of its third solo show devoted to American artist Ian Tweedy to be held at its Palazzo Sforza Cesarini venue.
My Neighbors The Von Stauffenbergs is an essential, measured project that marks an important moment in this artist’s development, combining diverse elements such as the fall of the Berlin Wall, the dawning of graphitist culture and Tweedy’s personal experience, which in the 1980s included a spell living in Berlin next door to the residence of the well-known Von Stauffenberg family.
In a derivation of the grand scale historical genre canvases, one of the gallery’s two spacious main rooms will be occupied by three of Tweedy’s large-scale pictures, which in the second room will be counterbalanced by a series of paintings on pages taken from late-1980s German periodicals that have been in the artist’s personal collection up until now.
The three large-scale pictures, entitled Fragment Kit (Aftermath of the 20th July Plot) I, II, III, are all inspired by a photograph taken the day after the failed assassination attempt on Hitler’s life engineered by the German secret services and Colonel Von Stauffenberg, in which a bomb was detonated inside the famous Wolf’s Lair headquarters in Poland.
The dark, strong, arguably even crude tintas of the pictures, find a delicate contrast in the small, precious paintings on paper in the other room, which feature a dark-haired young woman in various stages of her make-up as she progressively transforms into a much older woman.
During their Berlin years Tweedy’s family had only a few sporadic encounters with the Von Stauffenbergs, and in fact the artist has no recollection of what Countess Von Stauffenberg actually looked like. Her frequent mention in family conversations instead gradually generated an aura of myth around her persona. For this reason, in his account of her Tweedy has replaced her face with those of actresses from the period – as if to fill in the missing sections in his own memory.
The figure of the real countess in these works clearly remains shrouded in mystery, as the passage of time is traced – in the progression of wrinkles across her face and the cracks in the wall behind her – without really portraying her. History instead appears to echo the progressive ageing of the woman as a wall is broken down and a new cultural generation is born.
Through the history of this illustrious German family the paintings in fact highlight the ambivalent attitude that the artist has towards his time spent in the country. In this show Tweedy offers his own interpretation of the historical genre painting, operating after the event in question whilst following clues and events in the manner of a detective investigating a crime scene. We are thus provided with a fragmented, partial and non-uniform version of the facts, irrelevant if taken singularly but forming a greater tapestry when taken as a whole – a do-it-yourself investigation ‘kit’ that has been deployed in an utterly personal and private manner.