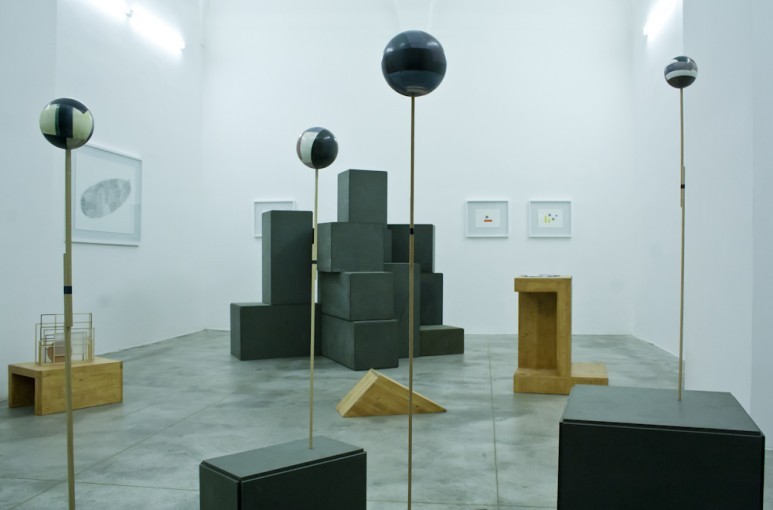 Monitor is pleased to announce the opening of its new solo show devoted to British artist Jesse Ash. The title of the show, Is That ‘Crystal Clear’ Or Did I Say Too Much?, refers to a 2009 pre-wikileaks story where a Pakistani student was arrested in Manchester after his love letters to his girlfriend via email were interpreted as code for a terrorist bomb plot. These emails including phrases such as ‘crystal clear’ which were wrongly translated as ‘an explosive material’.

The show stands as the latest episode of the Avoidance—Avoidance (A Project of Transparency) project, conceived by Ash to be represented in different forms and venues. Started in December 2012, the project has already involved a number of international partners including Index—The Sweedish Centre for Contemporary Art, Stockholm; CAC Bretigny, Paris; Arnolfini, Bristol; the Museo Marino Marini, Florence; Mendes Wood, Sao Paolo and Steirischerherbst in Graz.

On May 22nd at 8.30pm the Museo Marino Marini will host Avoidance – Avoidance (A Project of Transparency) [script 7], which will be shortly followed by Monitor’s presentation of the following script as the subsequent chapter of the on-going performance.

Avoidance – Avoidance (A Project of Transparency) has the narrative development of a script featuring two lead characters, a man and a woman, living out the breakup of their relationship and acts as a means to refer as to various forms of transparency, be it on a material, personal, conceptual or political level. The two actors take their cue from the real-life figures of filmmaker Mary Ellen Bute and her director-of-photography partner Ted Nemeth, who were commissioned a short film for Universal Newsreel in 1936. The ethics and politics behind the commission are central to the plot, allowing the two leads to interact with the sculptures, drawings, paintings and films that are produced and informed by the dialogue.

In the performance presented at Monitor, the lead female character describes her anxiety at being watched and the consequent paranoia that manifests itself in hidden messages contained in everyday things such as garden flower bed arrangements. This psychological condition leads the couple to embark on a strange pilgrimage across the world travelling through Hong Kong, Moscow, Havana and Quito.

The performance staged within the gallery will employ some of the sets used at the Marino Marini, a series of oil painted spheres informed by the architecture of transit areas and airports, large-scale drawings of elaborate gardens and small-scale geometric watercolours.

The geometric watercolours are closely related to Ash’s latest video project, Magic If, which will be the other main feature of the show and which was inspired by the election night graphics aired on TV. The forms, movements and colours in the video were created by hand by Ash himself and subsequently transposed into a dreamy, seductive register thanks also to the hypnotic music composed expressly for the project by Tristan Shorr.

Jesse Ash’s performance Avoidance—Avoidance (A Project of Transparency)[script 8]will take place on May 26th at 7.30 pm. Performer: Maria CaterinaFrani andBennoSteinegger

Jesse Ash born in 1977 lives and works in London