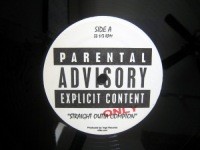 Speaking Out Loud centers on the processes of both 'thinking out loud' and 'speaking out' Thinking out loud describes the associative, dynamic and rather uncontrolled process of simultaneously thinking and speaking about a particular topic. We think out loud to make a suggestion, to put forward an idea or a thought rather than to make a claim. Speaking Out Loud advocates this free and creative process of thinking out loud through artworks that enable a playful and surprising experience of language. This happens in the form of what could be summarised as experimental language exercises or canny transformations and alternations of language.
Meanwhile the act of speaking out demonstrates resistance and the existence of alternative concepts and views. As a democratic act it constitutes a cornerstone of democratic society. In that sense, the exhibition promotes the idea of controversy, dissent and debate as a relevant society shaping strategy. In the light of representative democracies, low voter participation and increasingly levelled concepts of life, Speaking Out Loud attempts to call for taking an active role in the debate. Moreover it explores the subversive power of spoken or written text but also unmasks the inflationary and culturally connoted use of words and phrases.
The artworks in the exhibition deal with the act of speaking, reading and writing. They particularly reflect on and emphasise the performative qualities of language and thus reveal the strong and inseparable connection between words' meaning and their performance/performer.
Renowned novelist Paul Auster captured the act of speaking as 'When words come out, fly into the air, live for a moment, and die. Strange, is it not?' It is this fluidity and dynamics of language and its meaning that the exhibition centers on, observes and reflects.
In this fluid state, words fly and dance, thus enabling a mental dialogue between the artwork and its viewer/listener, and opening up to continuous interpretation.
The exhibition mainly presents works of Dutch and English language. Thereby it also reflects on a world in which vast distances are bridged with relative facility but where language remains a system of cultural 'multivalence.'

List of works:
Insults and Praises by Tim Etchells (UK) and Vlatka Horvat (CRO)
A New and Exciting Experience by Mukul Patel (UK) and Manu Luksch (AT)
Good and Evil by Charles Sandison (UK)
Interpreters by Christoph Keller (DE)
Time Based Text by Jaromil (IT) and Jodi (NL)
Gate peepin' and Misspelling Generator by Linda Hilfling (DEN)
Horde by KH Jeron (DE), in collaboration with Dr. Dominik Kuropka
A Conversation Piece by Tudor Bratu (RO)
Text and Semiotic Collider by Michael Hoepfel (DE)
The Voice Knitting Collection by Trikoton (DE)
Explicit Content Only by Evan Roth (US)

Symposium Speaking Out Loud
18 december
Most works in the Speaking Out Loud exhibition suggest that language is a fluid, dynamic system which offers itself for individual expression and performance. On the other hand, language is a rational system not driven by instinct but whose strict rules and signs we must learn in a life long, enduring process. Looking at language from this other perspective, we are confronted with an authority, a rigid system of code that is preserved and governed even. Language shares this ambivalence with the Internet, a system that on the one hand develops dynamically through its users' contributions, on the other hand, it is a highly regulated space, that is less and less public but where the transfer of copyrights and censorship affect the Internet's appearance and use at its core.
In this session, the speakers will discuss the nature of both systems language and the Internet from their various perspectives, particularly looking at ways to artistically respond to, escape and circumvent their rigidness and constraints.