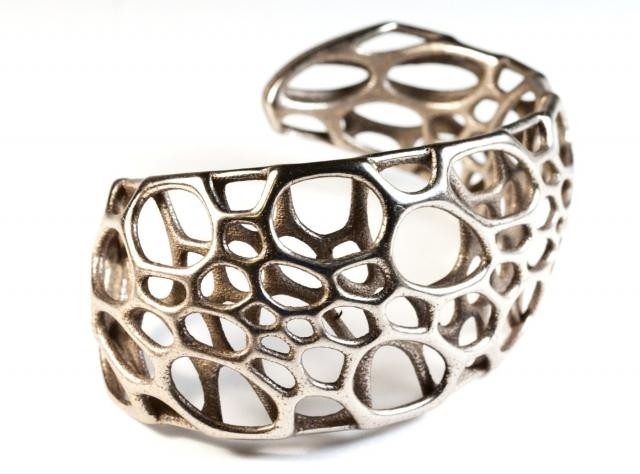 The Greater Cloud* is a show in which the Internet as a platform, medium or subject matter functions as a source of inspiration for artists and influences their artistic practice. The Internet has become banal and ubiquitous. Starting point for this exhibition is what this means for a younger generation of artists and curators. Elements that are key to the Internet nowadays and form the background to The Greater Cloud are: distributed forms of collectivity, the sharing and distribution of knowledge, openness of information, circulation of digital material as well as formal properties like connectivity, performativity or 3D programming elements. The works derive from Internet based materials or ideas or processes connected to the Internet.
As a consequence of internet’s characteristics and practice, that are based on sharing, distribution and circulation, The Greater Cloud is not only curated by NIMk’s curator Petra Heck, but co-curated by the artists/curators Aleksandra Domanovic, Oliver Laric, and Katja Novitskova. Everyone gets to fill one space while referencing to the theme of the show according to their own opinion, taste and style. And in addition to this every visitor can become a co-curator too. One of the exhibition spaces can be filled up by the visitor by adding artworks found online. A computer with a blog devoted to this exhibition will be connected to a beamer so that everyone can browse through and upload things to it.
The artists included don't only make digital or online work, but work multidisciplinary producing sculptures, video's, photo prints, installations or texts. The Greater Cloud consists of “art that exists because of the Internet, or is influenced by the Internet,” as the artist Cory Arcangel once said. The exhibition continues a conversation about how the Internet has changed contemporary art, a matter most recently articulated in an exhibition called ́Free ́ at the New Museum in New York (2010 – 2011) that was curated by Lauren Cornell.
NIMk’s curator PETRA HECK chose to exhibit works wherein the following elements circulate freely: the free floating of information on the Internet resulting in ephemerality, temporarility and performativity and on the other hand the hybrid of digital, analogue and 3D elements. Artists included in this space are: MARTIJN HENDRIKS, DAVID HORVITZ, MARISA OLSON, JON RAFMAN, ALEXANDRE SINGH, RYAN TRECARTIN, and ARTIE VIERKANT.
KATJA NOVITSKOVA selected Harm van den Dorpel for a solo exhibition within The Greater Cloud that connects the theme of the show to his art practice as an ongoing process of assemblage taking place between web, sculpture, painting, collage, video, text and a myriad of other materials.
ALEKSANDRA DOMANOVIC looks for new landscapes that emerge from the interdependence of telecommunication and geography. The works in her exhibition range from LANCE WAKELING's topographical following of the transatlantic submarine cable, to a commissioned text by PABLO LARIOS that both map out alternative terrains.
Further, OLIVER LARIC will show a piece by MARJOLIJN DIJKMAN. It’s a remake of a table that was originally used by the "lunar society members", a 18th century enlightenment society that was influential during the industrial revolution. The table was a meeting point where the ideas for some of the most significant technological changes were formed. This 21st century version of the table will also function as a stage for talks and the developments of ideas and on top of the table works will be positioned by artists like Pamela Rosenkranz as well as by people working outside the art world.

CURATOR STATEMENTS
SPACE 2 - KATJA NOVITSKOVA
There is a great value in art that can only exist in the now, or in very recent history, art that evolves together with that moment and is somewhat aware of its own existence as a flow of matter and energy. Often it is a kind of work that owes the very possibility of its existence to a certain technology or idea that is at the frontier of what is out there. This quality of a 'contemporary' actuality is not connected to a specific medium or aesthetic. Further, it is only partially connected to new-ness, just like we ourselves as species only partially rely on the latest technologies, as most of our lives and values have emerged from millennia of experience. Art is one of those things that humans have been doing for a very long time. What kind of art has the potential to define the second decade of the 21st century and how is it positioned within the realities of the present time? We are currently faced with too much of a lot of things: overproduction, panicking markets, climate change, overpopulation, overconsumption, viral revolutions, global cloud technologies and attention deficit ideologies. How does art fit into this?
Harm van den Dorpel strikes me as an artist with a heightened sensitivity to what is 'actually contemporary'. He uses the Amazon Kindle text highlighting service to make textual assemblages from the books that he reads. The resulting essays and text-objects are further advanced to become part of a video or press release and often refer to the history of their synthesis. For example, the assembled Manuel De Landa text found on Van den Dorpel ́s website talks about the process of assemblage and emergence itself. Similar thinking is helpful to understand the more visual and material work of the artist - his digital, material or mixed collages and sculptures, curatorial work, videos and online presence. The artist scans his environment and actively, mainly in subjective and intuitive ways, translates them into works of art that are shown in a gallery as objects,are to be photographed and distributed online as images or act an online content management system. With his work it is unclear if it actually exists as an object, if it is just a render, a digital collage or a found item but often it is a combination of all of the above. Van den Dorpel takes this method to the extreme by turning his website into an extensive catalogue and associative archive of his work.
Many art works by the artist have an autonomous aesthetic merit and relevance that reaches beyond common points of reference. And they gracefully echo and engage in dialogues with artworks by modern and contemporary artists, from Mark Rothko to Seth Price to even JODI. Influenced by abstract expressionism on one hand and programming languages on the other, Van den Dorpel's practice adds up to something as complex as it is poetic and one of a kind. This multidimensionality is what ultimately makes his work rich, allowing it to transcend the limitations of a single particular genre or market niche. His work is truly a product of today's world, of the Greater Cloud we all find ourselves in.

SPACE 3 – OLIVER LARIC
At the table keep a short hand; in company keep a short tongue. A single conversation across the table with a wise person is worth a month's study of books. A table, a chair, a bowl of fruit and a violin; what else does one need to be happy? The single most powerful tool for winning a negotiation is the ability to get up and walk away from the table without a deal. I'd rather have roses on my table than diamonds on my neck. Always rise from the table with an appetite, and you will never sit down without one. Never argue at the dinner table, for the one who is not hungry always gets the best of the argument. Everybody wants to eat at the government's table, but nobody wants to do the dishes.

SPACE 4 – ALEKSANDRA DOMANOVIC
In Ancient China, soldiers stationed along the Great Wall would alert each other of impending enemy attacks by smoke-signaling from tower to tower. In this way, they were able to transmit a message over 750 kilometers in just a few hours.
In modern times, the organization of information in news-writing--the so-called 'inverted pyramid'--arose in large part due to the invention of another signal system: the telegraph. Pablo Larios' text explores the relationship of myths, source documents, and communication in his treatment of conflicting histories concerning a tribe in northeastern China.
Atlantic Crossing 1 is a 14,000-kilometer underwater telecommunications cable loop linking the USA, the United Kingdom, the Netherlands and Germany. It transports speech and data traffic at a speed of 120 Gigabytes per second. Wakeling's journey to trace the four landing points of Atlantic Crossing 1 is stored on a 500-gigabyte portable hard drive. Since the form of the hard drive does not express the function, it might end up one day as an aesthetic object stripped of the function that defines its meaning.

SPACE 5 - PETRA HECK
Internet obsolescence?
The Internet has become banal and ubiquitous and is associated with the collapse of physical space within our networked culture. It is characterized by infinite reproducibility and the mutability of digital materials as well as by endlessness in the form of neverending searches and the endlessness of time in the virtual world. The free floating and distribution of information on the Internet results in ephemerality, temporarility and performativity. Nothing is fixed or permanent;change, movement and flux prevail.
The art works in this space display these and other characteristics relating to the Internet. Almost every piece started it’s ‘life’ as a digital file, digital information, or even as memory, but they also share a particular materiality, it being as a print, video, sculpture, projection, or collage. Existing in a state that is both digital as well as material, blurring the line between original, copy, or documentation they make one wonder about our networked culture, the Internet and even the obsolescence of technology in relation to art and the (performing) object.

*The title The Greater Cloud is a quotation taken from an article written by JOSEPHINE BOSMA and published in the catalogue 'Collect the WWWorld' in 2011.
www.montevideo.nl