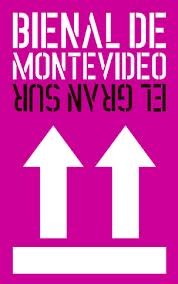 The four points of the compass are not only points of reference in a circle of 360 degrees divided into four quadrants. They also are guides on the wind rose of cultures and metaphorical constructs that are subject to ever new interpretations during the course of history.

Orientation, which literally means looking East, is an attempt to calculate the course of the sun and to determine one’s position somewhere between the four ends of the earth.

One ought, therefore, to believe that in a world marked by imbalance and disorder, the four points of the compass would at least carry the same weight. In fact, however, there have been but two main points of orientation during the past few decades: West and East.

The West: from the early days of the twentieth century on, and regarded from a hegemonic perspective, the West was the smaller half of Europe plus North America, although according to an apt remark made by Mario Vargas Llosa, South America clearly also belongs to the western hemisphere: “somos occidente”.

The West: according to this logic, it also represents a superior economic, political and cultural model – and the East its underdeveloped counter pole: with Eastern Europe now extending far into Asia, just as it did on the sable hunt of the Russian Cossacks in the 17th century.

During the Cold War, the East began just the other side of Berlin and reached as far as the Pacific – and included both Siberia and China.

The North, which basically comprises parts of both the West and the East, appeared only marginally in this equation: and then only in the form of military models, such as NATO’s North Atlantic Treaty. Only in the past few years has the North been upgraded: from the moment it became evident that the Polar regions were going to play a vital role in the climate debate.

This exhibition now explores the South and its relationship with the rest of the world. The works on show will offer different interpretations of the South depending on the respective artist's place of origin – the southern or northern hemisphere, the West or the East.