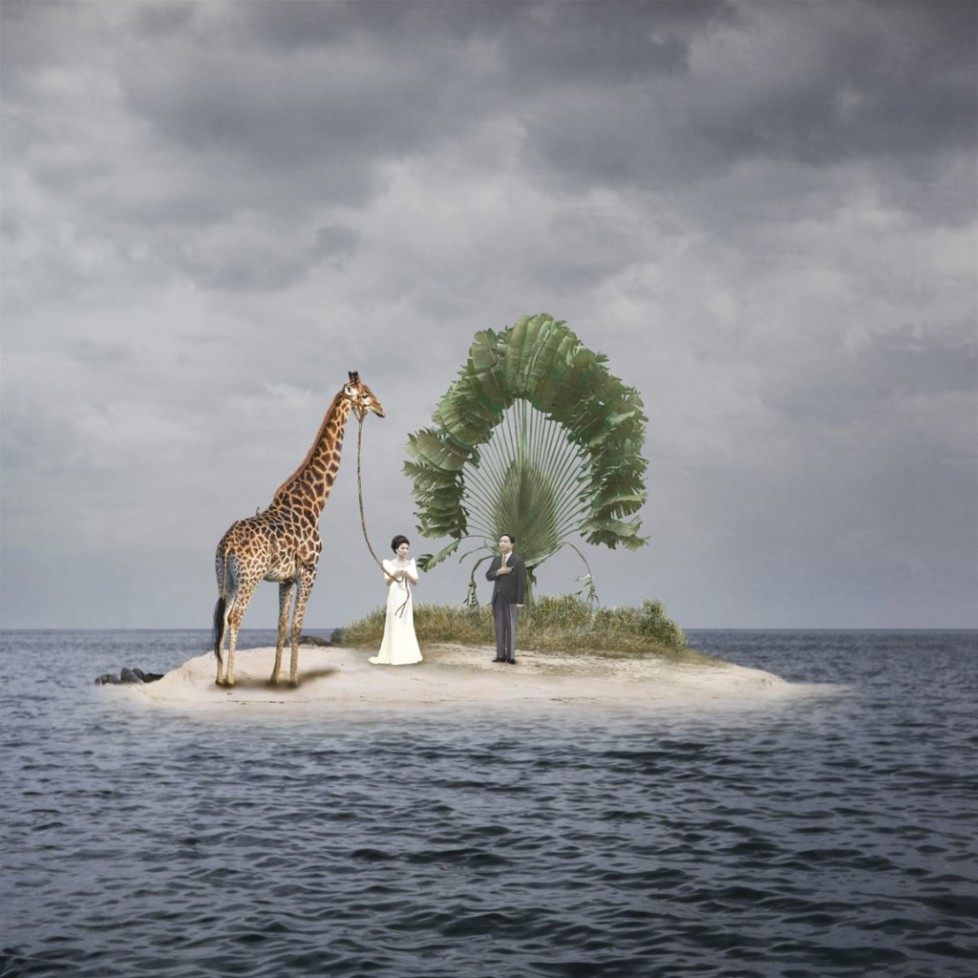 “MAM Collection 004” will present works by three artists: Yoneda Tomoko, Shilpa Gupta, and Yee I-Lann. For all works on exhibit here, the artists researched legends and historical events they had not actually experienced in person, using their own imaginations to recreate these events and render them as artwork.
Yoneda Tomoko’s photograph series “Between Visible and Invisible” takes as its theme the historical relationship between that which can, and cannot, be seen. In one of them, Freud’s Glasses - Viewing a text by Jung II (1998), she employs spectacles actually used by Sigmund Freud to view text by Carl Jung who was his prodigy yet later parted ways. Exactly how Freud felt upon reading that text is left to our imagination.
In Shilpa Gupta’s sound installation Tryst with Destiny - Speech on the granting of Indian Independence, August 14th, 1947, Jawaharlal Nehru (1889-1964) (2007-08), the artist can be heard singing, through a microphone, the speech by the first Indian prime minister Jawaharlal Nehru given on the eve of the country’s independence, to her random tune. A microphone, which is usually used for giving speeches, has been turned into a speaker from which Nehru’s somber words pour out as a nostalgic song.

“Sulu Stories” (2005) is a photograph series by Yee I-Lann featuring legends and stories from the Sulu Archipelago (now part of the Philippines). Sulu Archipelago, adjacent to Malaysia and Indonesia, was independent as Sultanate of Sulu from the 15th to 19th century, yet has now become the base of anti-government forces and terrorist organizations and travel from outside is restricted. The artist was also unable to enter the central Sulu, and she completed the series by superimposing various images on the pictures taken from the surrounding sea based on research.

These slices of legends and history, recreated from the artists’ subjective viewpoints and rendered using approaches different from the usual documentary format, speak to the soul in subtle, unobtrusive ways.