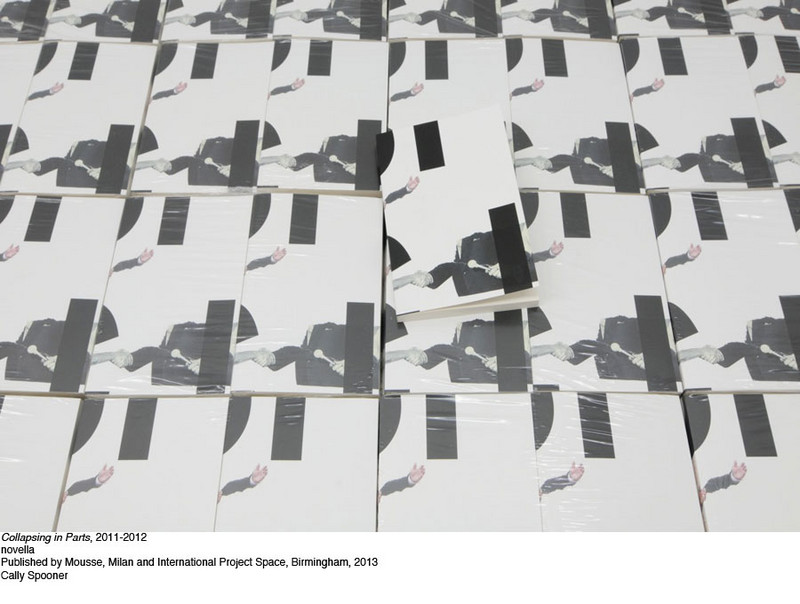 1. Collapsing In Parts was a year long solo show with International Project Space now 'settled' in to a novella, published by Mousse. Collapsing in Parts unfolded
as an investigation into creative progress, publicness and improvement read through the emergence of new performance economies found in organisational,
sporting and political spheres. Collapsing in Parts approached the notion of performance as a promise, wherein the challenge to produce, and the constant
revisions involved, became part of the performance itself.
2. And As The Medieval Cloisters Connect Seamlessly With The Corridors of Power...I’m quietly confident (U-turn) has been developed from an excerpt from
the work And You Were Wonderful, On Stage is a peripatetic musical. The production evolves as it moves between institutions, beginning at the Stedelijk Museum in April, to stage how spectacle inhabits language as it moves from the screen and stage into the thick of lived experience, where it deadens the drive for difference and performs a making-technical of life. With musical direction and composition by Peter Joslyn, and a growing cast of performers, the musical has so far re-staged a number of current affairs where instances of automation parade as liveness, and performance promises are met, then broken. Characters include Beyonce's lip sync at Obama's Inauguration, Lance Armstrong's Oprah Winfrey confession, and Michael Gove’s U Turn, which arrived in the UK last February.
www.motinternational.com