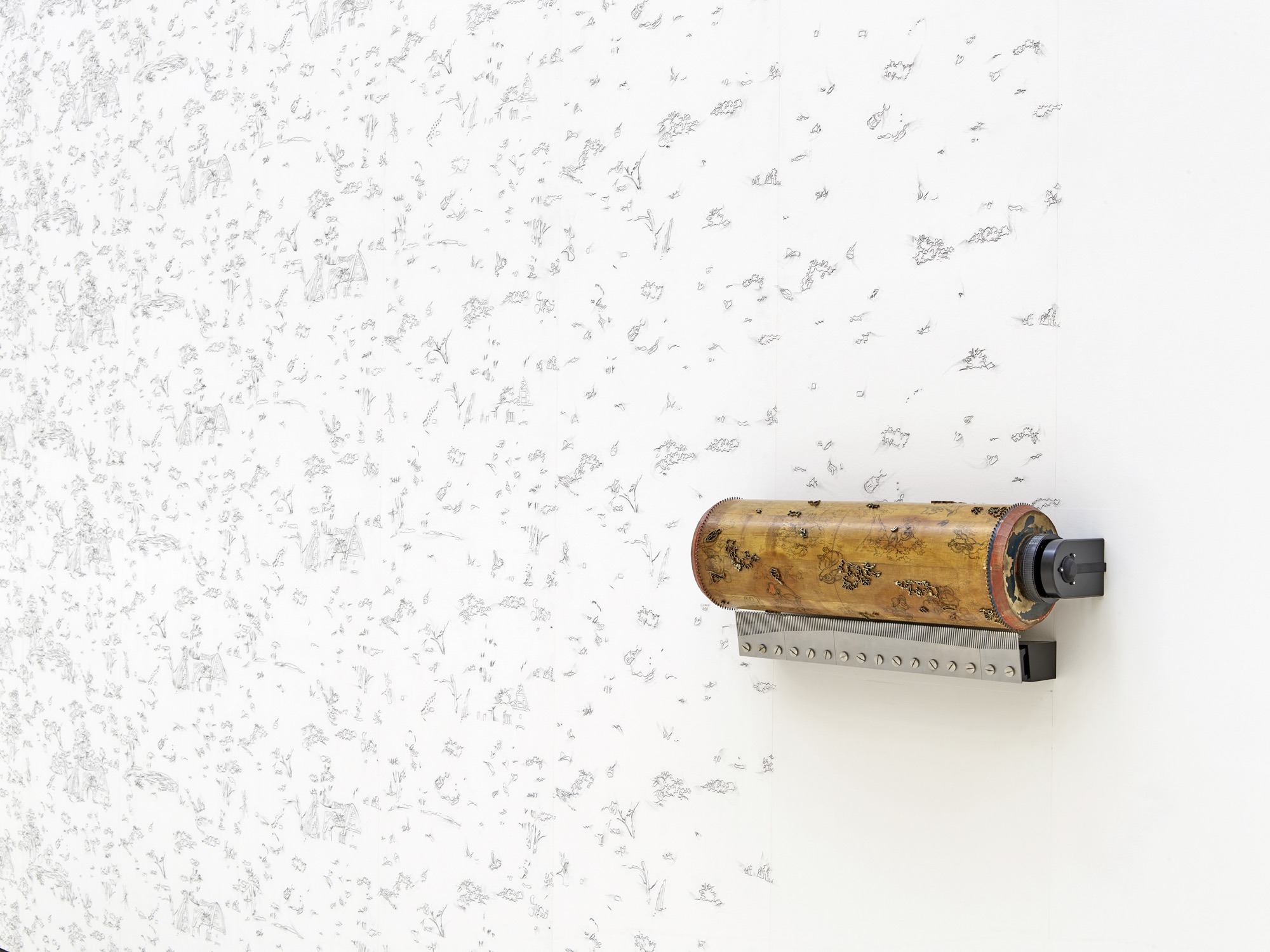 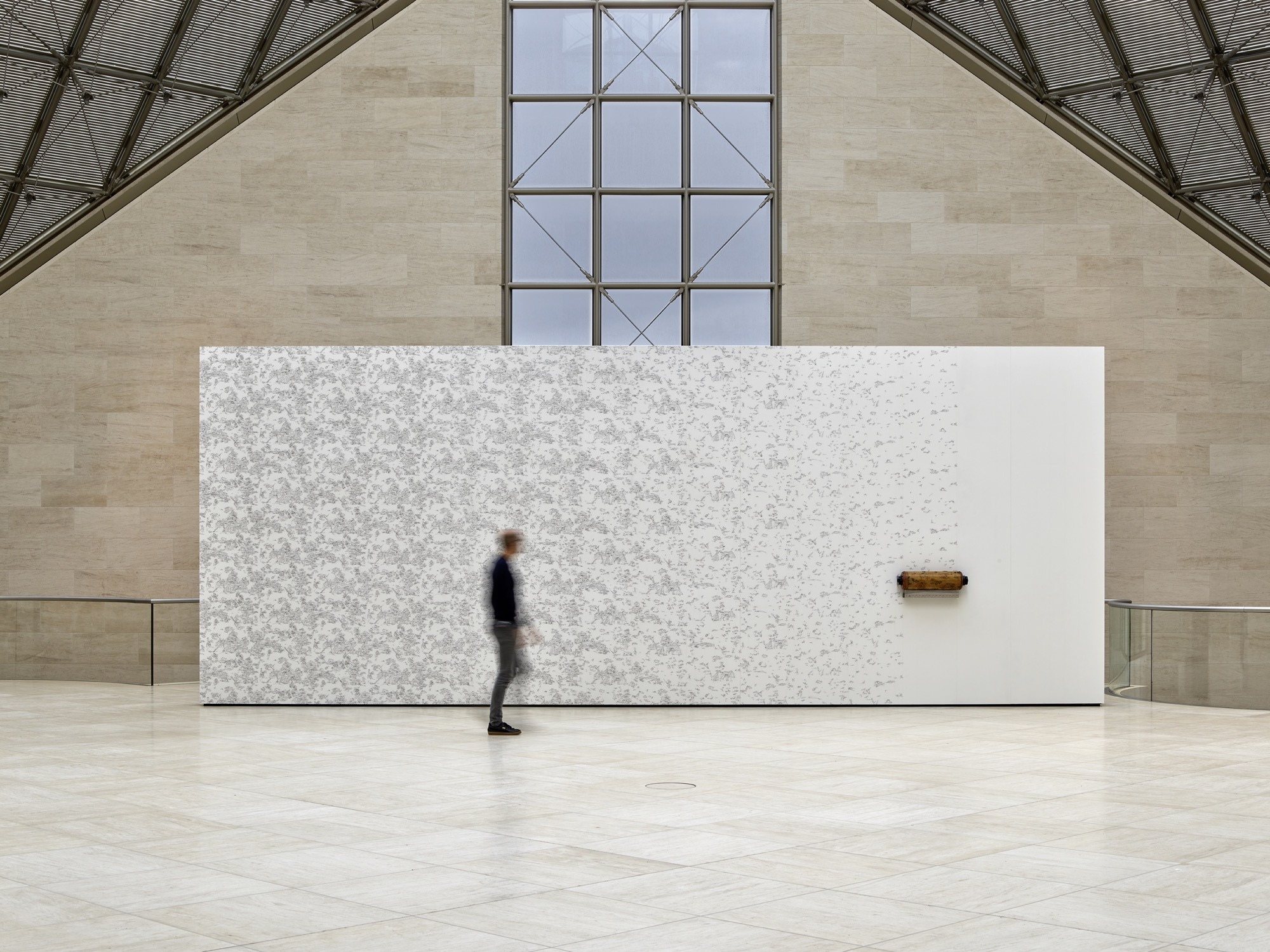 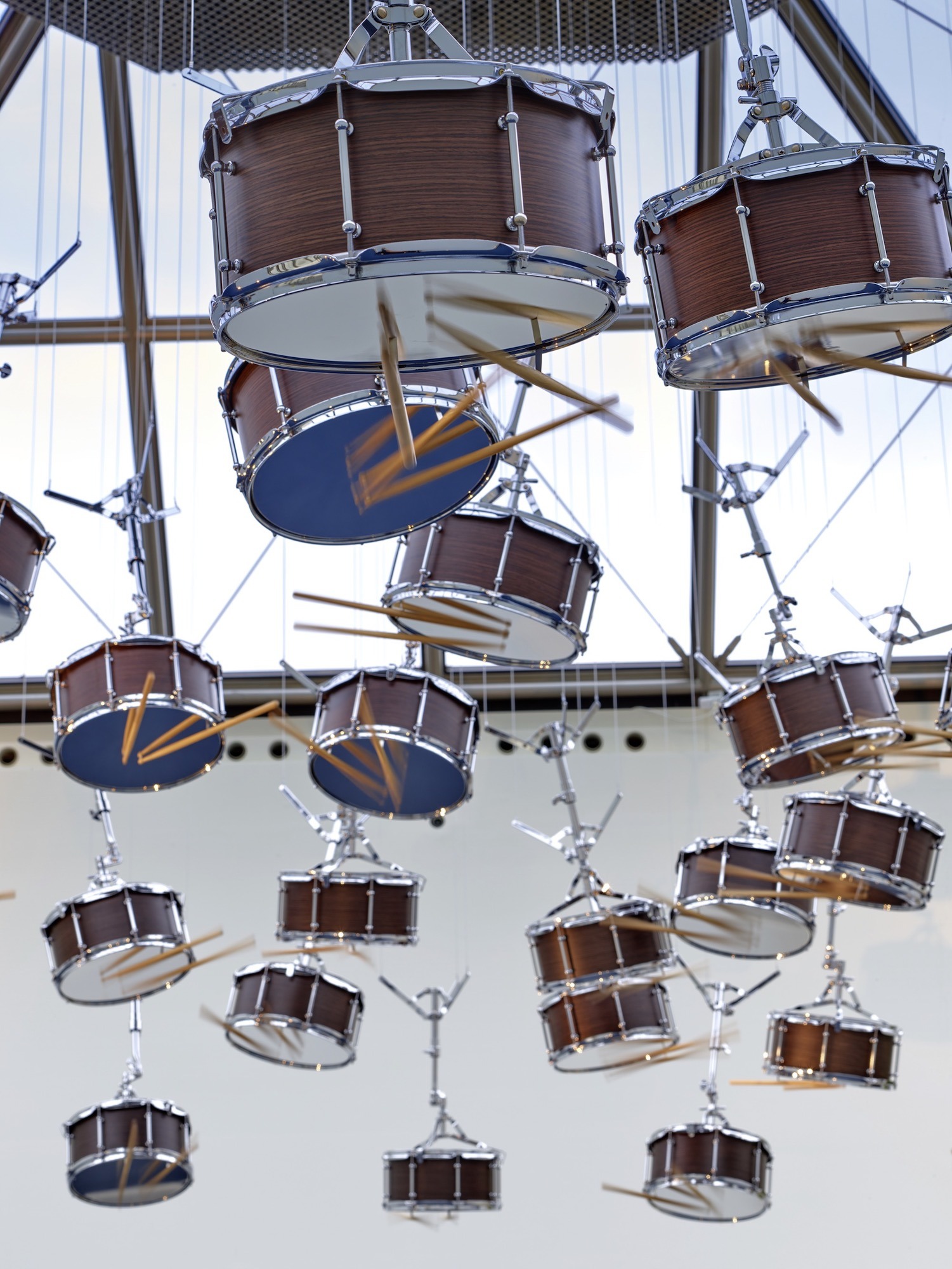 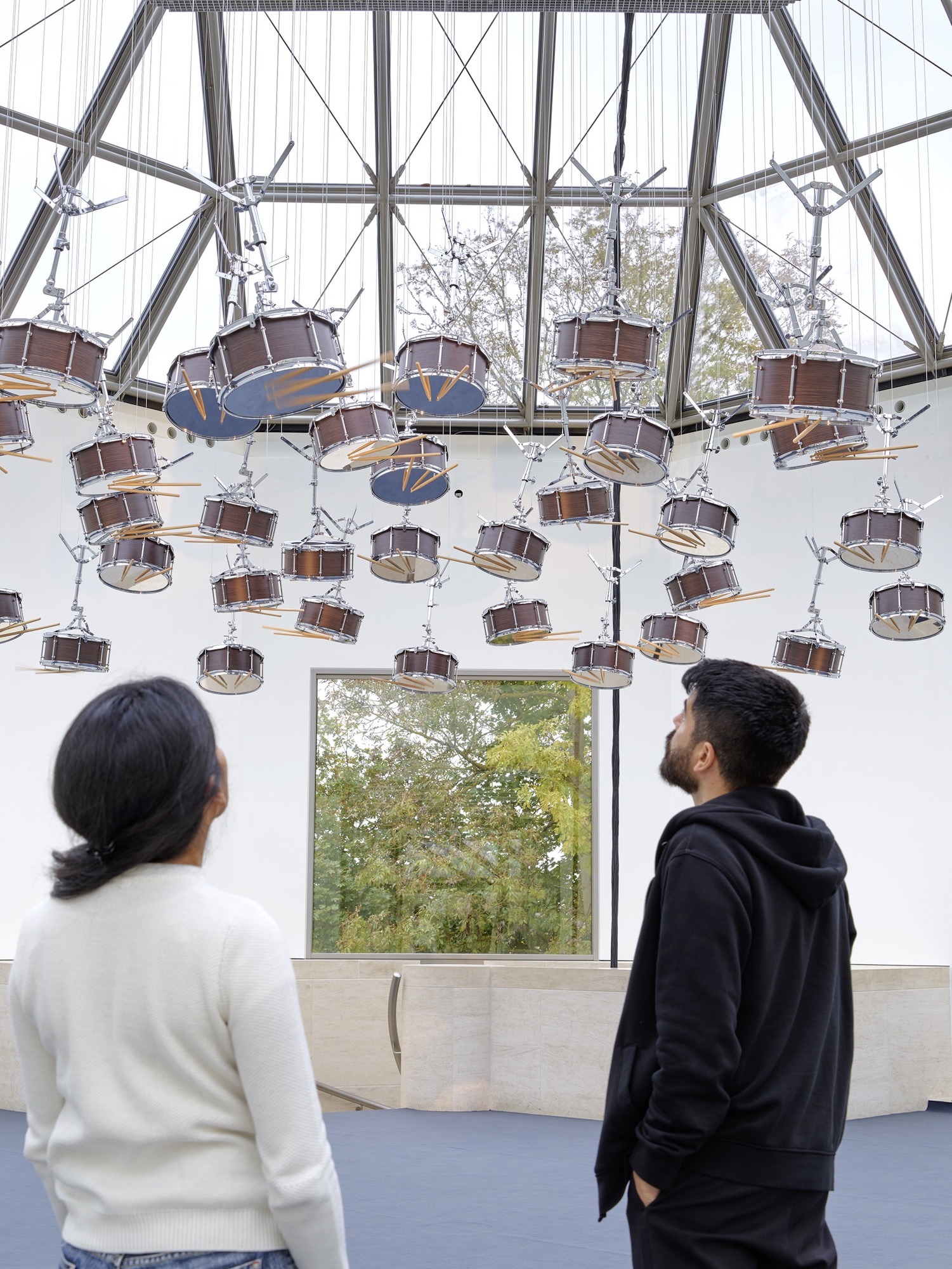 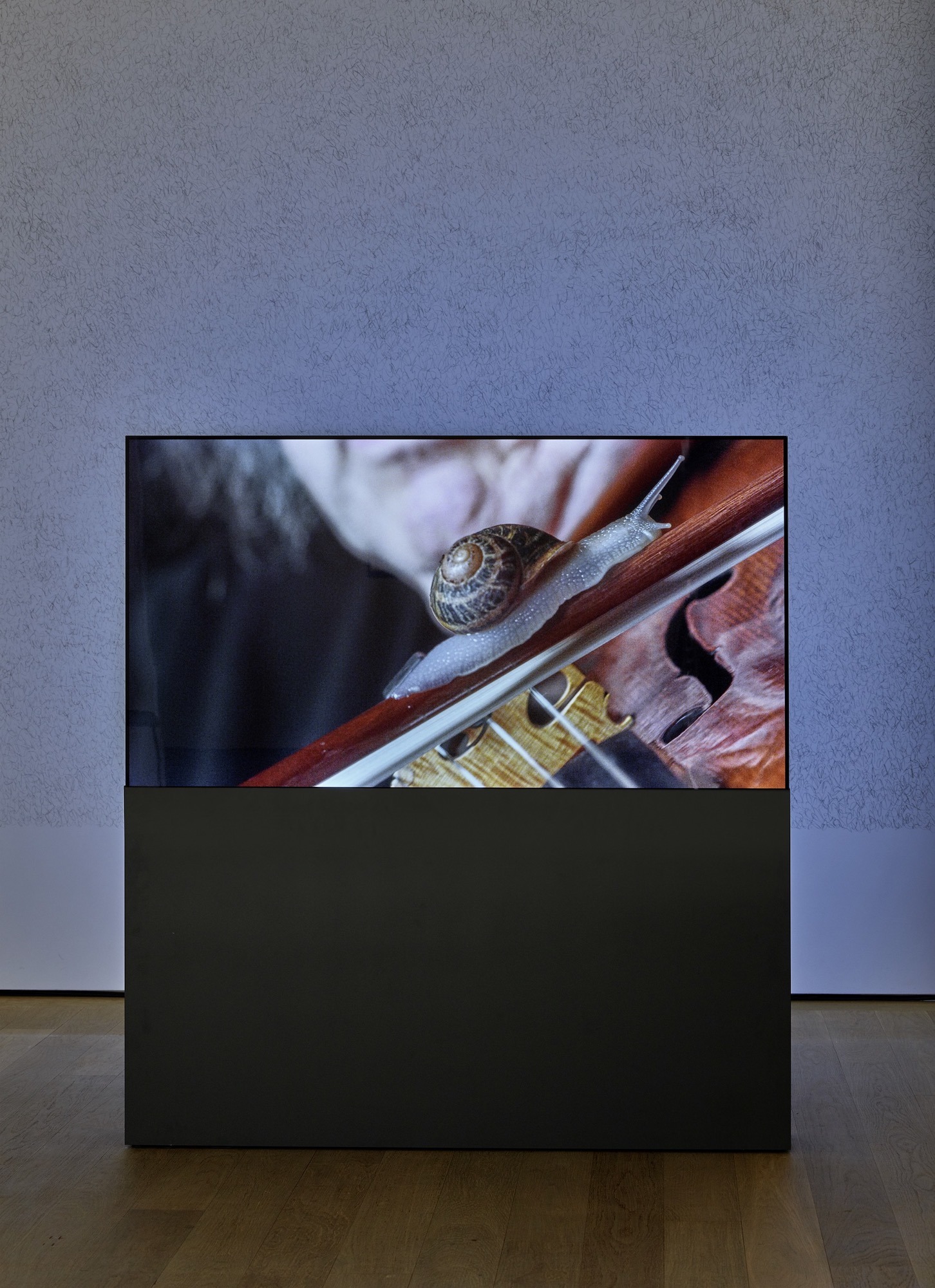 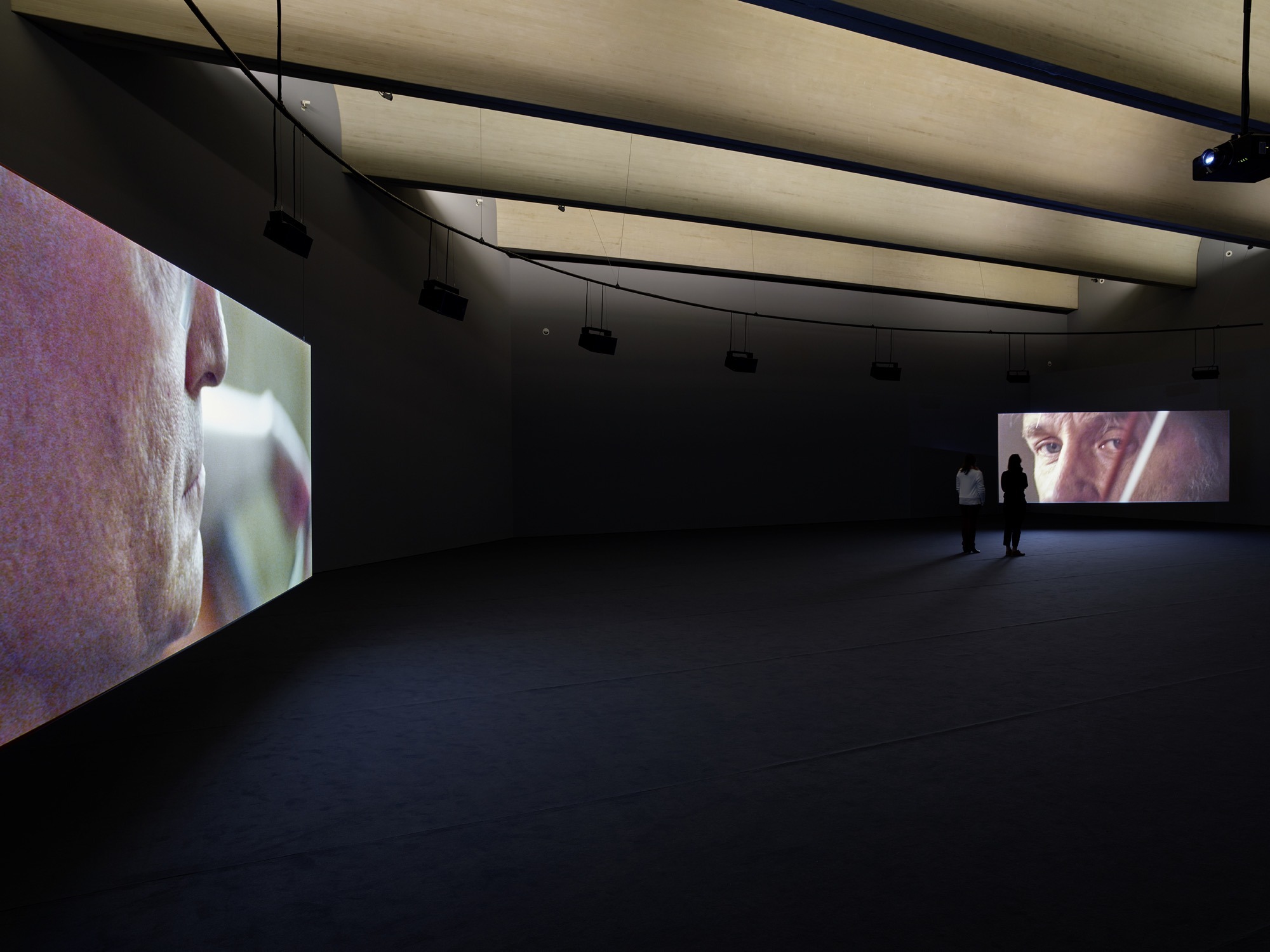 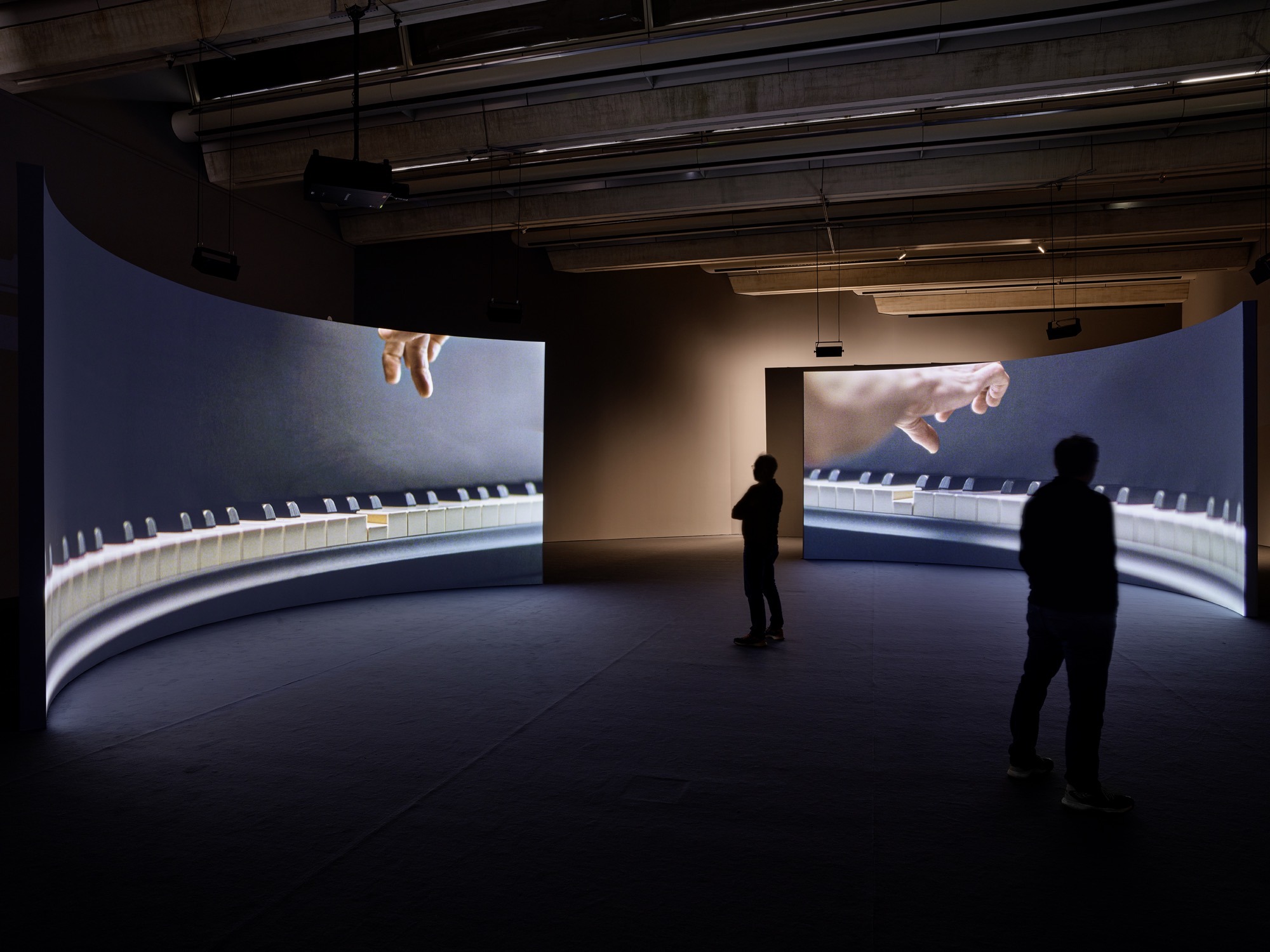 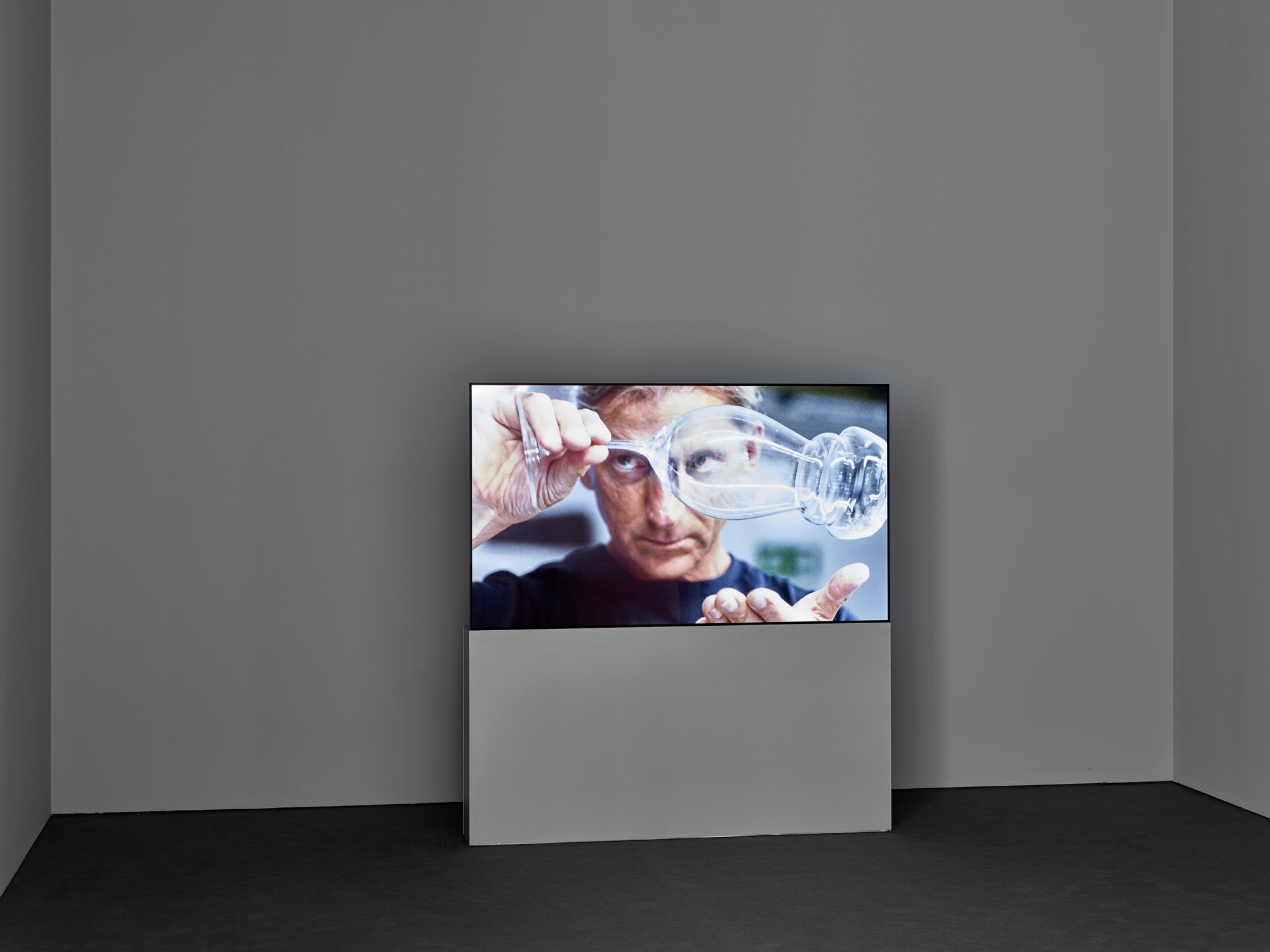 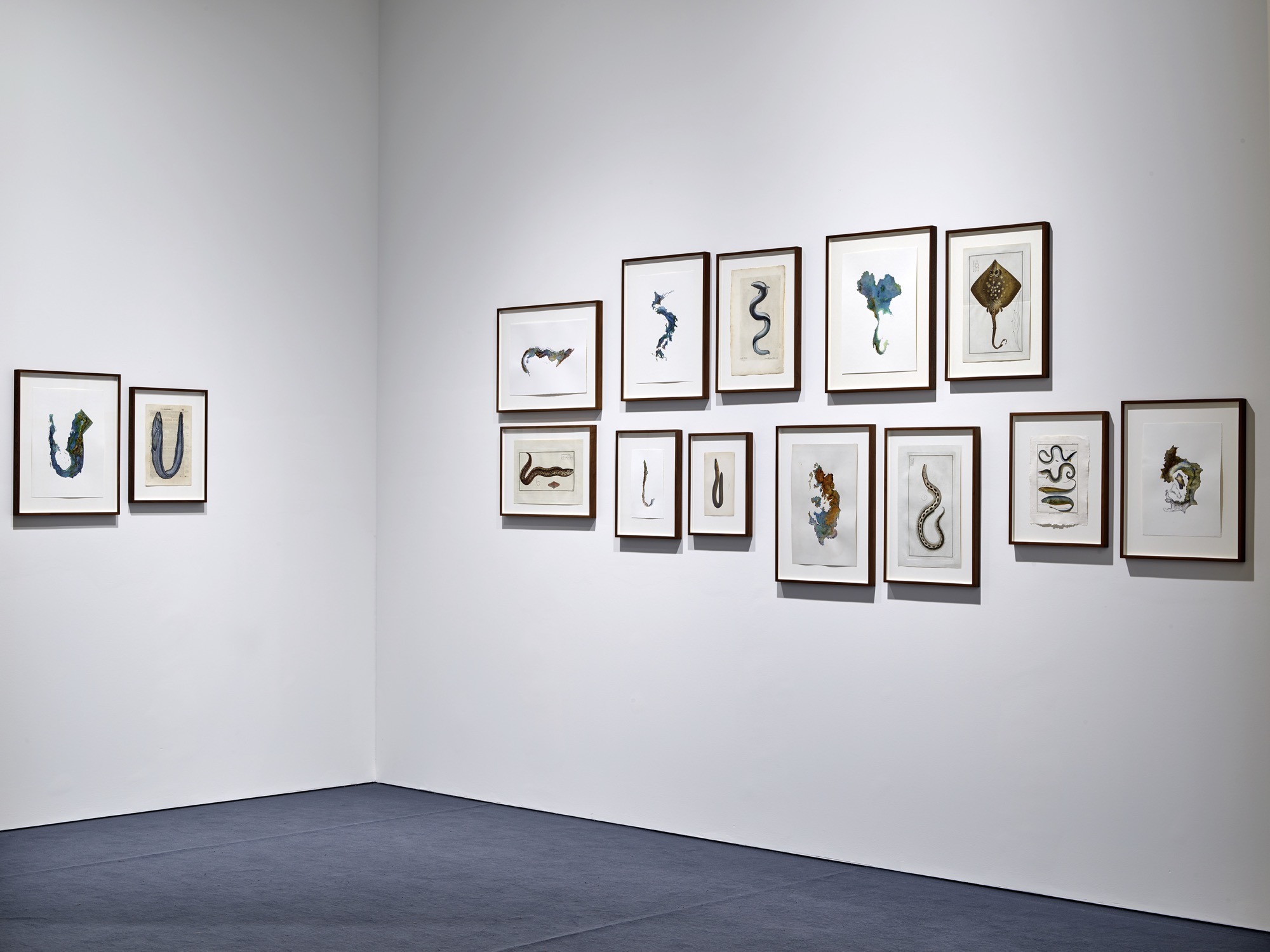 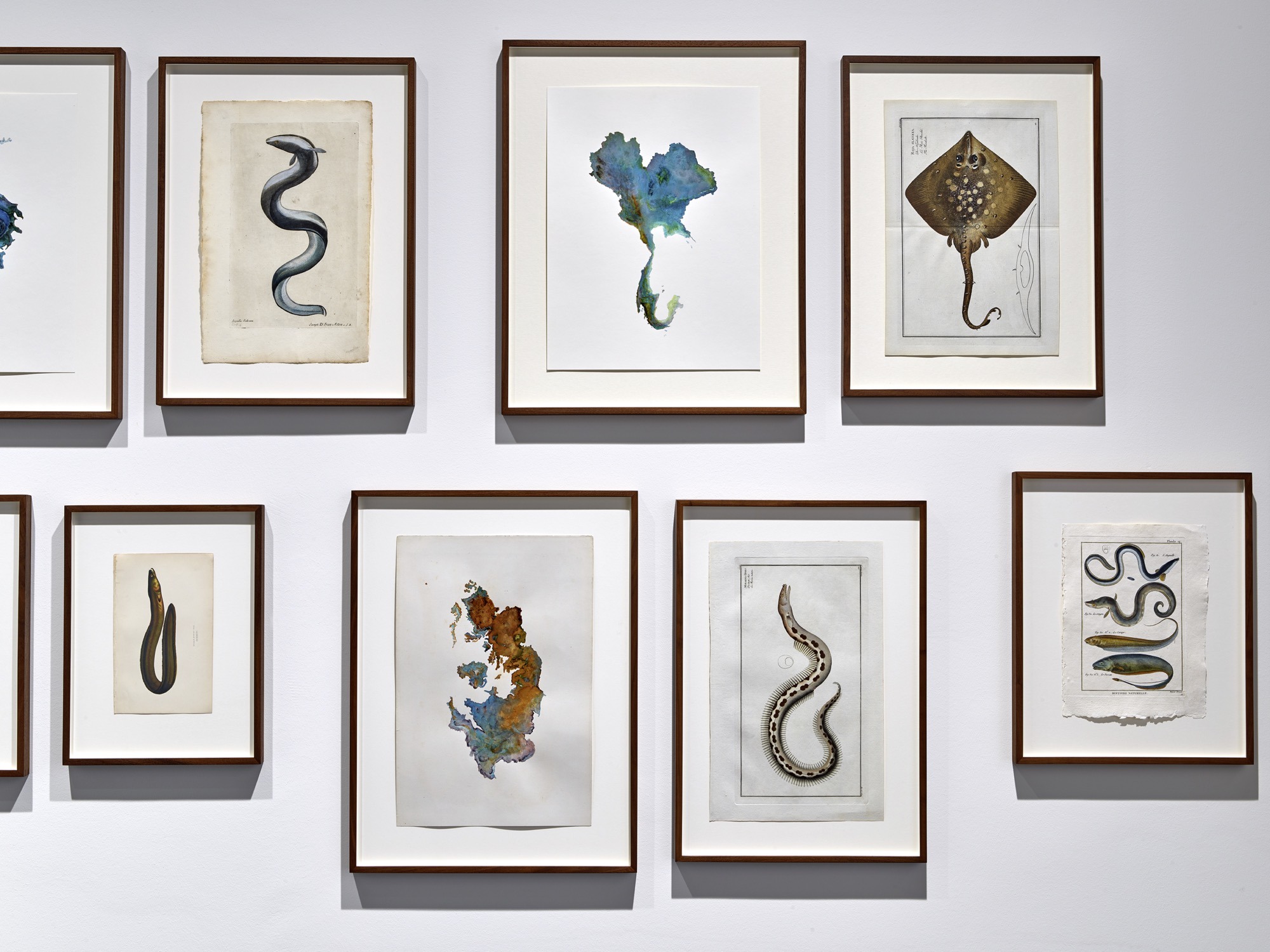 The Last Resort was first presented at the Observatory Hill Park bandstand overlooking Sydney Harbour. The work reinterprets Mozart’s Clarinet Concerto, written in 1791, three years after the First Fleet landed in Australia. Sala altered the score to echo the voyages made between Europe and Australia, modifying its original tempo according to the wind conditions recorded by James Bell, who sailed aboard the Planter from St Katharine Docks in London to Adelaide in 1838. Sala has described that ‘[his] intention was to subvert Mozart’s Clarinet Concerto, its flow as a whole, its gravity and its pace, in order to produce the perception of a concert that has traveled a long distance.’ Referencing both the paradigmatic music of the period and the history of colonisation, The Last Resort is a poetic expression of the paradoxes of the Age of Enlightenment.

Mudam Luxembourg – Musée d’Art Moderne Grand-Duc Jean presents Le Temps coudé, a major exhibition dedicated to the work of Anri Sala (b. 1974, Tirana). The exhibition brings together film, sound and sculptural installations produced between 2014 and 2019, and works on paper from three different series. In his films and installations, Sala uses sound and music, exploring their relation to image and architecture, history and time. The motif, both visual and musical, is ever-present as are forms of displacement and alteration. Entitled Le Temps coudé, the exhibition refers to the notion of warps or bends in our experience of space and time, borrowing from the French phrase for taking a sudden detour.

Far from being mere accompaniments to the image, sound and music play a key role in Sala’s work. They are employed by the artist for their ability to reveal and “open up” the space of the present. Drawing upon a range of music styles, from classical and free jazz to pop and contemporary music, Sala’s immersive works create an experience that is at once physical, sensorial, subjective and collective. This focus on experience is also found in the way Sala orchestrates the presentation of his works. Each exhibition presents a unique configuration in which film, music, sculpture, drawing and space are conceived as a ‘continuum of presences and flows’, a ‘site of conjunctions and interrelations’ in which the viewer plays an active role. The exhibition, which will be installed over two floors of Mudam, exemplifies this distinct approach in Sala’s work.

On the ground floor – in the Grand Hall and in the Henry J. and Erna D. Leir Pavilion – two major installations are presented in dialogue with Ieoh Ming Pei’s iconic architectural spaces. The first, All of a Tremble (Delusion/Devolution) (2017), transforms a visual motif into sound, taking the concept of the mechanical music box to ‘play’ a rotogravure printing cylinder – originally used to print wallpaper – as it turns upon a monumental wall.

This interest in the historical dimension of music is found in both installations around which the rest of the exhibition revolves. Displayed in a new configuration, the installation Take Over (2017) juxtaposes two famous hymns, The Internationale (1871/1888) and The Marseillaise (1792), the cultural and political history of which are intertwined. The Present Moment (2014) is an extension of Anri Sala’s research into the relation between space, music and the experience of the present moment based on music notes and motifs inspired by Arnold Schönberg’s Transfigured Night (1899).

These two immersive installations are presented in association with two recent films and a selection of works on paper that each introduce the notion of distortion of time and space. In the film If and Only If (2018), the unexpected presence of a snail on a musician’s bow exquisitely inflects a recitation of Igor Stravinsky’s Elegy for Solo Viola (1944). In Slip of the Line (2018), the intervention of a magician in the production line of the Austrian glass manufactor, Riedel, produces a sinuous alteration. In the series Untitled (Maps/Species) (2018-2019), the shapes of various countries have been altered to echo the 18th century style of engravings and watercolours depicting natural history subjects, thus referring to cartography and the rationalism imposed upon the rest of the world by Europe. Drawings from the series The Present Moment (2014) and Manifestations of motion and affect (2014), use musical notation to create a score for confusion in the first, and to map the movement and tempo of a musical piece in the second.

The exhibition is accompanied by a new publication that includes four essays by the French philosopher and musicologist Peter Szendy on Anri Sala’s work, including a text that has been especially commissioned for the exhibition. Entitled Coudées : Quatre variations sur Anri Sala, the book is designed by the Berlin-based graphic designer Quentin Walesch in close collaboration with Anri Sala and Peter Szendy, and is published by Mudam Luxembourg in partnership with Mousse Publishing.