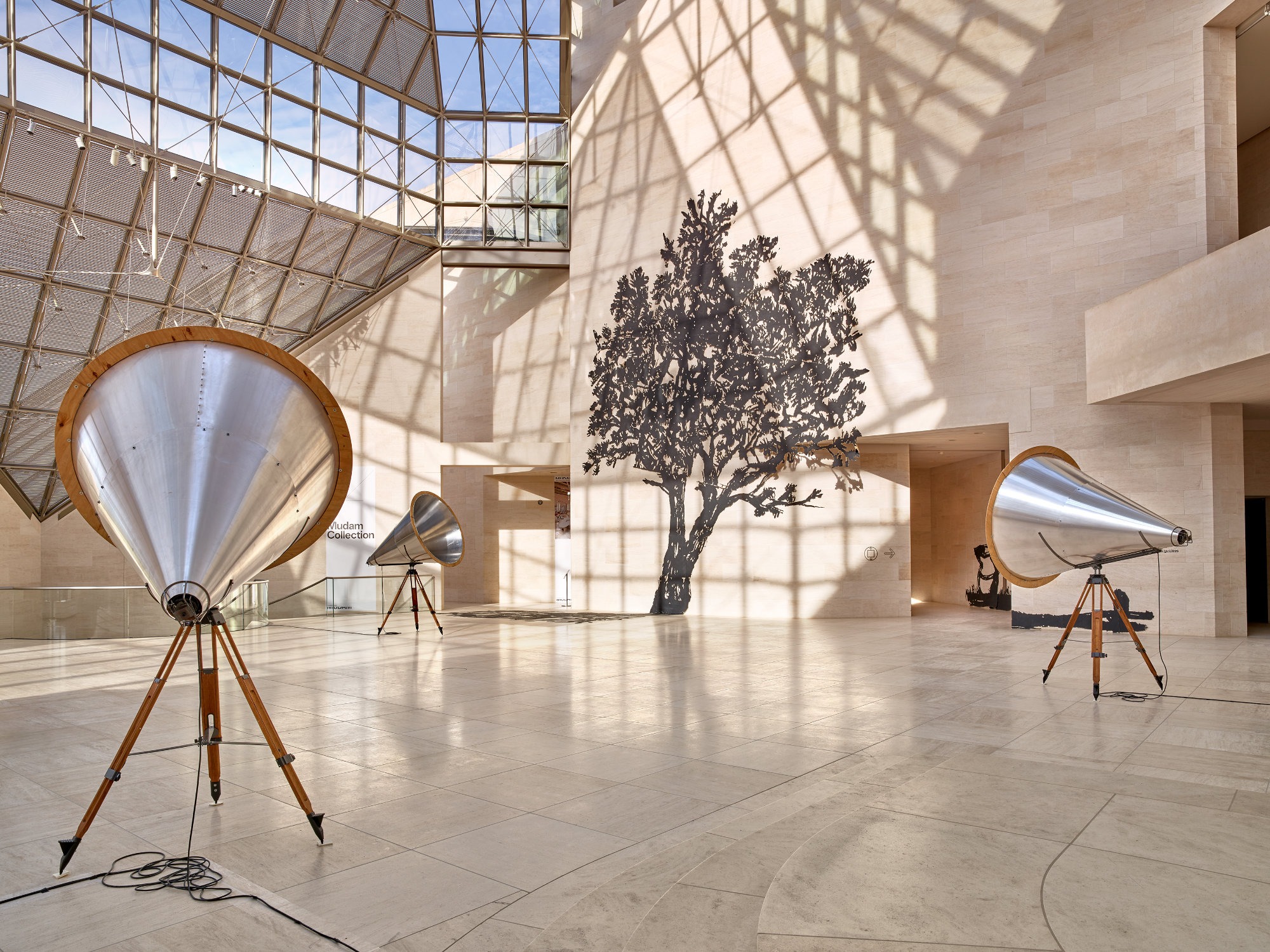 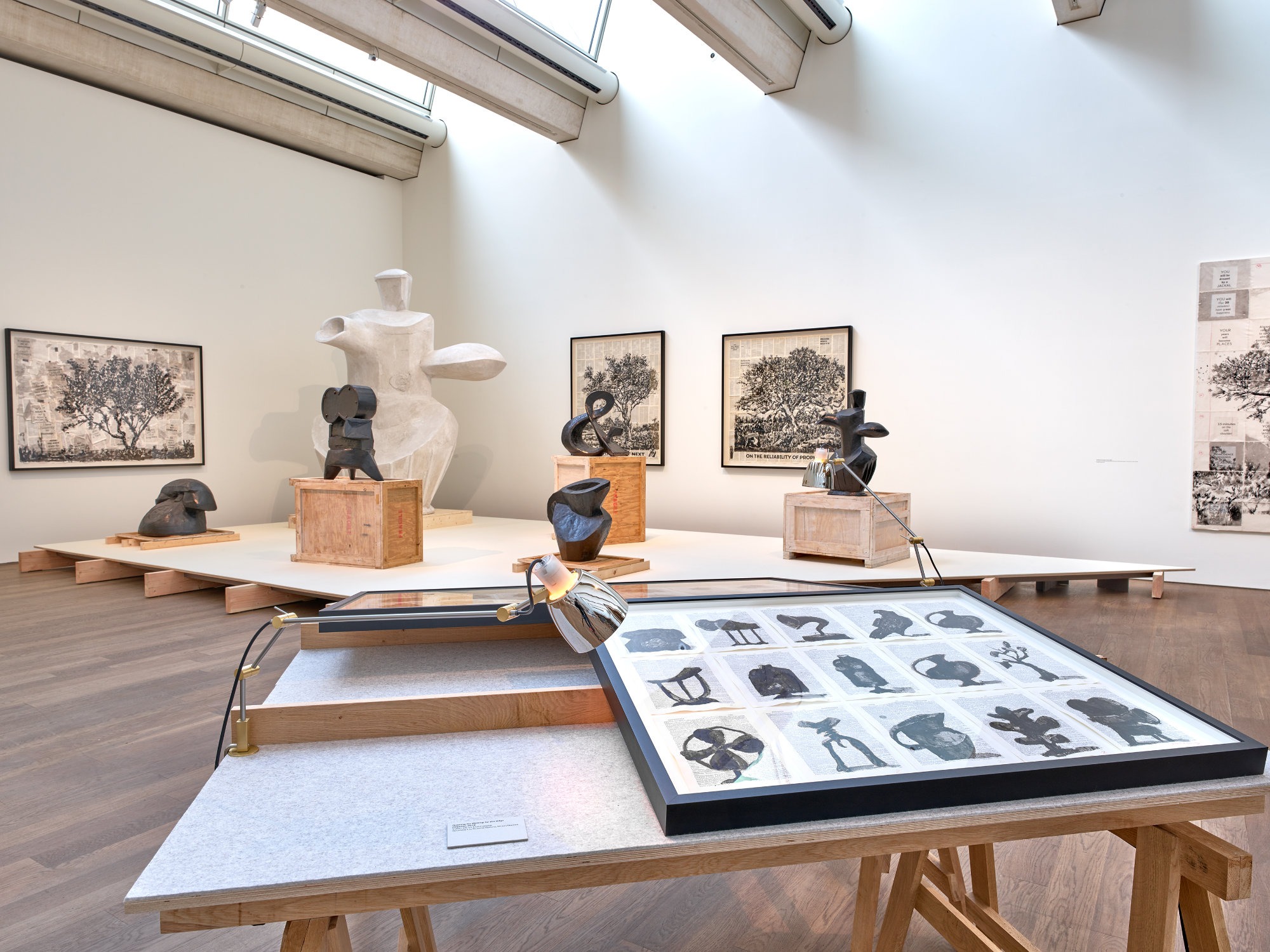 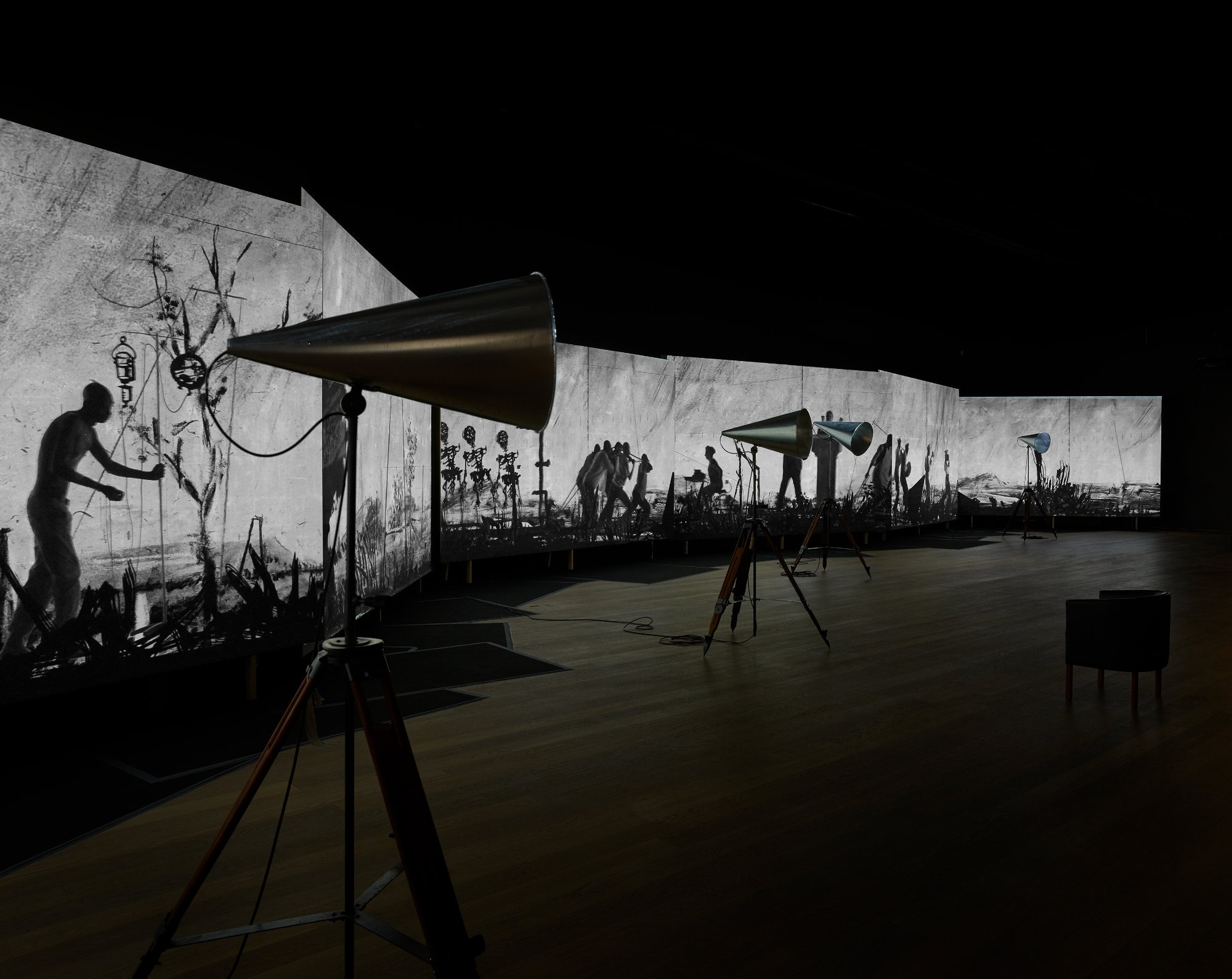 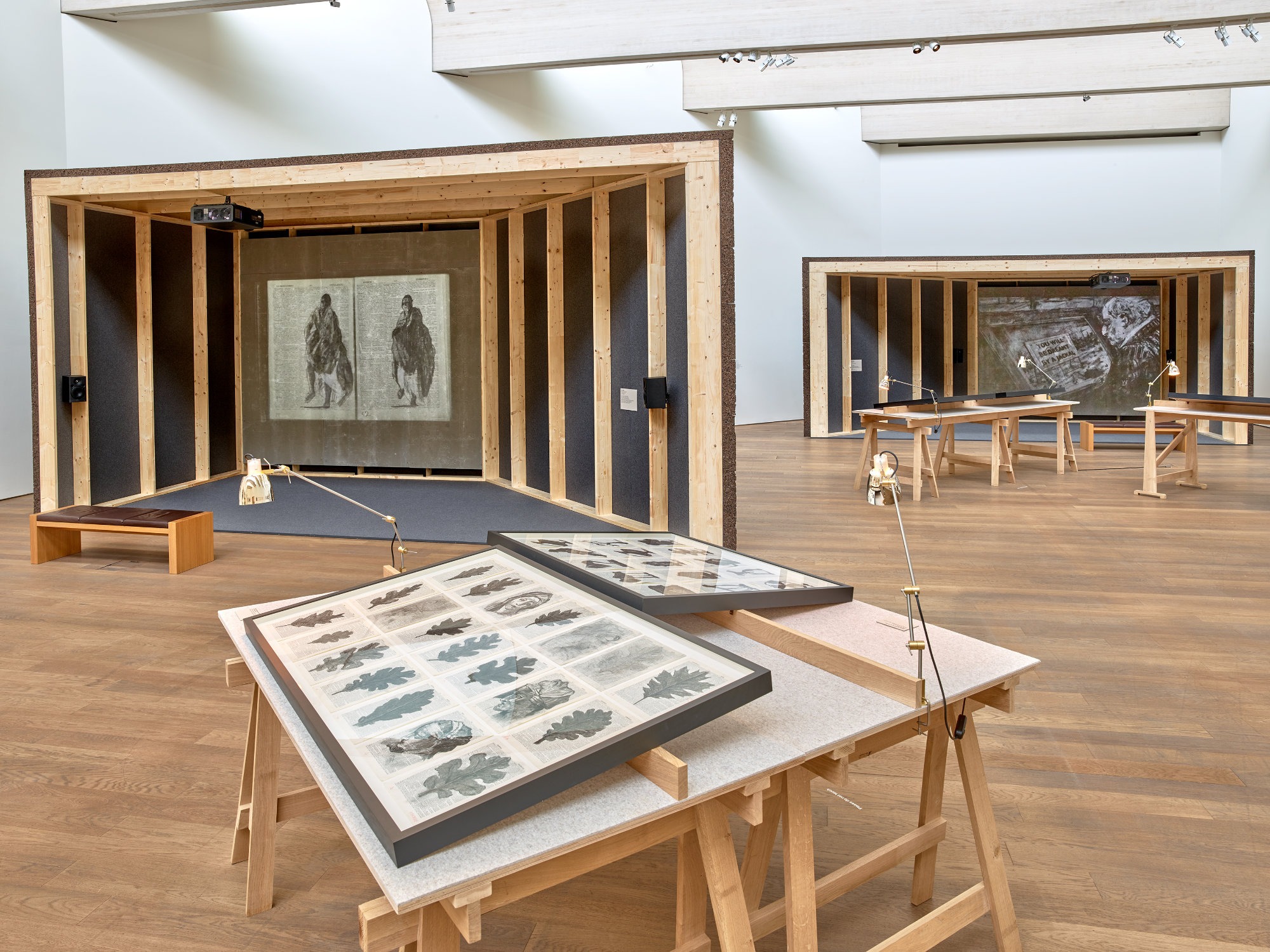 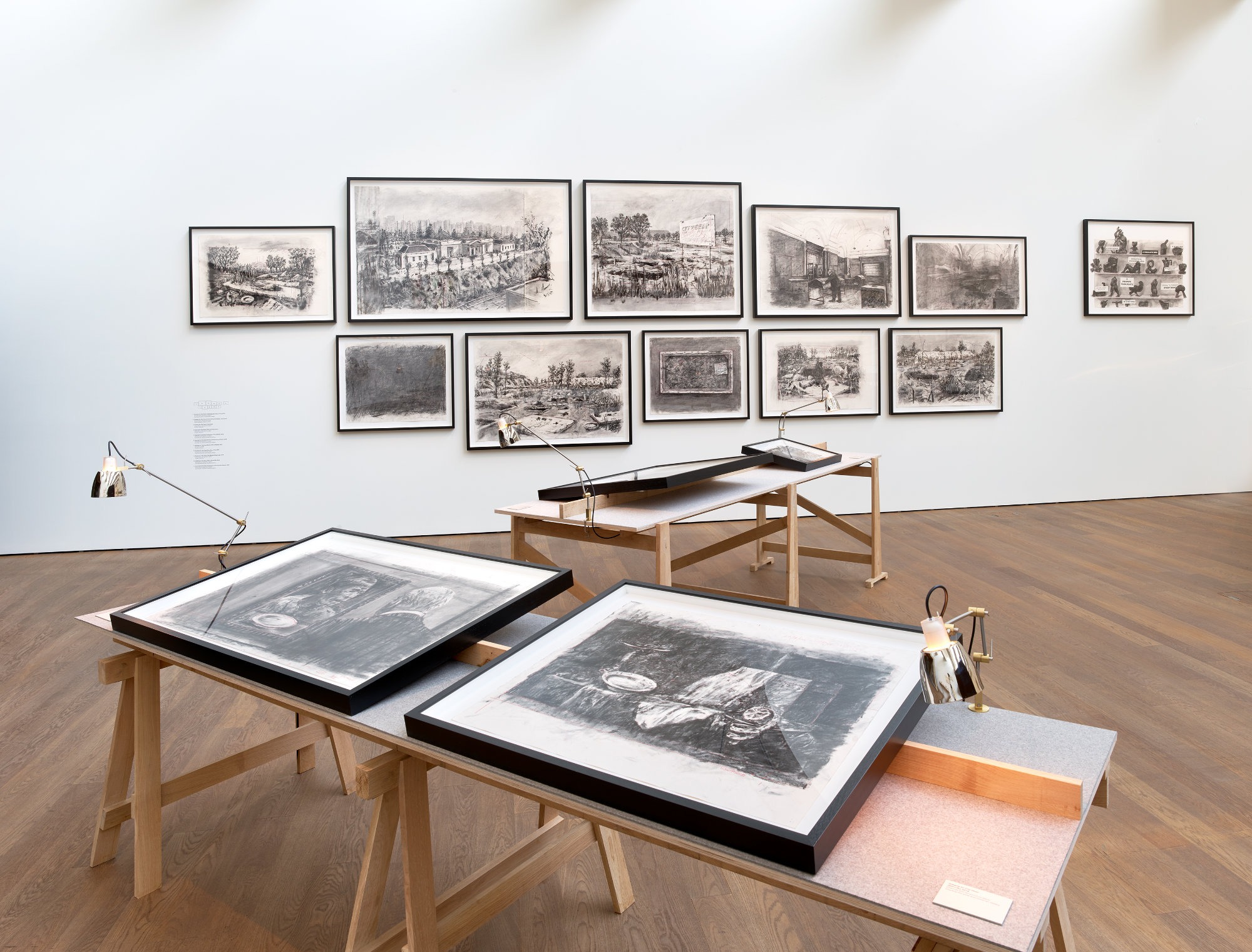 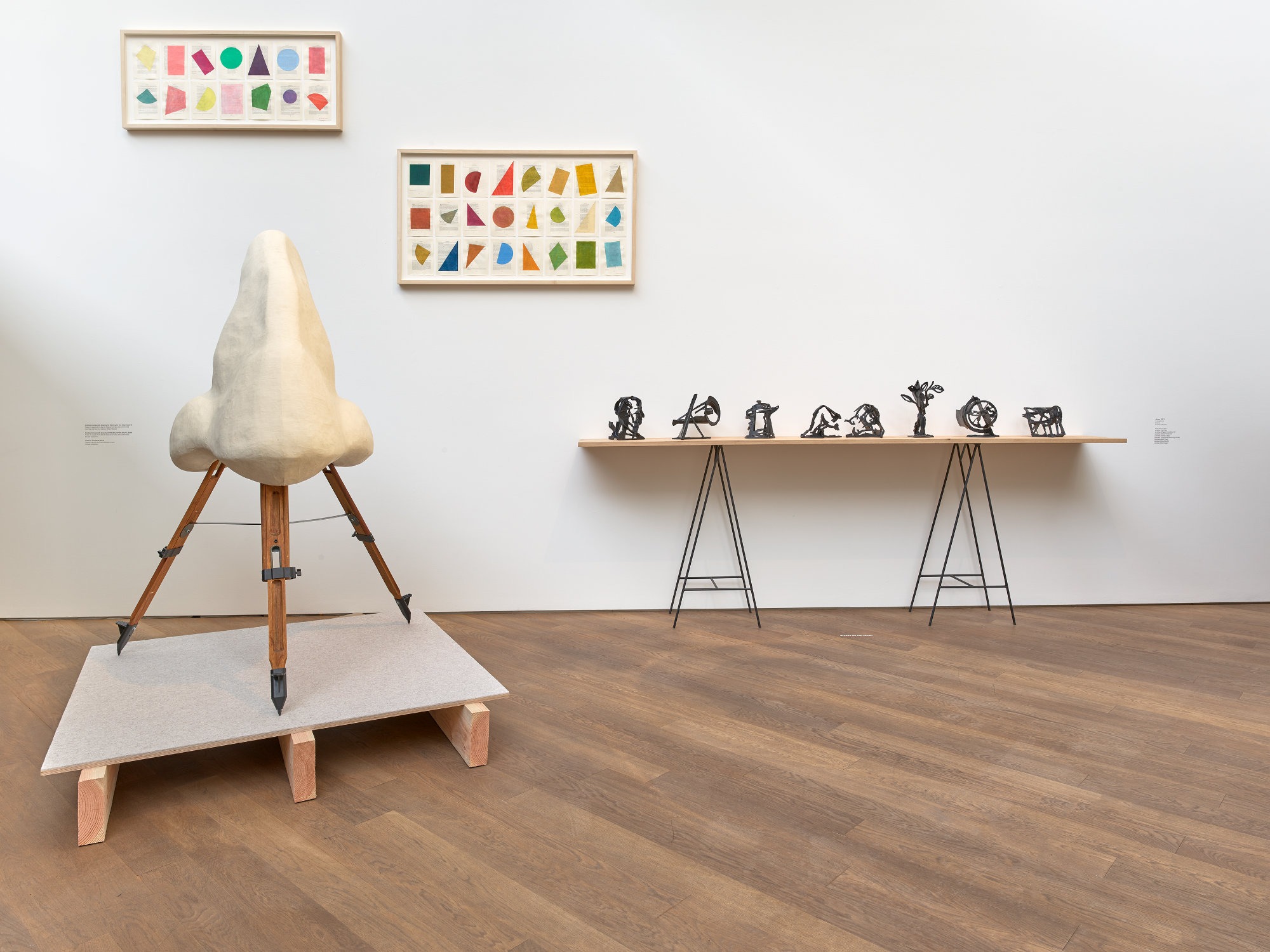 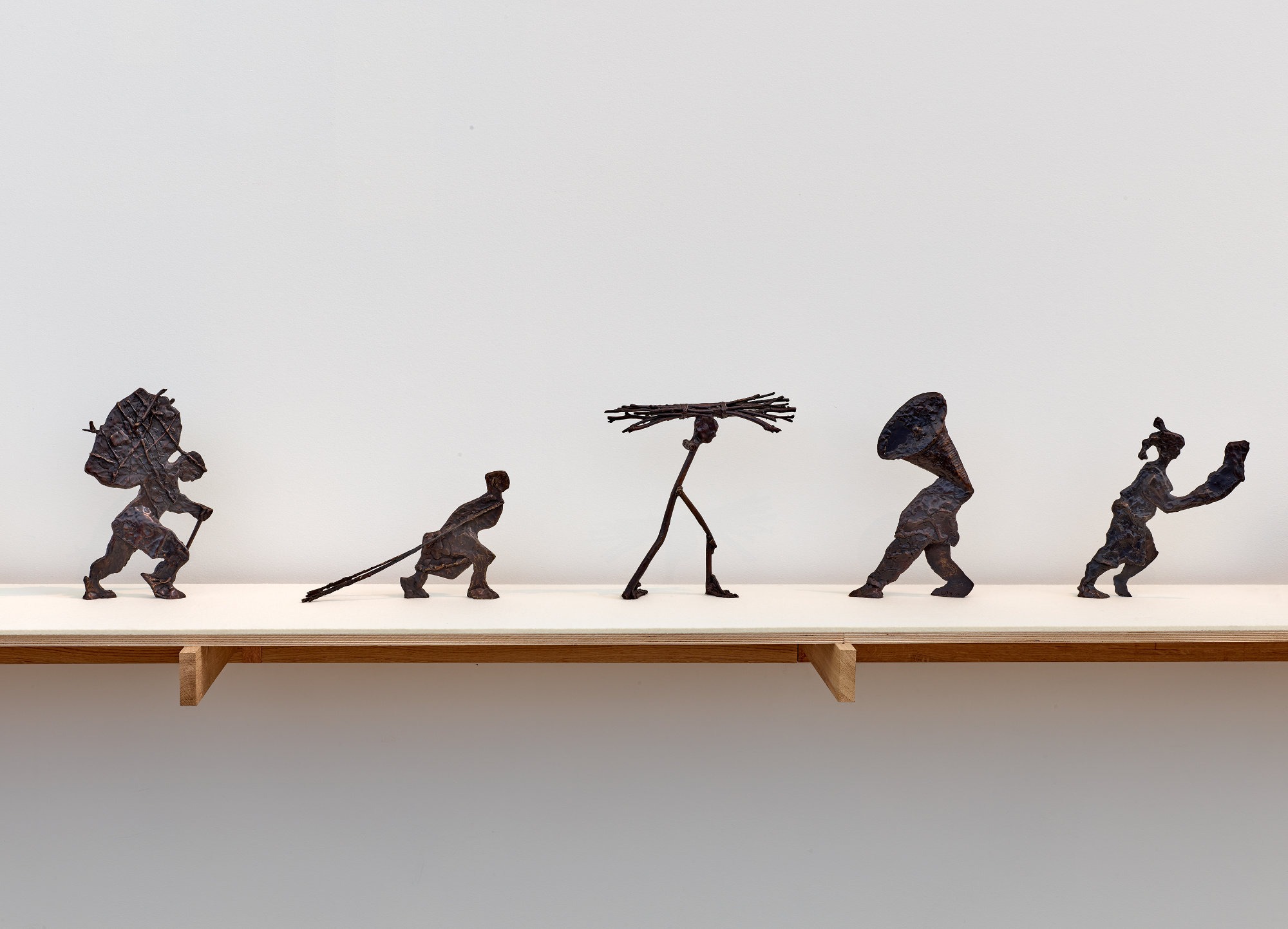 View of the exhibition William Kentridge. More Sweetly Play the Dance, 13.02.2021 — 30.08.2021, Mudam Luxembourg | Photo: © Rémi Villaggi / Mudam Luxembourg
William Kentridge (b. 1955, Johannesburg) has been making art for more than four decades. Anchored in the practice of drawing, his extensive oeuvre encompasses filmed animation, performance, theatre and opera. This exhibition is the first of its kind in presenting Kentridge’s artistic production alongside works for stage and opera for the red bridge project – a collaboration between Mudam Luxembourg, the Philharmonie Luxembourg and the City of Luxembourg’s Grand Théâtre.

Known for his animated films that employ charcoal drawings made through a distinctive process of erasure and recovery, Kentridge moves across and between mediums and disciplines in a dynamic play of deconstruction and recomposition of visual forms. His work is resolutely narrative in its treatment of themes connected to history, time and the importance of absurdity in a world of pronounced certainties. Kentridge addresses these subjects through the lens of his native South Africa.

Presented are drawings, sculptures, sound and film works that reveal the artist’s continued meditation on history and subjectivity, and on the construction of meaning, through images, language, sound, and time. In Kentridge’s universe, time is historic, geological, cinematic, and, especially, the time of the studio.