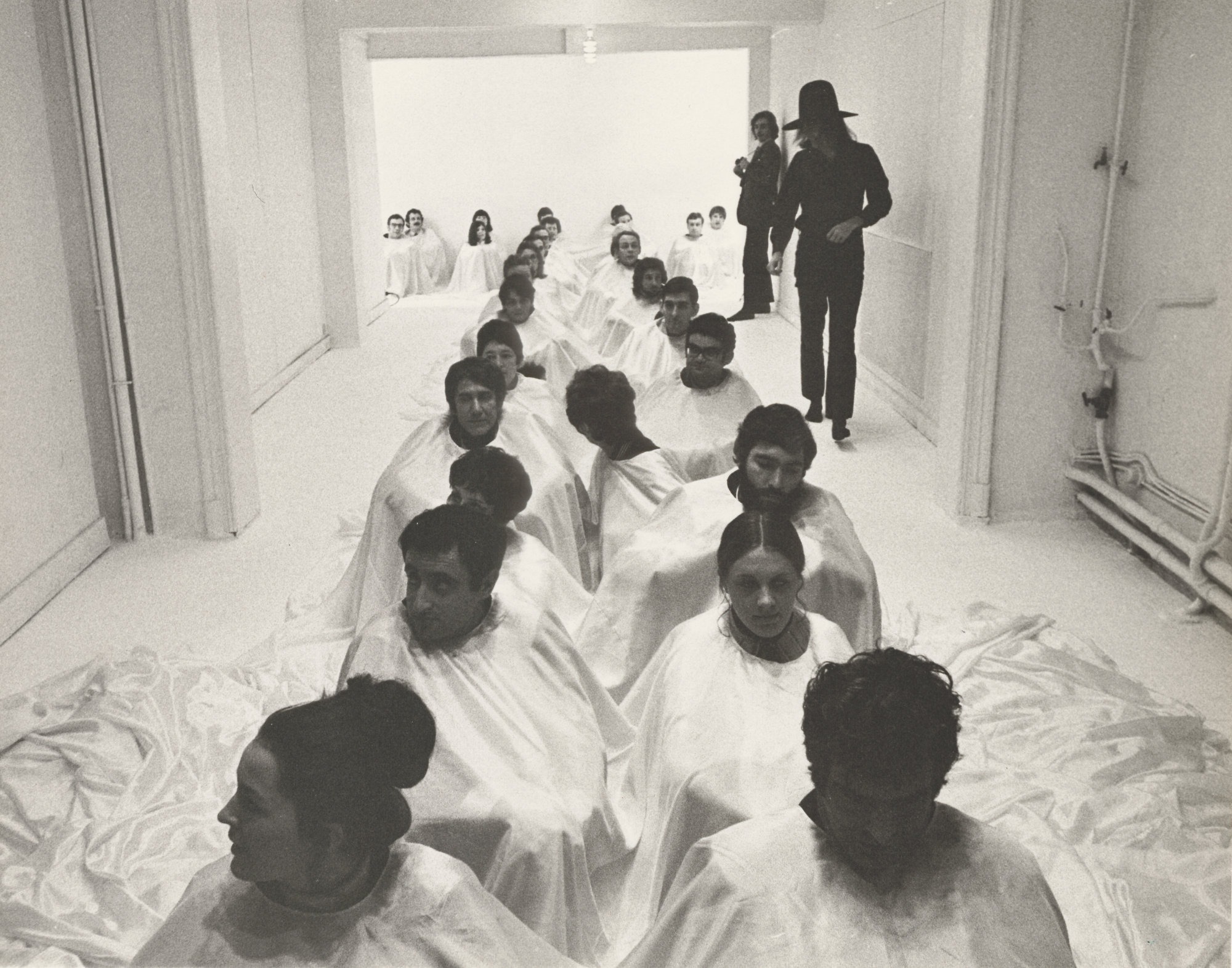 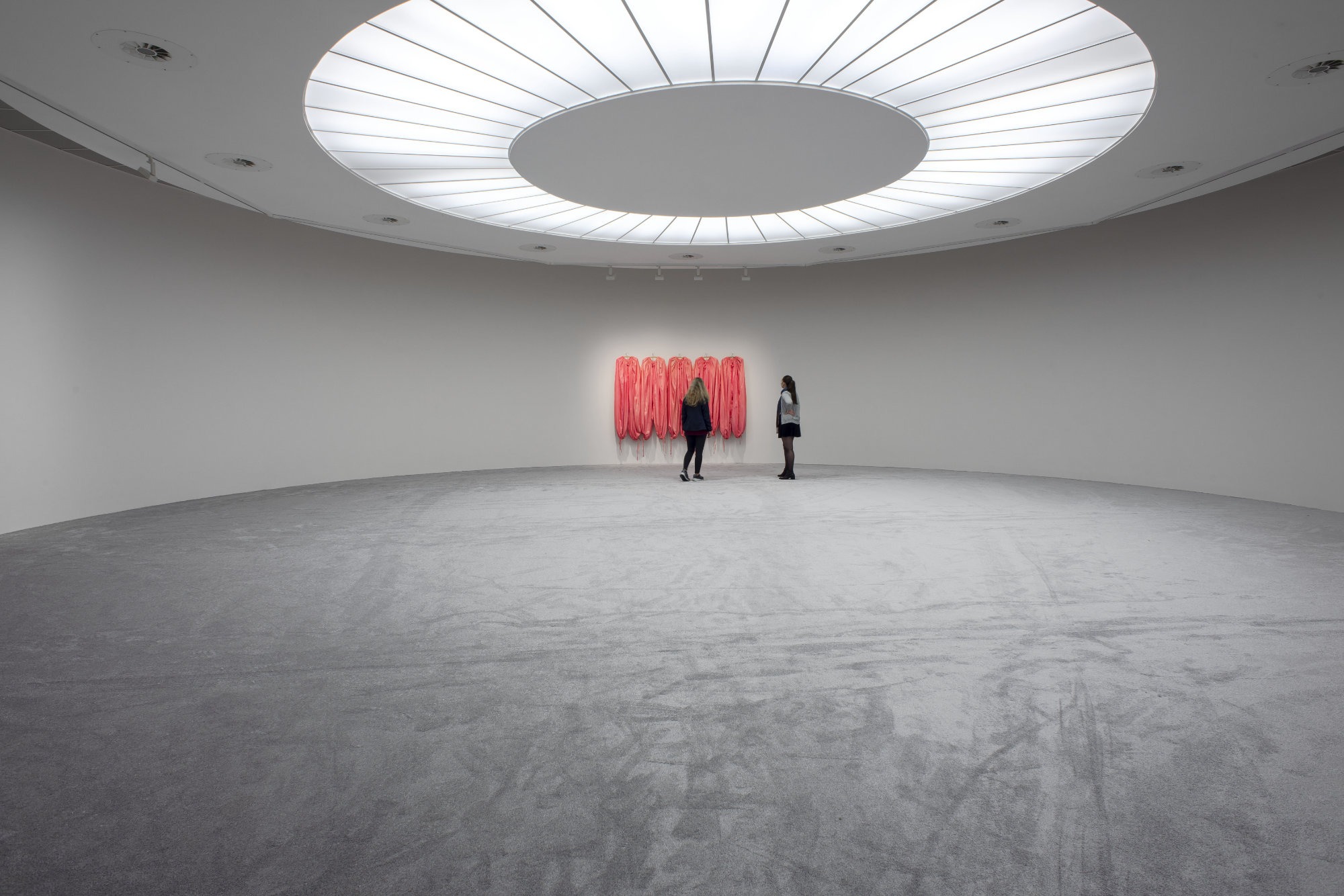 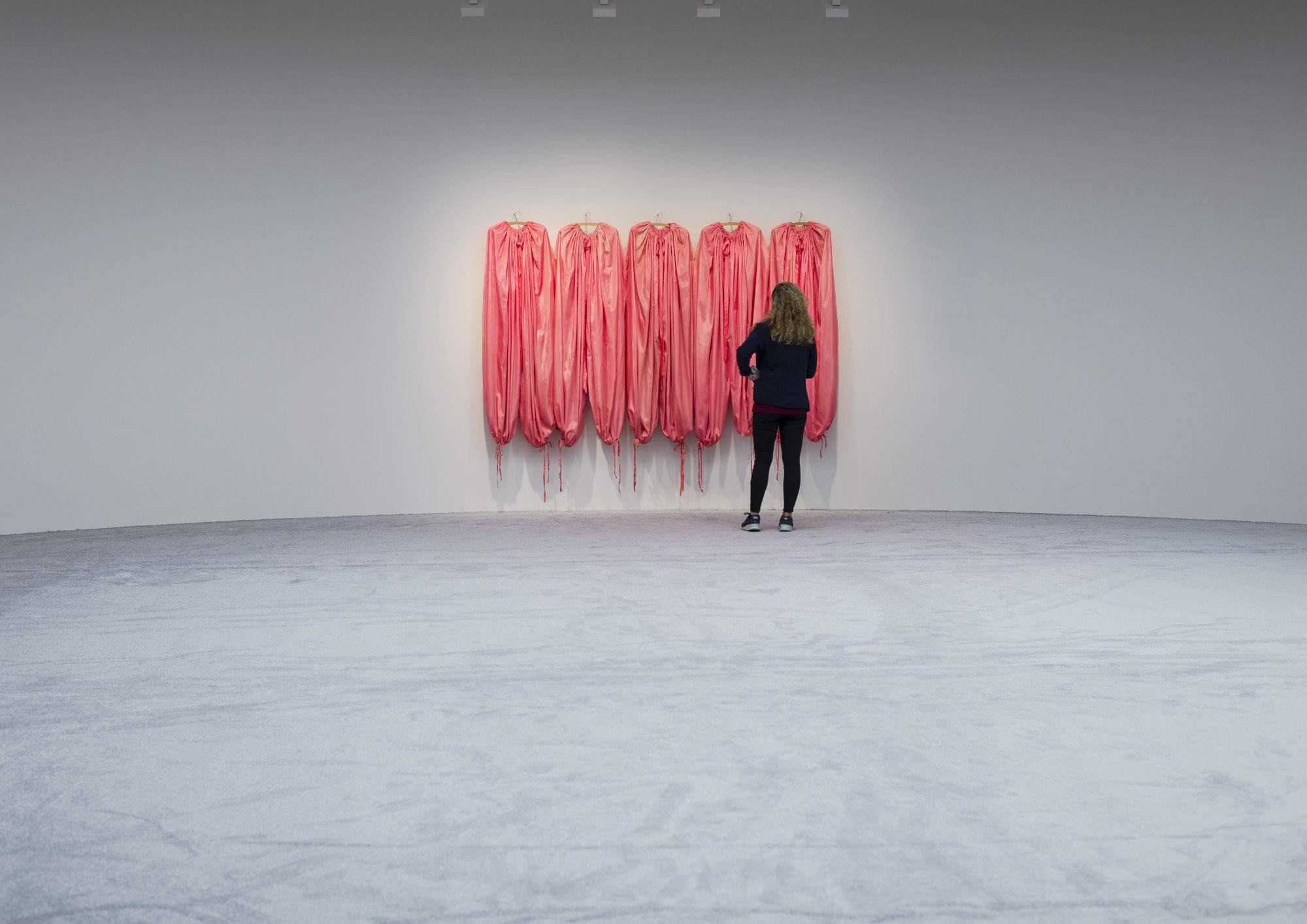 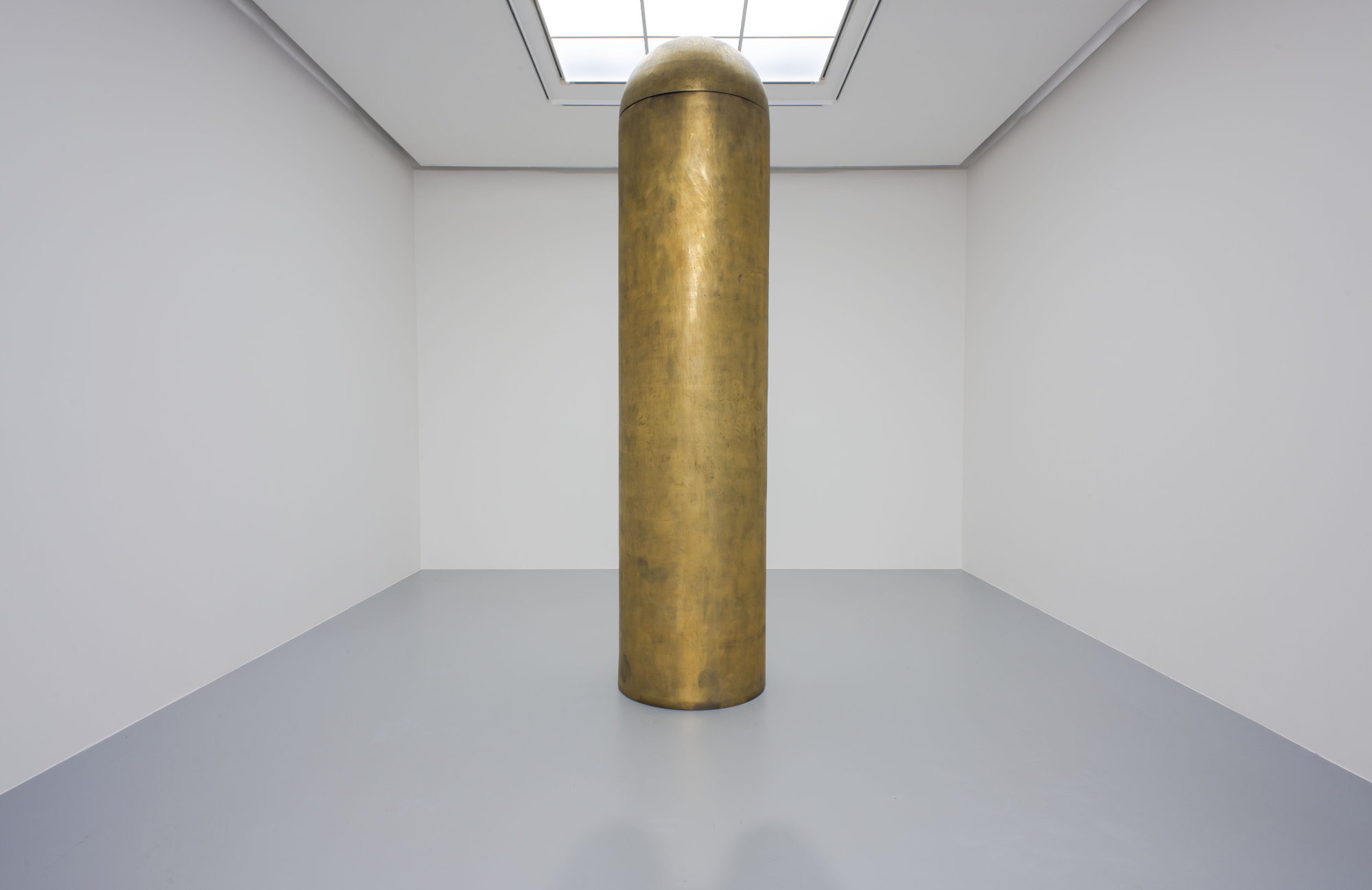 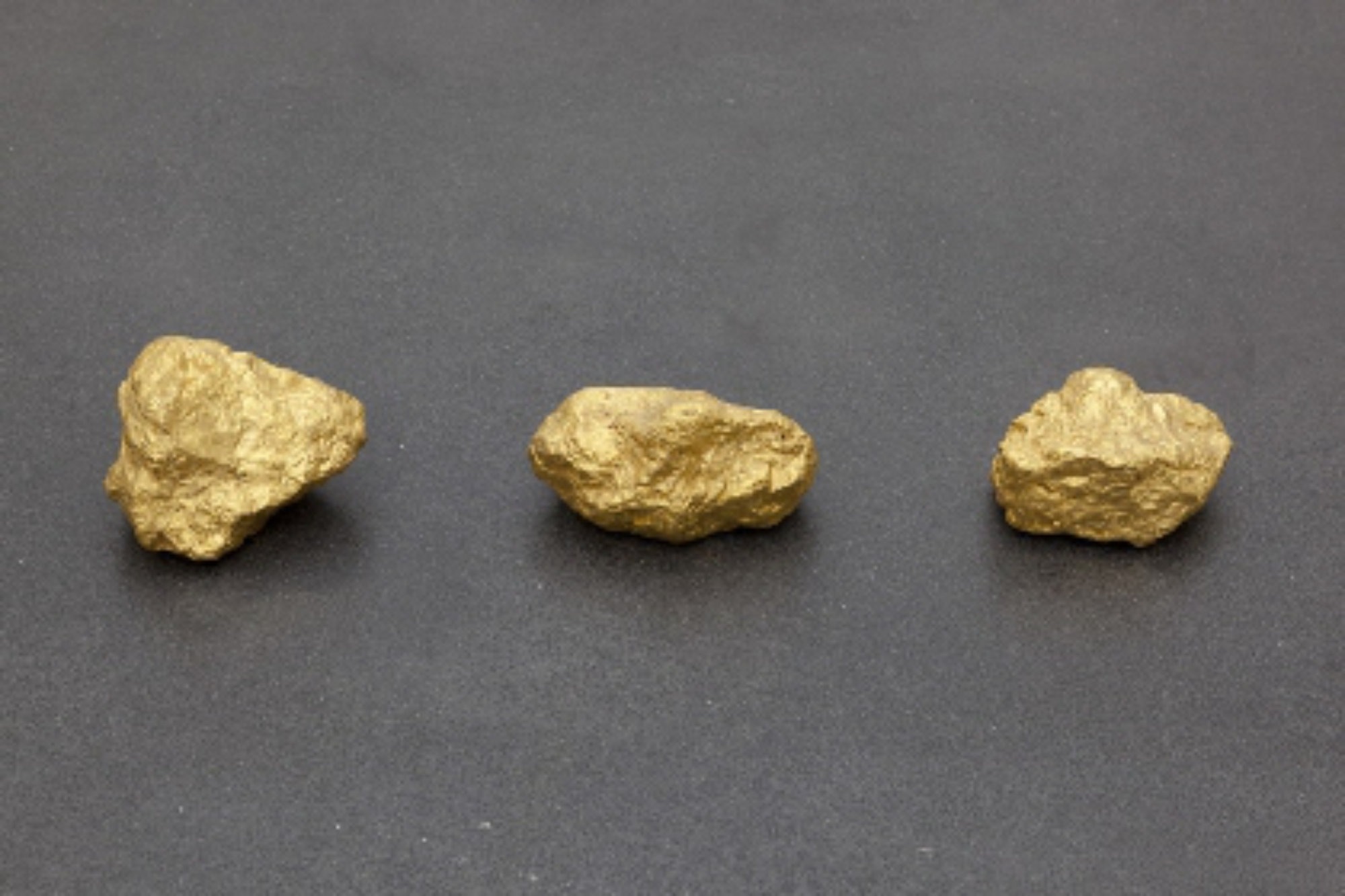 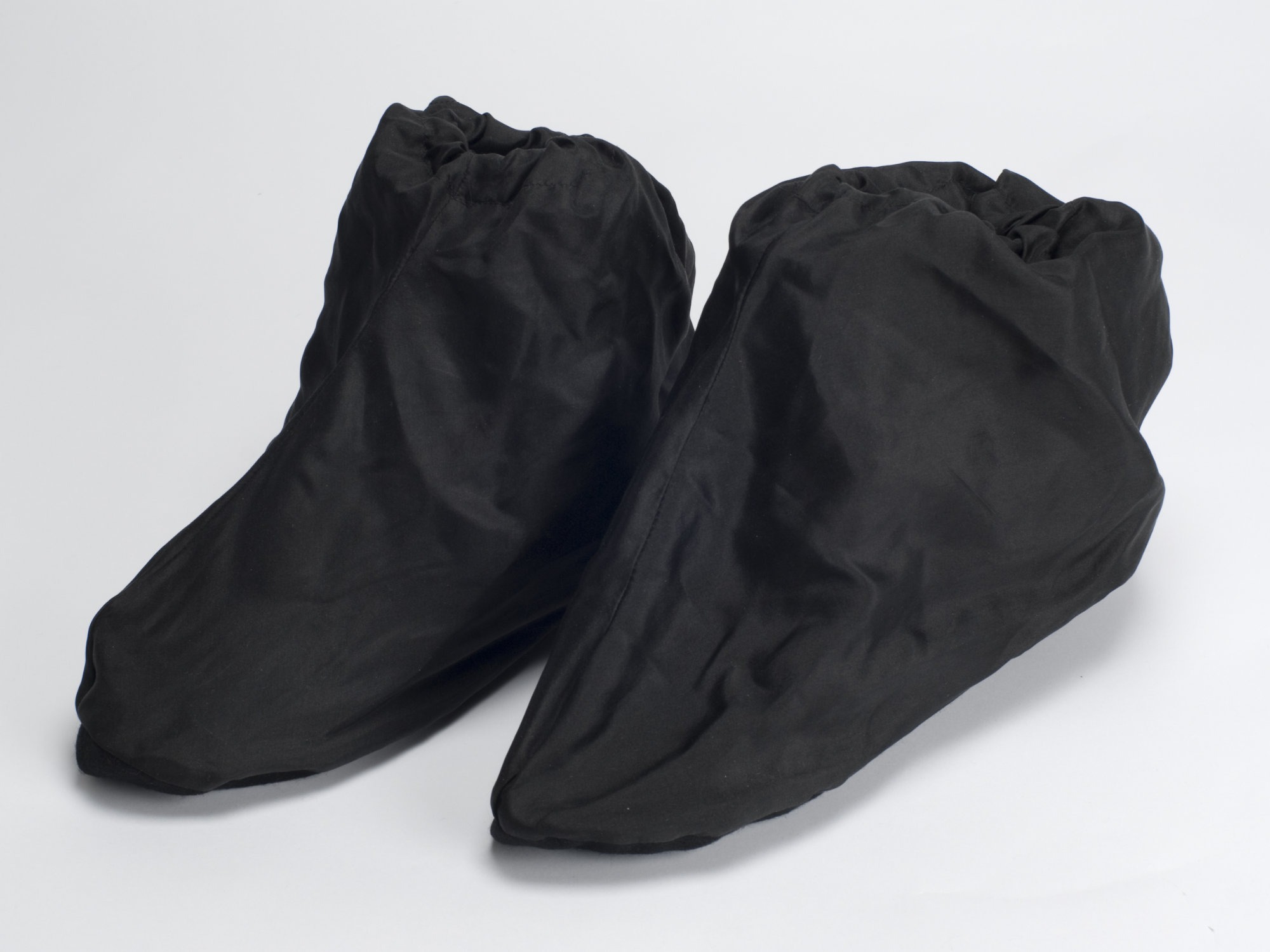 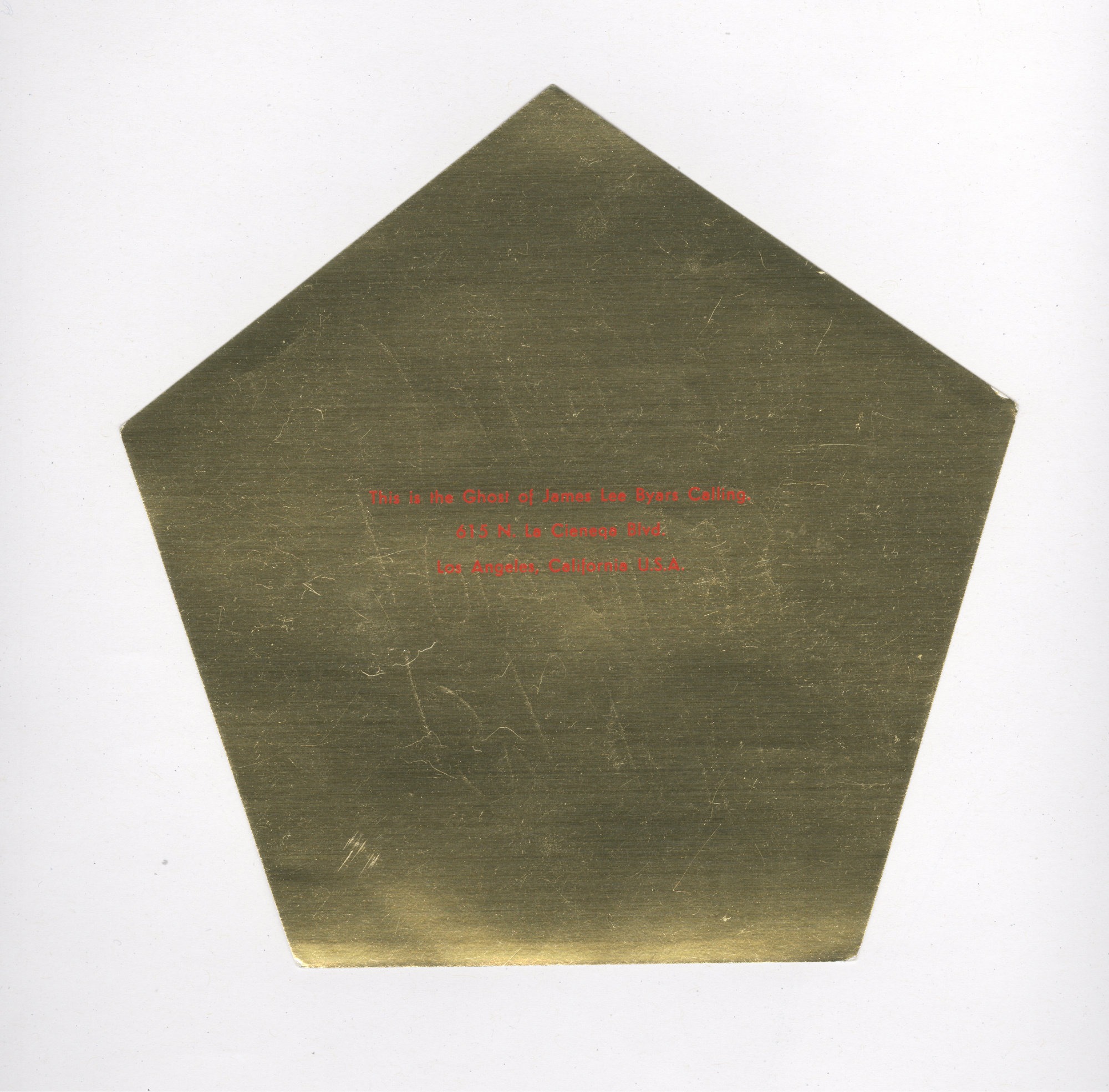 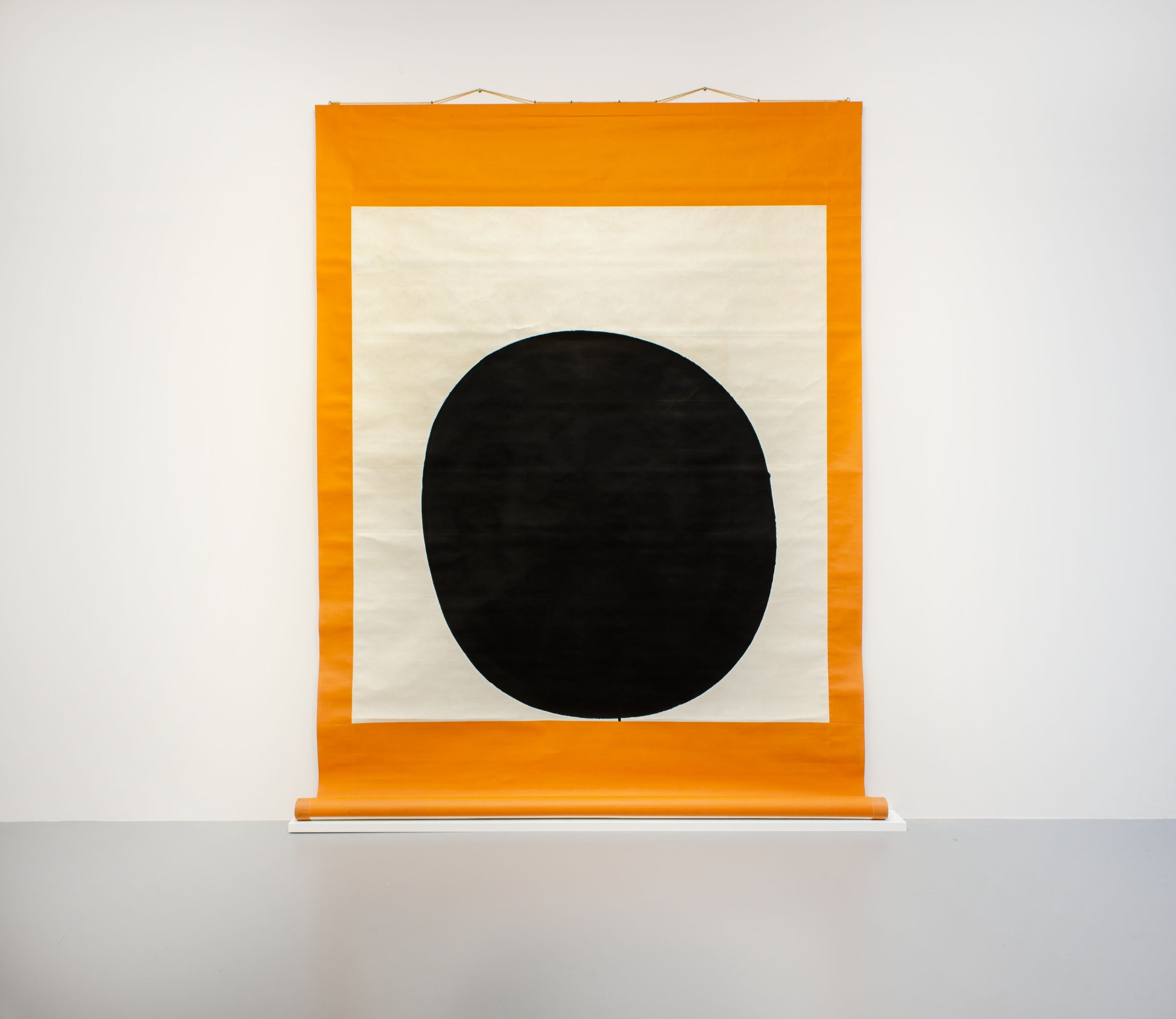 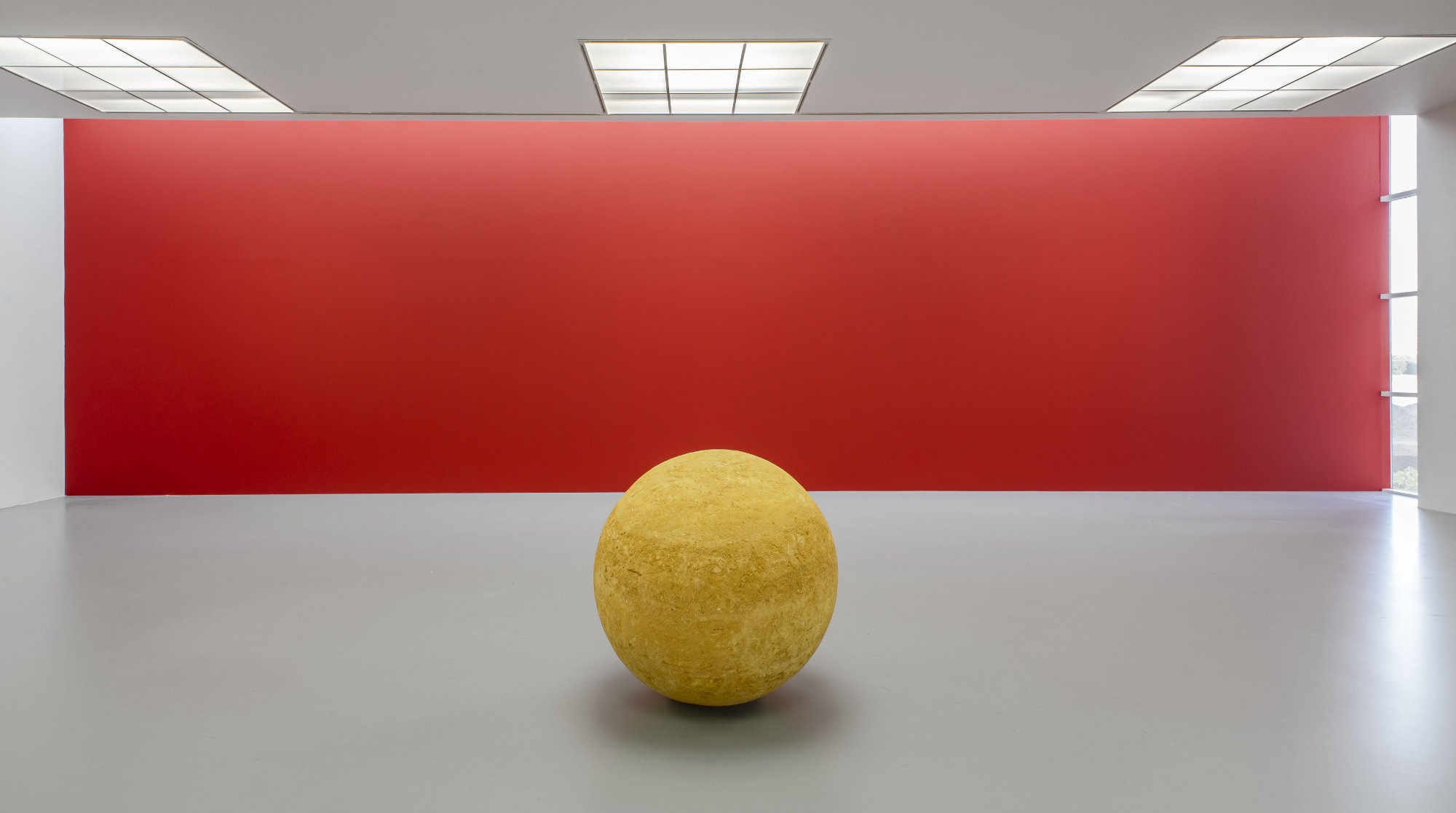 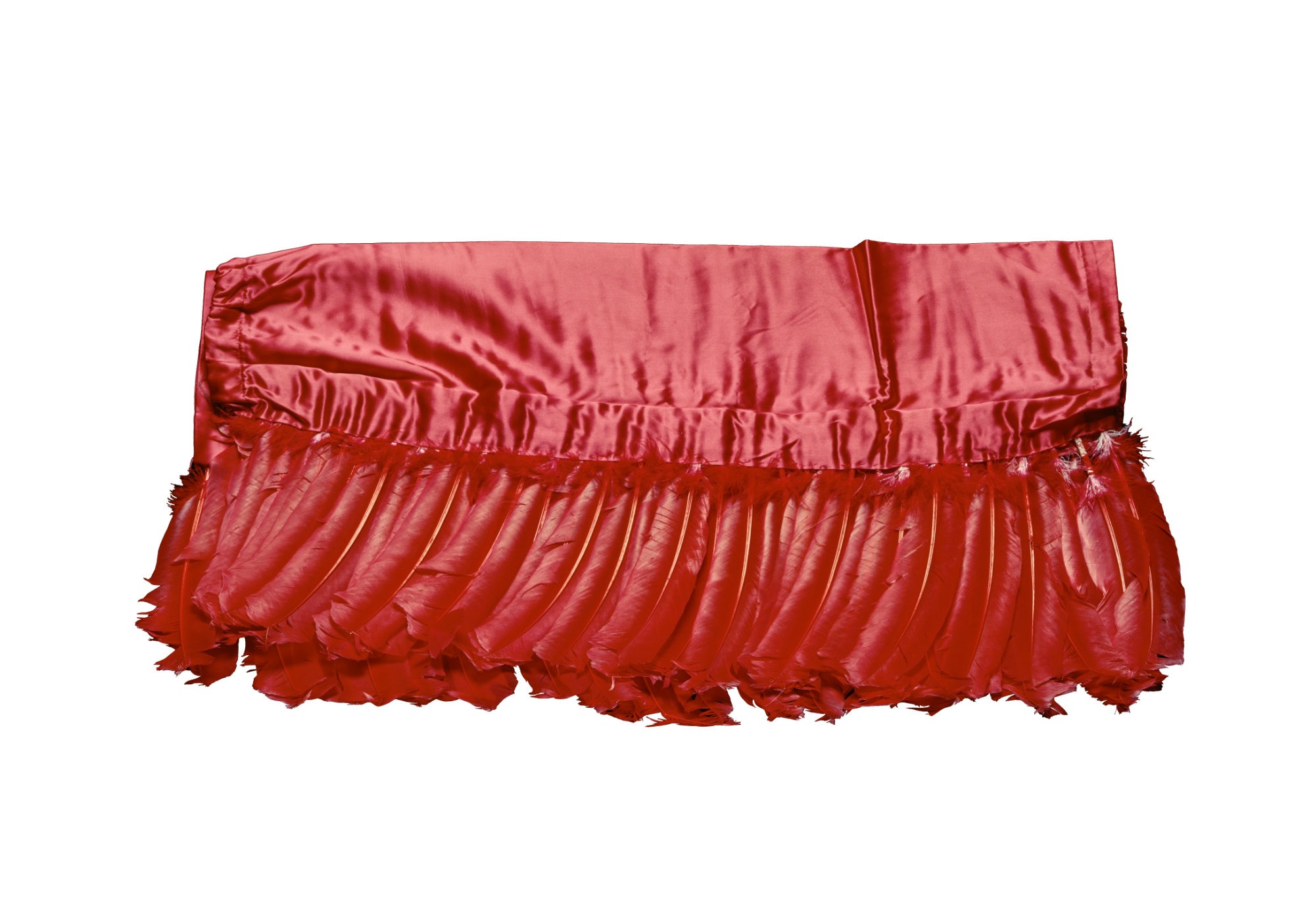 James Lee Byars, The Wings for Writing, 1972, Galerie Michael Werner.
The nomadic performance and installation artist James Lee Byars (Detroit 1932 - Cairo 1997) challenged the post-war art world with a poetic attitude animated by three separate motifs: the question, perfection and death. His search for utter purity of intention and expression was bolstered by a desire to form a direct, and thus impersonal, understanding of the world, in this way transcending the Western romantic notions of self-expression and genius. His oeuvre is an idiosyncratic mix of the meditative, the theatrical, the participatory and the aesthetically 'perfect'.

The Perfect Kiss, presenting more than one hundred works, is the first retrospective exhibition by James Lee Byars in Belgium and simultaneously also a tribute to Byars as a European artist, a Belgian artist, even an Antwerp artist. Byars traveled for ten years between New York and Kyoto before arriving in Europe in 1969, invited by Anny De Decker and Bernd Lohaus for an exhibition at the Wide White Space Gallery in Antwerp (April 18 - May 7 1969). Byars quickly became part of a group of artists and art lovers around this groundbreaking gallery - Joseph Beuys, Marcel Broodthaers, Jef Cornelis, Nicole and Herman Daled, Isi Fiszman, and many others - and became a prominent figure in the European art scene with participations in five documenta's from 1972 until his death.

In 1976, Flor Bex organized the first comprehensive investigation into Byars work at the Antwerp International Cultural Center (ICC). It contained the collective performance The Shadow of an Extraterrestrial Man, of which the prop (also known as De Zwarte Reus van Antwerpen (The Black Giant of Antwerp)) is now one of the central works in the collection of the M HKA. This work has obviously been included in the exhibition.

The Perfect Kiss presents works in different genres and media (painting, sculpture, installation, video, performance and text), with a focus on Byars' presence in Belgium from 1969 to 1994, with works such as Two in a Hat, Mask and Dress, 75 in a Hat, A Pink Silk Airplane for 100 and The World Question Center (all from 1969), The Black Book (1971) and The Perfect Love Letter (1974). The beating heart of the exhibition is a selection of never-before-seen letters from Byars to his friends in Belgium.

James Lee Byars - The Perfect Kiss is the second in a series of monographic exhibitions at the M HKA, presenting important figures of the post-war avant-garde who were active in Antwerp and who situate the city within a network of scenes in the dense region of the Benelux and the Rhineland. The title of the exhibition refers to a performance that was presented frequently and worldwide, including in Brussels (1974) and in Antwerp (1976), and forms an inviting gesture after the Greetings from the Eurasian exhibition of 2017 which examined Joseph Beuys' activities in Antwerp. The last installment in this three-part exhibition will focus on Marcel Broodthaers, and will be presented in the fall of 2019.