and Materials and Money and Crisis 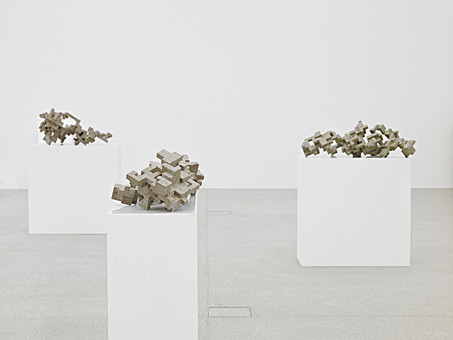 and Materials and Money and Crisis is a group exhibition that serves as an experimental proposition towards addressing the matter of capital as it exists in the artwork. The exhibition, curated by New York-based curator Richard Birkett in dialogue with artist Sam Lewitt, brings together the work of eleven artists, including new commissions and existing artworks reconstituted for mumok. In this proposition, matter has a double meaning. On the one hand, flows of material and money – and the crisis inducing slowing of those flows – can serve as subject matter for artwork. On the other hand, the proposition implies the deeper possibility of asking after what relationship the physical matter out of which the artwork is constructed has to the dislocation of capital from production, as realized by contemporary finance.
and Materials and Money and Crisis looks toward the work of artists who conceptualize unexpected ways in which this constellation of terms hang together. The exhibition includes the work of Terry Atkinson, Maria Eichhorn, Melanie Gilligan, Gareth James, Pratchaya Phinthong, Sam Lewitt, Henrik Olesen, R. H. Quaytman, Lucy Raven, Cheyney Thompson, and Emily Wardill.
www.mumok.at