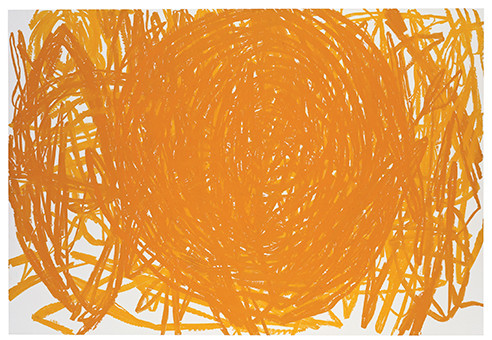 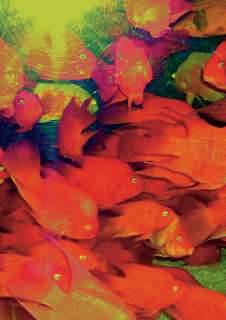 From April to October 2005 MUMOK presented an exhibition devoted to six of the most remarkable Austrian artists of their generation in the four largest Chinese museums of modern art in Shanghai, Beijing, Xian, and Guangzhou. The last leg of the successful tour is the exhibition in Vienna. Erwin Bohatsch, Herbert Brandl, Gunter Damisch, Hubert Scheibl, Walter Vopava, and Otto Zitko are moving in an open experimental field of abstract and non-representational painting and have developed their highly individual positions in an ongoing process.

The works of Erwin Bohatsch elicit perceptions of concealed shapes and surfaces placed in front of and behind each other. They result from the act of applying and stripping off many thin layers of paint. What remains are large surfaces, flowing shapes, and areas of pronounced contours which invest his pictures both with changeability and eternity.

Herbert Brandl’s staged paintings revolve around permanent transformations of “sameness”. In his recent works, the artist has been interested in transitions, time flows, light, atmospheres, and unstable conditions. In his ensemble of pictures, the motif is not established coincidentally, but forms the point of departure of a staged setting which culminates in monumental paintings of mountains.

Gunter Damisch’s intense colors convey the interferences between vastness and minuteness, between the macroand the microscopic. Here, nature in its entirety is revealed, as evidenced by titles of paintings such as "Weltwegflimmern” (“worldpathglimmer”) or “Weltfeldhelle” (brightpathslings”).

The pictures of Hubert Scheibl seem to make clash the elements water, earth, wind, and fire such that tensions are generated and forces unleashed. With his powerful gestures he shifts large quantities of paints across the pictorial surface, scratching and tearing open patches of thickly applied colors. But it is above all the elements of painting that are in a state of turmoil.

Walter Vopava’s principles of painting seem quite straightforward: Avoid everything final and unambiguous. In his pictures there are no precise contours, no solid shapes, no distinct lines, and yet everything is somehow present at the same time. It is the deliberate detachment of his painting which is responsible for the numinous in-between, the undefined state of limbo, and the particularity of his melancholy paintings.

Otto Zitko’s focus is the line. His graphic style evolves out of the body, its dimensions, dynamics, and sensitivity. The body serves as a seismograph of mental and physical excitation. His works are characterized by expressivity and virtuosity, as well as a predilection for exploration. The artist is working on a comprehensive grammar of his drawn language.