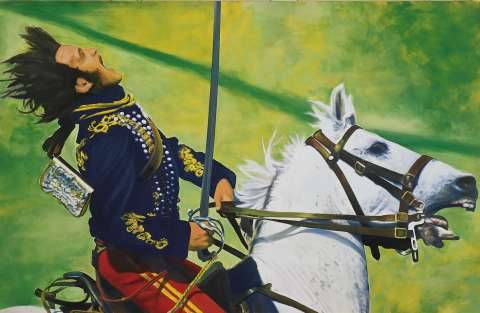 With his large format portraits of artists and others from the underground from the post-hippie years, including the rock legend Patti Smith, Franz Gertsch was already a sensation in the 1970s. In subsequent years, the individual persons and temporal references successively disappeared from his pictures, and he developed a classical, auratic style of portraiture. The portrait becomes a monumental icon. Based on photographs and slides, Gertsch created a work unique in its details and expression, possessing on the one hand a lyric-poetic dimension beyond a merely documentary-realistic depiction, and presenting painting in the age of the new media in a new light. As the most important European representative of photorealism, he has today again become an important figure for a generation of younger painters. The exhibition will take place in collaboration with Museum Franz Gertsch in Burgdorf and Vienna's Albertina. MUMOK will show the painterly work from 1951 to 1984, while the Albertina will focus on Gertsch's monumental woodprints that have emerged since the 1980s.