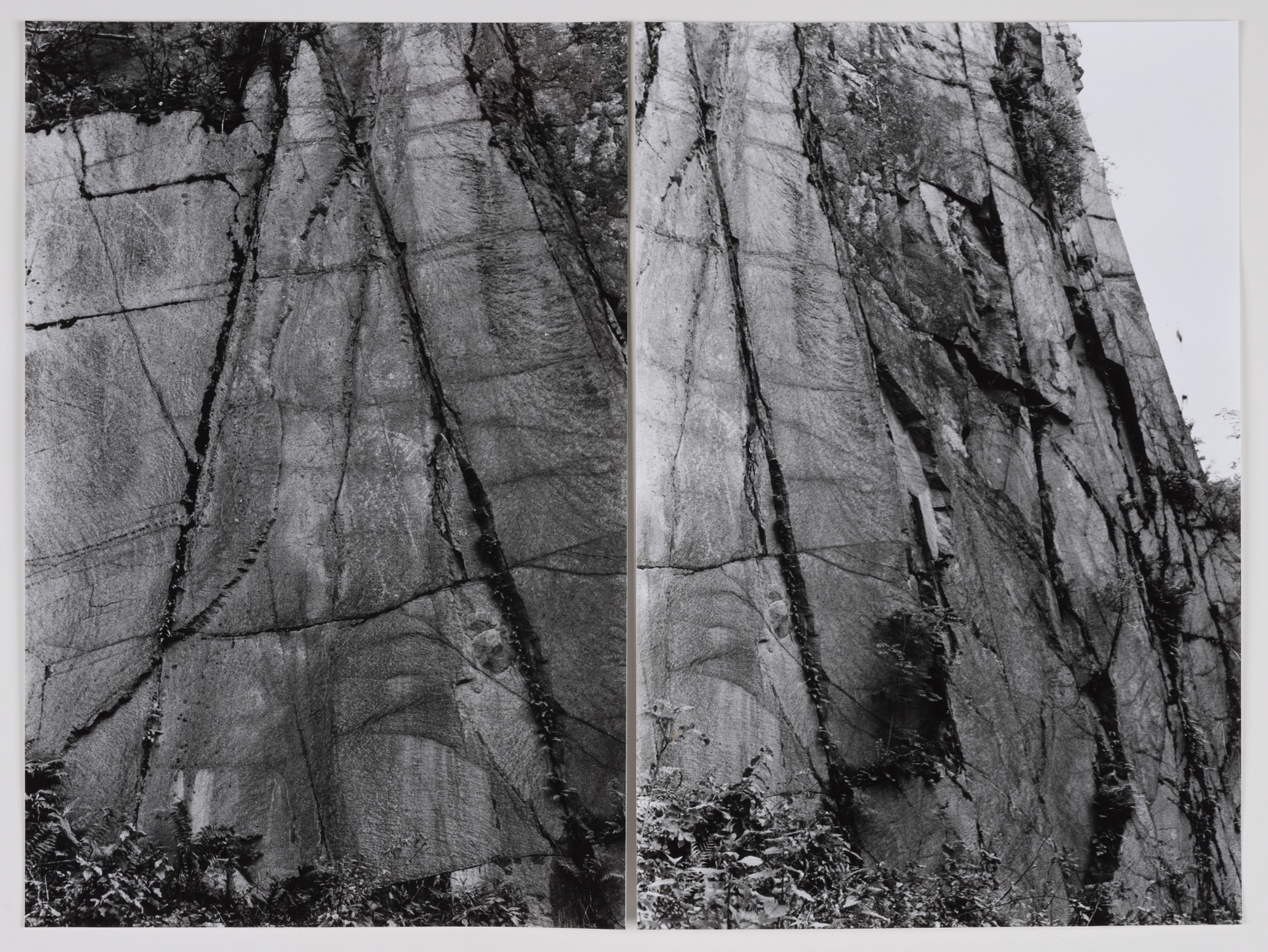 Heimrad Bäcker, ohne Titel, ohne Jahr, mumok – Museum moderner Kunst Stiftung Ludwig Wien, Schenkung Michael Merighi, © mumok
This exhibition is devoted to the photographic legacy of Heimrad Bäcker, which was given to mumok as a gift in 2015. It includes more than 14,000 items and is a witness to Bäcker’s lifelong critical inquiry of the Holocaust. The exhibition presents a selection of photographs, notes, texts, and found items.

Bäcker began to document the sites of the concentration camps at Mauthausen and Gusen in the 1960s. His photographs were taken long before any public reappraisal of the Nazi past in Austria. They show desterted buildings, overgrown by vegetation or used for different purposes.

These images and texts provide insight into Bäcker’s approach and methods and can be seen to complement his texts nachschrift (postscript) and nachschrift 2 (postscript 2), which intend to shed light on National Socialism and the Holocaust and to fill in the gaps in history.

* Quoted in Heimrad Bäcker, nachschrift 2, ed. Friedrich Achleitner and Thomas Eder (Graz: Droschl, 1997), p. 5. Bäcker quotes the diary entry of an unknown author in the Łódź Ghetto of July 25, 1944, in Unser einziger Weg ist Arbeit. Das Getto Lodz 1940–1944 (Frankfurt: Löcker, 1990), p. 268. Bäcker’s works at mumok include a tablet with this sentence, which is also featured in the exhibition.
www.mumok.at