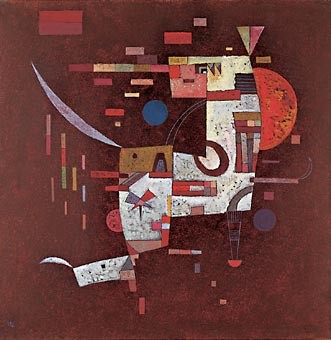 The mumok is presenting the first part of a collection presentation which, with around seventy works, will be an art history parcours from the beginning to the middle of the twentieth century. Here, the various tendencies within classical modernity will be organized in an exciting dialog.

Seminal works of Austrian Expressionism, by Richard Gerstl or Oskar Kokoschka, for example, encounter those of their German counterparts such as Ernst Ludwig Kirchner or Karl Schmidt-Rottluff. Works by Albert Gleizes, Juan Gris, Fernand Léger, Pablo Picasso and Giacomo Balla provide a picture of Cubism and Futurism.

In addition to František Kupka who is regarded nowadays as the creator of the very first abstract picture, works by Johannes Itten, Paul Klee, Wassily Kandinsky, Piet Mondrian and László Moholy-Nagy will be shown as representing the constructive tendencies. Neue Sachlichkeit is represented by artists such as Christian Schad, and Dada and Surrealism by pioneering figures such as Marcel Duchamp, Francis Picabia, Max Ernst and René Magritte.

From 20 May 2013 the exhibition will be expanded to cover a further two levels and contain collection highlights of post-World War II figurative and abstract art, Pop Art, Nouveau Réalisme and Viennese Actionism.