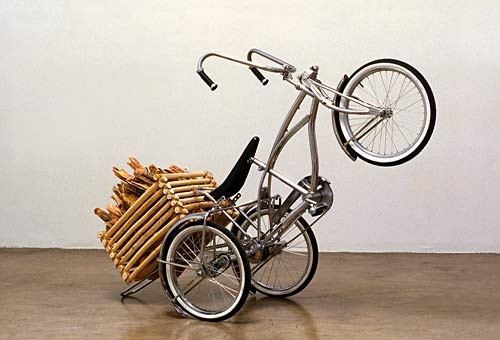 The exhibition presents a group of works by 20 international artists that shows the precarious conditions of life in an economically motivated and mediatized world. The exhibition has been put together using an important collection of Latin American conceptual art and art with an emphasis on social issues, with works in all different kinds of media. Based on general anthropological questions of identity and belongingness, the exhibition addresses the dichotomies between nature and technology, urbanism and depopulation, multiculturalism
and exclusion. The result is the vision of a negative utopia comparable to Aldous Huxley's Brave New World from 1932 - although this had not been the original intention of the show. In addition to works by Mark Dion, Sam Durant, Mike Kelley, Rirkrit Tiravania, Olafur Eliasson and Jeff Wall, the exhibition concentrates on works by artists from or living in Latin America such as Francis Alÿs, Gabriel Orozco and Santiago Sierra, to name a few.