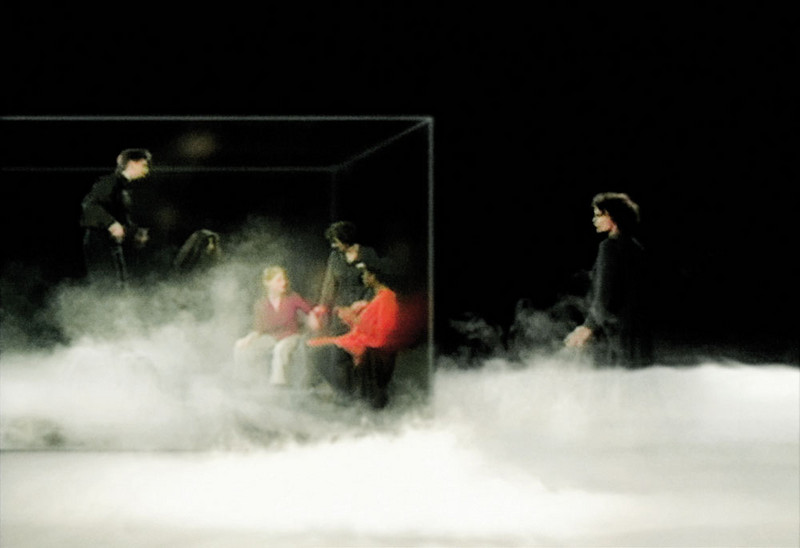 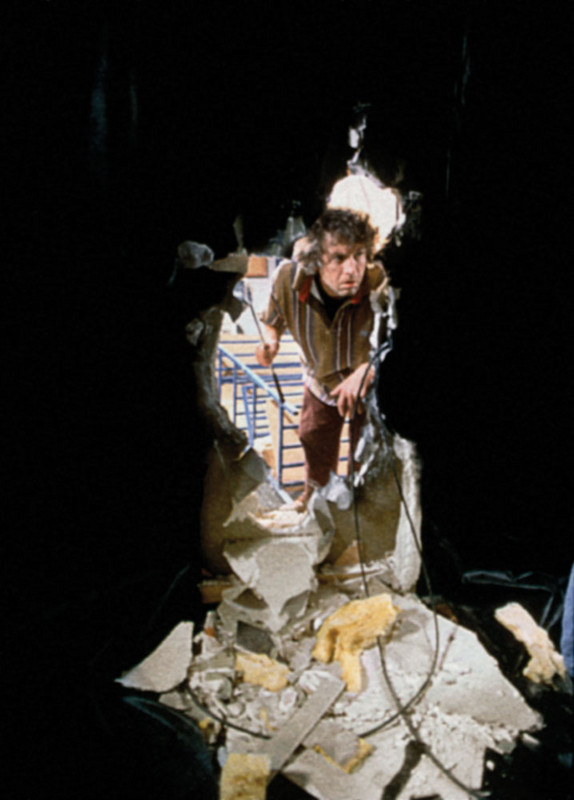 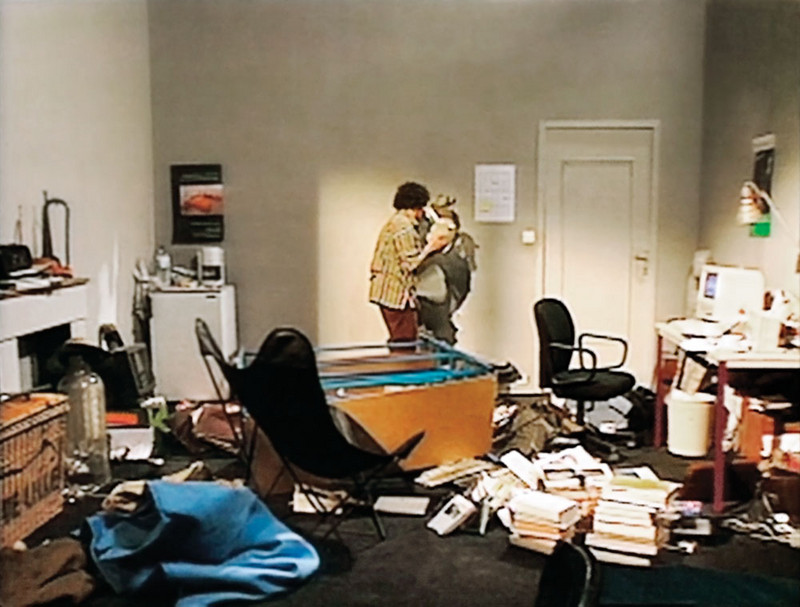 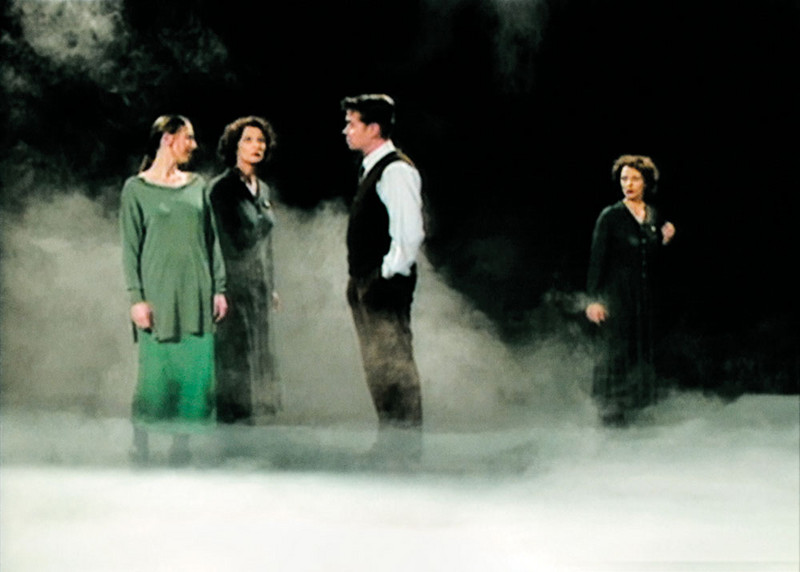 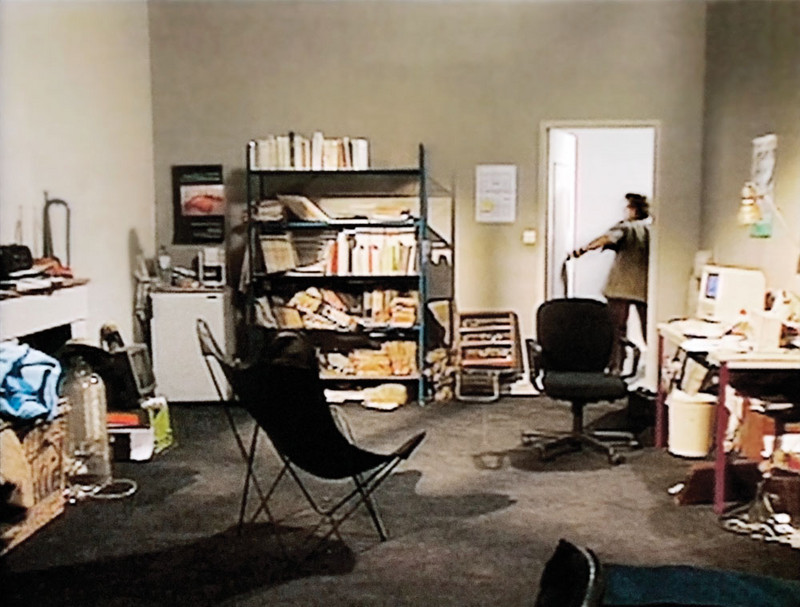 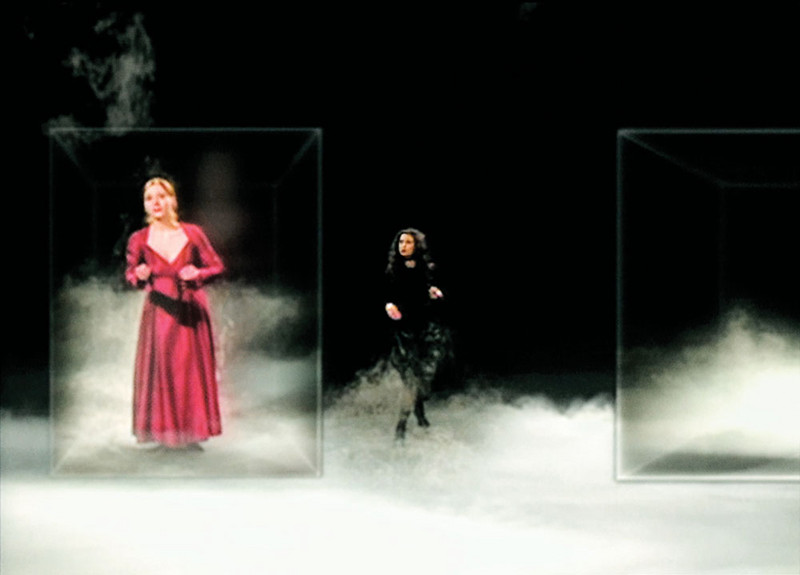 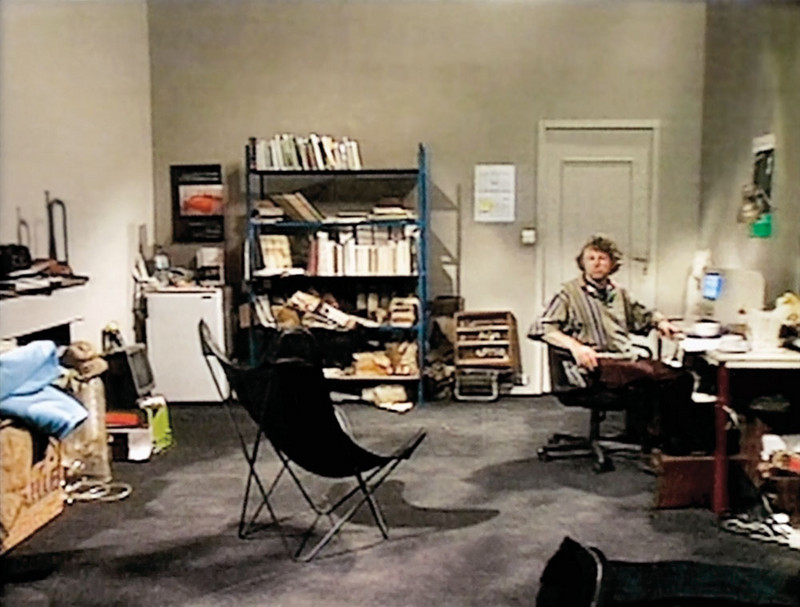 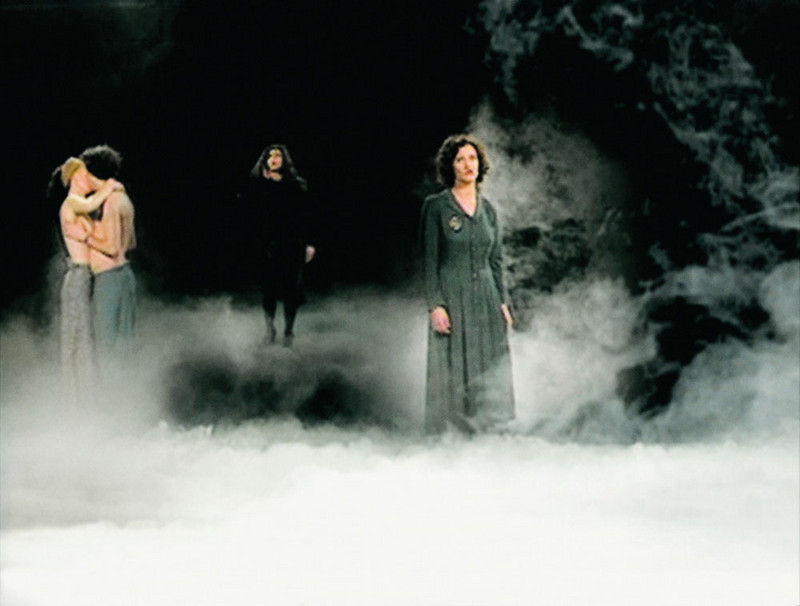 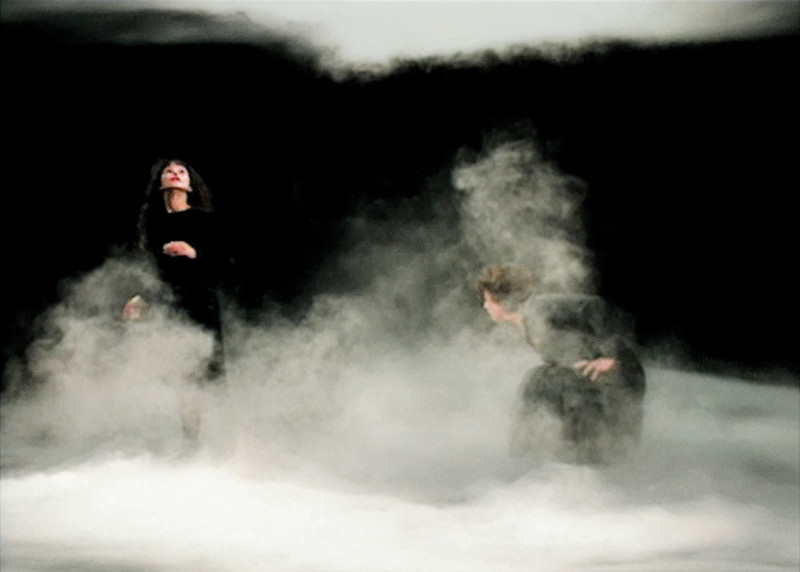 Since the mid-1980s, Judith Barry has investigated the interactions between media, architecture, society, the individual and perception, linking questions concerning the processes of perception, gender issues and film theory. For her interdisciplinary approach, she was awarded the Austrian Friedrich Kiesler Preis für Architektur und Kunst in 2000.

Voice Off (1999) is a double projection with a partition wall that divides the room into two equal halves. The viewer can choose between the rooms by passing through a curtain in the wall. A video is projected on both sides of the partition wall while each room offers a different kind of experience of the human voice or voices. On one side of the room, which Judith Barry refers to as the feminine (“her side”), there are characters caught up in a dreamlike atmosphere, in a nondescript, theatrical space filled with fog. They sing, talk on the telephone and hold monologues or conversations. The voices and fragment s of conversation are partially overlapped. On the other side, the male (“his side”), a man sits in his study who is trying to concentrate, but he is increasingly distracted by voices and noises, and he tries to understand them and determine where they come from. At certain points, the two actions combine together to form a narrative, at other points they are disconnected. This occurs when the wall is destroyed as a physical object and as a medium of the imagination.

The Installation Voice Off is a donation of the collector-couple Dieter and Gertraud Bogner.
www.mumok.at