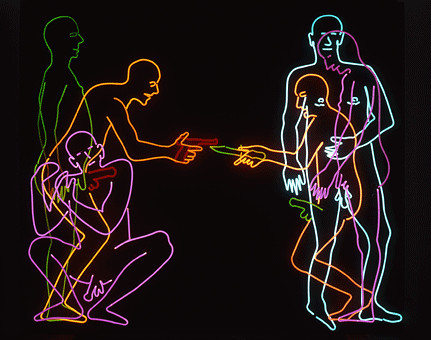 Followed by a reception with sparkling wine from the House of Kattus.

The Annick und Anton Herbert Collection is one of the most significant private collections of contemporary art in Europe. This Belgian couple began to purchase art during the political and social upheavals of the late 1960s. They were fascinated by the movements and trends in art at the time that promoted new concepts of art and the artwork—in parallel to contemporary endeavors for social renewal. With great expertise and care, the Herberts began to acquire important works by European and American representatives of Minimal Art and Conceptual Art—including works by Carl Andre, Marcel Broodthaers, Hanne Darboven, Donald Judd, On Kawara, Sol LeWitt, Michelangelo Pistoletto, Niele Toroni, Lawrence Weiner, Art & Language, Dan Graham, Bruce Nauman, and Gerhard Richter. From the mid-1980s, the Herberts added significant groups of works by a younger generation—including Martin Kippenberger, Franz West, and Mike Kelley. The last artist to join their collection was the Austrian Heimo Zobernig.
In June 2013, the Herberts decided to present their collection to the public each year during the summer months, showing works in a former industrial building in Ghent. Our exhibition in early 2014 in Vienna, with the deliberately provocative title Musée à vendre pour cause de faillite (Museum for Sale due to Bankruptcy), will be the last presentation of the collection outside of these summer shows in Ghent. The exhibition will present the Herbert collection more fully than ever before, and will also include key works from the mumok collection especially selected by the Herberts.
www.mumok.at