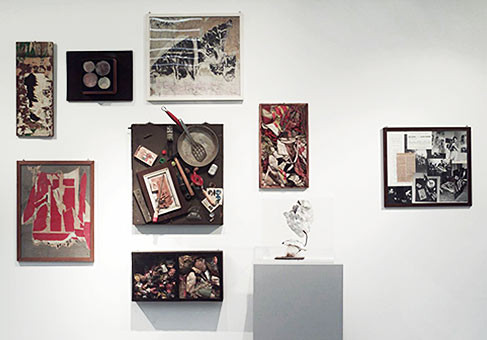 The Collection of the Museum of Modern Art Foundation Ludwig Vienna

The Nouveau Réalisme movement revolves around those artists who, on 27th October 1960, signed the founding charter of the new realists together in the company of Pierre Restany, i.e. Arman, François Dufrêne, Raymond Hains, Yves Klein, Martial Raysse, Daniel Spoerri, Jean Tinguely, and Jacques de la Villeglé. César and Mimmo Rotella had also been invited and endorsed the group’s goals, but were unable to take part. At a later date, Niki de Saint-Phalle, Gérard Deschamps, and Christo also joined the movement which – unlike the abstract informal painting of the post-war period – struggled for a new understanding of reality. The group defined itself via its shared attitude and joint projects and was officially dissolved in 1971. Nouveau Réalisme is one of the focal points of the Hahn Collection which was acquired in 1979 and included major groups of works by all thirteen of the group’s artists. These holdings will now be displayed together with later additions. The exhibition will be accompanied by a catalogue.
www.mumok.at