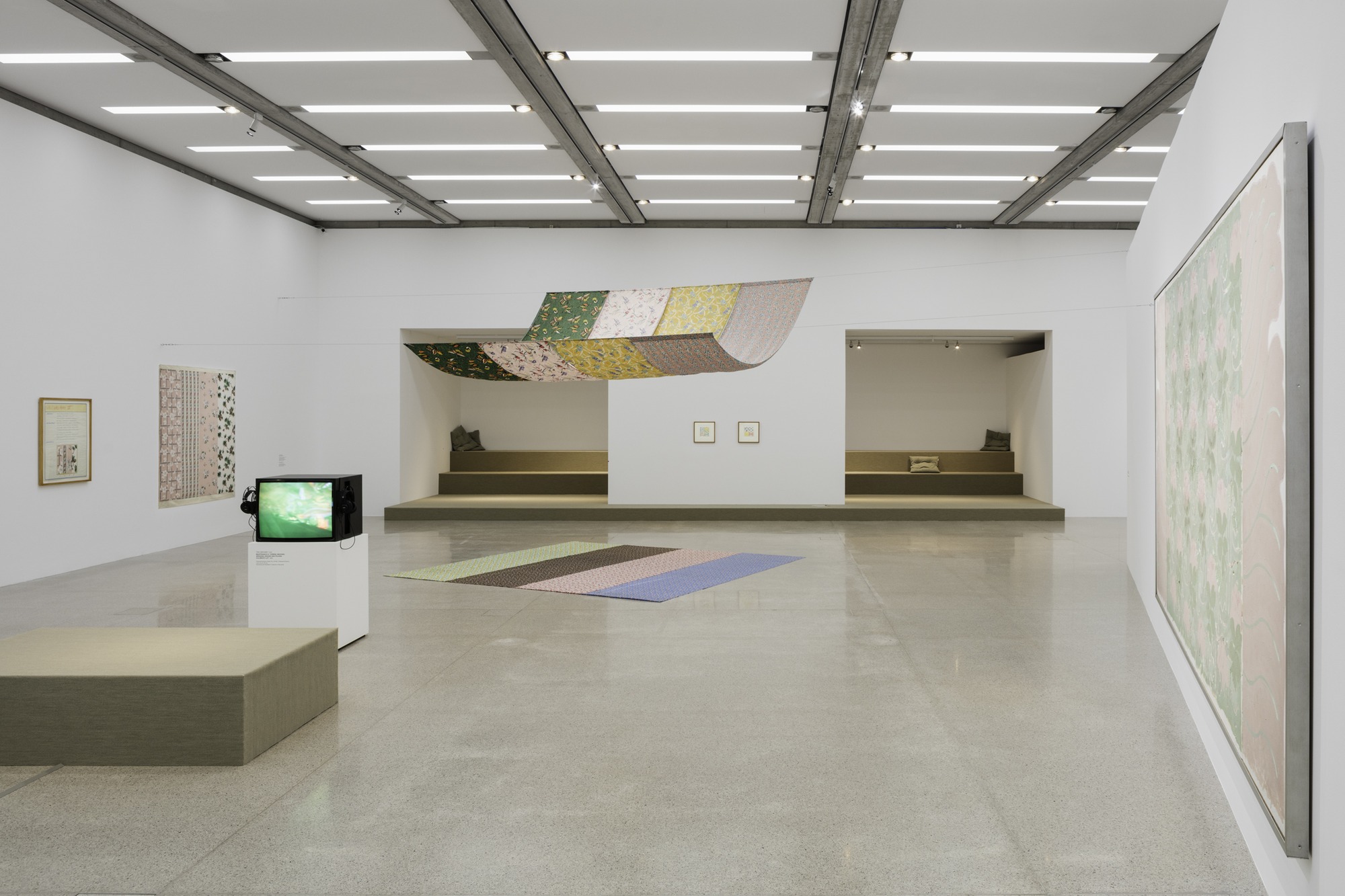 Ornament as Promise was the premise of the Pattern and Decoration movement in the United States (1975–1985). In this exhibition, mumok presents the rich collection of works from this movement of Peter and Irene Ludwig, in the largest presentation of Pattern and Decoration in German-speaking Europe since the 1980s.
With orient
al-style mosaics, monumental textile collages, paintings, installations, and performances, in the 1970s committed feminist artists like Miriam Schapiro, Joyce Kozloff, Valerie Jaudon, and Robert Kushner aimed to bring color, formal diversity, and emotion back into art. Decoration played a key role, with its connotations of the techniques of artisanship. Various ornamental traditions, from the Islamic world to North American Indians to Art Deco, were incorporated in their works, opening up a view beyond geographical and historical boundaries. A proximity to folk art was sought as a deliberate counter to the “purism” of the art of the 1960s.