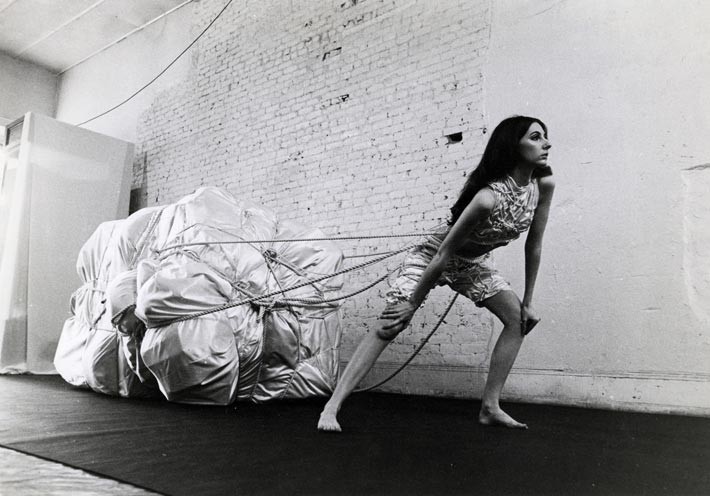 The exhibition will be opened parallel with the "Summer of Fashion" in the MuseumsQuartier.

The exhibition focuses on clothing and fashion as an essential component of art, where particularly since the mid-1960s they have played a major role in the work of such artists as Ellsworth Kelly, Cindy Sherman, Niki de Saint Phalle and Daniel Buren. Fashion has always played an important role in the semantics of modernism, with numerous traditions following Baudelaire in defining “modernité” through a concept of fashion - of what is “à la mode”.
During the early 20th century, fashion became part of the formal language of the avant-garde including such artists as Sonia Delaunay, the Futurists and the Surrealists. Celebrated theorists such as Walter Benjamin emphasized the power of fashion in connection with broader questions of art: “Fashion has a flair for the topical, no matter where it stirs in the thickets of long ago; it is a tiger's leap into the past.” Benjamin not only confers a revolutionary significance to fashion but also a certain primacy over art. Art in turn takes fashion “at its most perfect” and relies on its complex and paradoxical nature, where “perfection” can only be achieved through remaining imperfect, where permanence is sought in change and individuality made possible through imitation.
Fashion is artifice, clothing is everyday life. “Fashion,” according to Barbara Vinken, “is commentary expressed through clothing about clothing.”
The exhibition will explore the interplay between art and fashion from the beginning of modernism to the present.
www.mumok.at