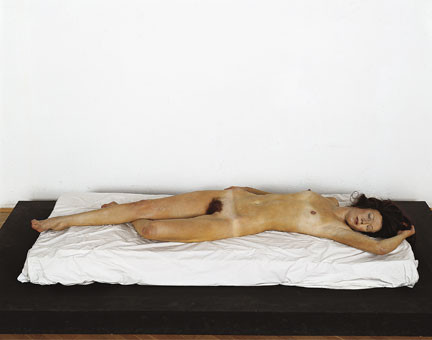 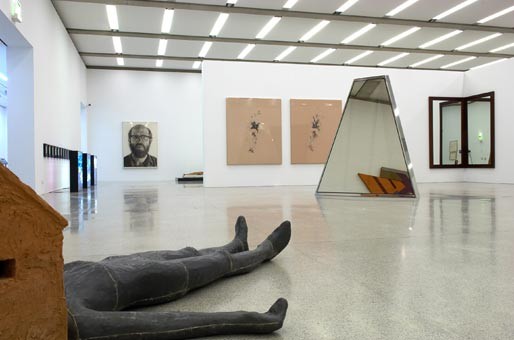 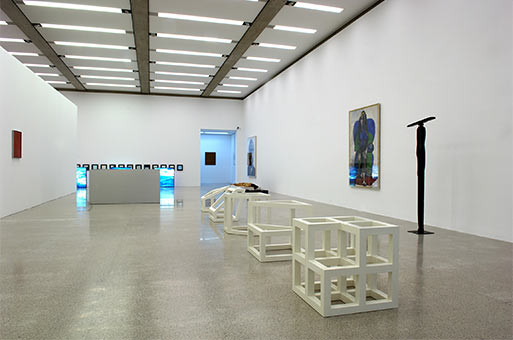 It is thanks to the unparalleled philanthropy of the German industrialist and collectors Irene and Peter Ludwig that MUMOK has become Austria’s most important museum of modern and contemporary art, with a collection of truly international stature.

The exhibition Review, held to mark the occasion of the twenty-fifth anniversary of the founding of the Österreichische Ludwig Stiftung, shows five representative examples from each of the two donation blocks, as well as twenty five of the annual acquisitions made since then. The holdings of the Stiftung, on loan to MUMOK, comprise today more than 400 works, and contain many of the Museum’s signpost works, as this presentation once again impressively shows. The purchases range from works of classical modernism — Wassily Kandinsky, Paul Klee, Frantisek Kupka — through the art of the 1960s and 1970s — James Turrell, Alighiero Boetti or Michelangelo Pistoletto — to art of the immediate present — like that of Jeff Wall, Antony Gormley, and Alfredo Jaar.

On the occasion of an exhibition of works from the Sammlung Ludwig at Vienna’s Künstlerhaus in 1977, the Ludwigs and the then minister Hertha Firnberg agreed that around 100 important works of international contemporary art from the collection would be lent to Vienna for the next ten years. Along with the collections of the Museum des 20. Jahrhunderts, these works were then to be shown in a new, expanded Museum Moderner Kunst.

By the time the museum opened in Palais Liechtenstein in 1979, the number of loans had practically doubled. On January 19, 1981, the contract founding the Österreichische Ludwig Stiftung für Kunst und Wissenschaft was signed by Irene and Peter Ludwig and the responsible representatives of the Republic of Austria. 130 of the works on loan, including significant works by Jasper Johns, Robert Rauschenberg, Joseph Beuys, Gerhard Richter, and Georg Baselitz, were introduced to the Stiftung’s collection by the Ludwigs themselves, and thus secured over the long term for Museum Moderner Kunst. In return, the Republic of Austria insured for fifteen years to fund the foundation with 10 million shillings annually, of which part was saved and part was used for purchases of modern and contemporary art. In 1991, the foundation contract was extended. A further one hundred works, including works by Pablo Picasso, Chuck Close, Roy Lichtenstein, Cy Twombly, Claes Oldenburg, and Robert Motherwell were left to the Stiftung, and the Republic of Austria extended its readiness to pay for another fifteen years. In this context, the name of the museum was changed to Museum Moderner Kunst Stiftung Ludwig Wien.

The engagement of Irene and Peter Ludwig, their role in founding the Österreichische Ludwig Stiftung and their donations, as well as later purchases by the foundation have decisively marked the collections of MUMOK until today, and play a crucial part in guaranteeing the quality and breadth of the museum’s collection.