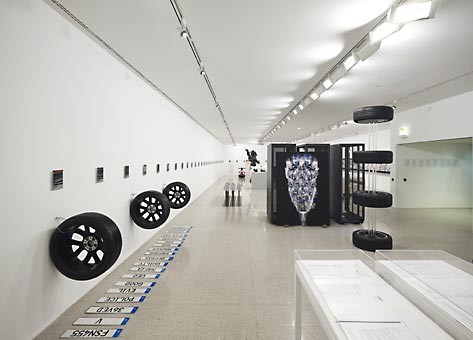 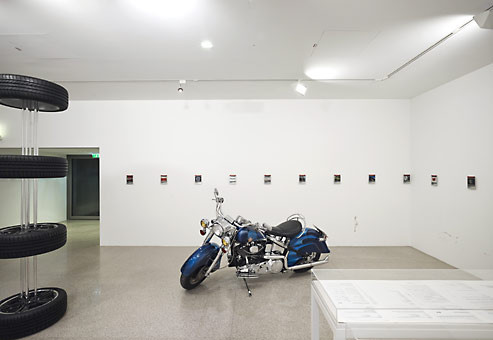 The legal issues around Kim Dotcom’s file-sharing site Megaupload, once one of the most popular platforms for data exchange on the internet, has had unprecedented consequences for international data exchange, international law, and the local media landscape in New Zealand. Following investigations by the FBI and a suit by a US court, Megaupload and Megavideo were closed down in January 2012, according to the indicment “to stop a globally operating criminal organization, whose members were perpetrating large-scale copyright infringements and laundering vast sums of money, with a total damage of more than 500 million US dollars.”
When the New Zealand police raided German-born Dotcom’s Coatsville mansion, arresting him and closing down his file-sharing website, they seized a number of objects in his possession. These included US$175 million dollars in cash, 60 Dell servers, 22 luxury cars, numerous screens, and works of art. The legitimacy of this police operation was later questioned while, in light of the crimes of which Dotcom is accused, there has been much debate about the ownership and transfer of data.

For his exhibtion at the mumok, Simon Denny will assemble a series of objects in a sculptural visualisation of this list. Images, files and company data, from a life-sized Pedator statue to 3 cubic meters of cash, from a luxury „work-bed“ to examples of artwork collected by Dotcom will approximate all 110 items on the list . The result is a large installation that Denny describes as a “collection of copies, rip-offs and imitations of the ‘real’ contraband.” This “will form a tangible focus point for what could be seen as one of the most important legal discussions of the moment— entangled as it is with borders, law, entertainment and what it means to steal, be supervised, and who owns what.”

Simon Denny, who was awarded the Baloise Art Prize at Art Basel Statements in 2012, is interested in the development and contradictions of our thoroughly mediatized society. His installations, objects, and projects focus on the connections between changes in media, commerce, aesthetics, and politics—with their ever repeated and always rapidly obsolete promise of the new.
www.mumok.at